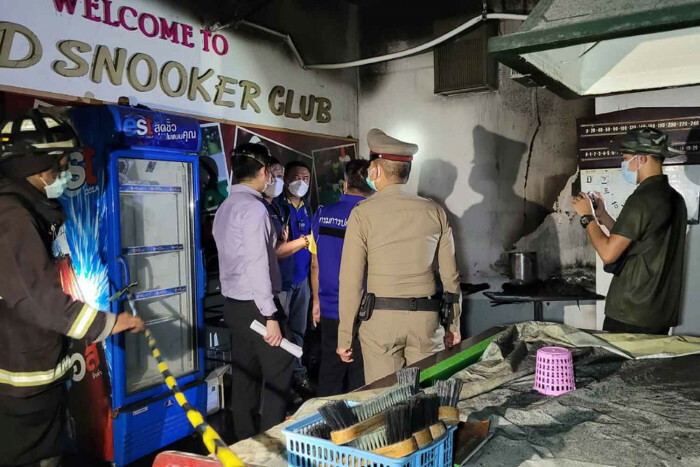 SAMUT PRAKAN: About 80 foreign visitors fled from the hotel where they were being quarantined when a fire erupted in the basement on Wednesday night, sending black smoke through the building.

The fire at the Siam Mandarina Hotel Suvarnabhumi on King Kaew Road in Bang Phli district was reported to Bang Kaeo police station about 9pm.

Ten fire engines and crews were rushed to the scene. They had the blaze under control in about 30 minutes.

The fire began in an old snooker club which was being used as a storage room.

Hotel manager Nattawut Arunanonchai said the club had been closed for nearly two years, since the Covid-19 pandemic began.

The snooker club did not suffer major damage, police said.

They found melted wall power outlets and burned wiring in the room, and attributed the blaze to an electrical short circuit. There were no injuries.

The hotel is providing an alternative quarantine service for people arriving from abroad.