Guangdong aims to double number of listed companies by 2025 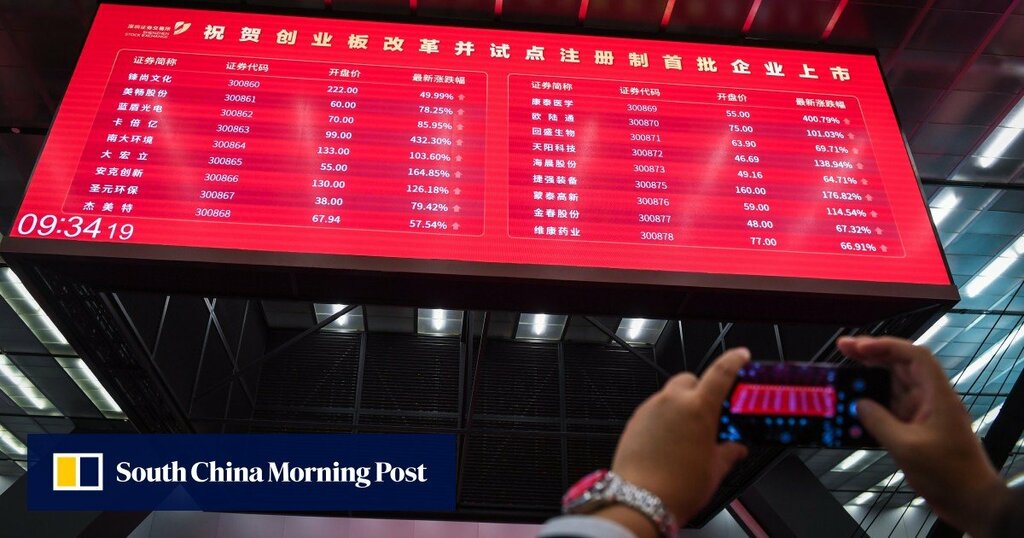 Guangdong aims to double the number of listed companies through 2025, as the richest province in China looks to the capital market to further bolster growth.

The southern province, which has nine out of the 11 cities in the Greater Bay Area (GBA), plans to have 1,500 companies listed on both onshore and offshore markets, according to a blueprint released on the website of the provincial government on Tuesday. The blueprint also mapped out targets of outstanding loans and cross-border capital flows Guangdong will need in the next four years.

Guangdong needs to “seize the historical opportunity of building the GBA and the socialist pilot zone in Shenzhen to deepen the financial reforms and opening-up, and offer financial support to the new development strategy in the province,” the government said on its website.

Currently, 737 companies from the province are listed on the Shanghai and Shenzhen exchanges, more than any other region in China, according to data provider Shanghai DZH. Some of the biggest companies domiciled in Guangdong include China Merchants Bank, Ping An Insurance Group and Warren Buffett-backed electric-vehicle maker BYD. As part of the drive, it aims to increase by a third the number of companies trading on the technology-heavy Star Market and ChiNext board.

By capitalising on China’s US$12.4 trillion stock market, Guangdong wants to retain its edge over the rest of the country. The province’s gross domestic product was 11 trillion yuan (US$1.7 trillion) in 2020, the biggest among all provinces, and accounted for almost 10 per cent of China’s total GDP. Guangdong’s GDP increased by 2.3 per cent last year, matching the nation’s growth rate.

The outline came just days after China’s central bank gave the nod to Wealth Management Connect, a cross-border investment scheme which allows residents in nine cities in Guangdong to buy such products sold by banks in Hong Kong and Macau, and vice versa. The initial total quota is capped at 300 billion yuan, with the investment limit for individuals capped at one million yuan.

The Shenzhen Stock Exchange will also be encouraged to further improve the listing rules by allowing the flotation of depositary receipts and accepting listings of companies from the over-the-counter market, according to the blueprint. Guangdong also set a target of 30 trillion yuan in outstanding loans through 2025, including extending 3.5 trillion yuan to small and medium-sized companies and US$2 trillion of cross-border capital flows.

The province also intends to start a trial programme of qualified domestic limited partner that allows investments in overseas private equities and shares of unlisted companies.

The gauge of 737 Guangdong-based listed companies has slipped 7.4 per cent this year, underperforming the 6.6 per cent decline on the CSI 300 Index, Shanghai DZH data showed.