The UN Special Envoy for Yemen, Hans Grundberg, said on Tuesday that Yemenis can’t afford to go back to the pre-truce state of perpetual military escalation and political stalemate.

With just two weeks left in a two-month cease-fire in Yemen, the envoy said he hopes the truce will be extended.

"I continue to engage the parties to overcome outstanding challenges and to ensure the extension of the truce which is set to expire in two weeks," Grundberg said.

After a closed briefing to the UN Security Council, the envoy said the truce, which came into effect in the country on April 2 left a considerable positive impact on the daily lives of many Yemenis.

He applauded the parties to the truce for taking the “courageous” steps of agreeing to it, stressing that the truce is holding in military terms and that for the past six weeks civilian casualties have dropped considerably and fighting has sharply reduced.

“Front lines across Yemen have quietened down significantly, and there are reports of increasing humanitarian access, including in some frontline locations that had previously been extremely difficult to access,” the envoy stressed during the virtual news conference.

However, he added, “We continue to see concerning reports of continued fighting involving incidents of civilian casualties despite overall reduction.”

Grundberg also mentioned that the first commercial flight in almost six years took off from Sanaa airport for Jordan’s capital, Amman, on Monday and another flight brought Yemenis back.

“We are working with all involved to ensure the regularization of flights to and from Sanaa airport for the duration of the truce and to find durable mechanisms to keep it open,” he reassured.

A second flight to Amman is scheduled for Wednesday.

“This means more fuel deliveries than during the six months before the truce,” he noted.

Grundberg then said that priority now is to implement the truce agreement’s commitment to open roads in Taiz and other areas of Yemen.

He uncovered that the Yemeni government has appointed its delegation to a UN meeting on opening roads, adding that as soon as the Houthis appoint their delegation, the UN will organize the discussion in Amman.

The UN envoy said he is not only working to extend the truce but to initiate talks on many issues so that the government, Houthis and other Yemenis can tackle critical issues and reach a political settlement to the war. 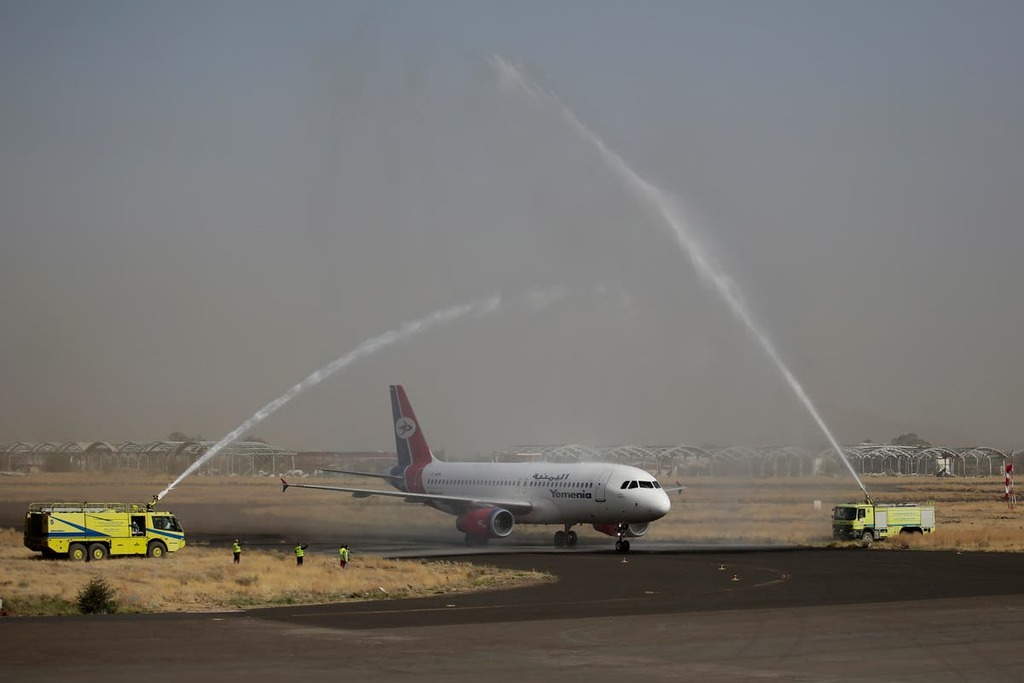 UN envoy: Talks on now to extend Yemen's 2-month cease-fire
With just two weeks left in Yemen's two-month cease-fire, the U.N. envoy to the war-torn country says talks with the…

Yemen’s Houthi rebels say the first commercial flight in six years has taken off from the rebel-held capital, Sanaa