Growing relations between Turkey, Russia is concern for Israel - opinion 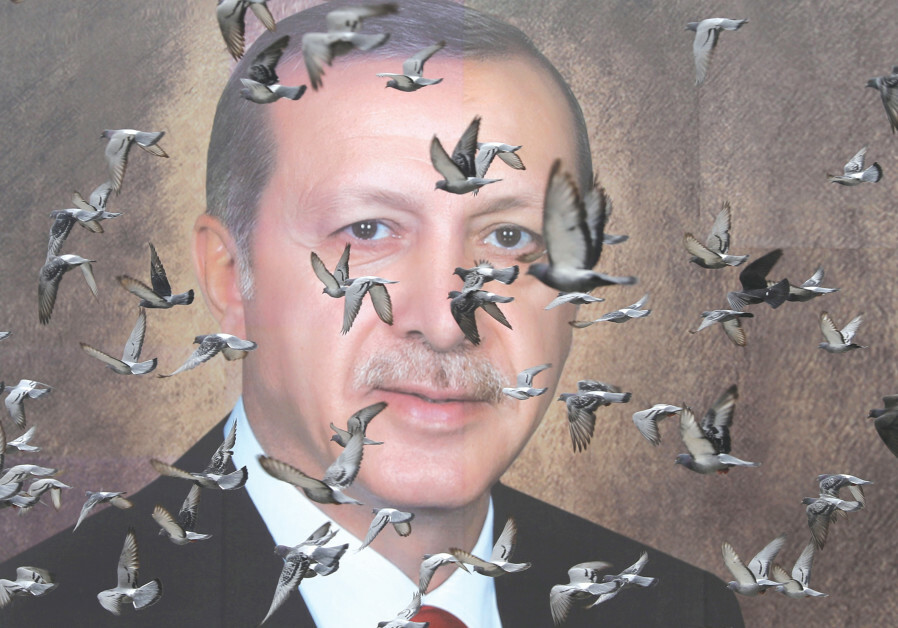 At a meeting with Russian President Vladimir Putin in Sochi last week, Turkish President Recep Tayyip Erdogan reaffirmed the growing links between Moscow and Ankara. The Sochi talks came after Erdogan failed to secure a meeting with US President Joe Biden on the fringes of the United Nations General Assembly in New York. Speaking to reporters after the meeting with Putin, Erdogan noted that he had proposed that Turkey work together with Russia on the construction of two more nuclear power plants on Turkish soil. The Russian company Rosatom is currently building a power plant in Akkuyu, in southern Turkey.

The Turkish president also said last week that Turkey still intends to purchase a second supply of the S-400 missile defense system from Russia. The purchase of the system by Turkey last year led to US sanctions on Turkey’s Defense Industry Directorate, and the cancellation of Turkish reception of the F-35 fighter jet.

In an interview with the CBS network, quoted by Reuters, the Turkish president said that “In the future, nobody will be able to interfere in terms of what kind of defense systems we acquire, from which country and at what level.”

The US State Department, responding to Erdogan’s statement, warned that any additional purchase of Russian defense systems would risk triggering additional sanctions.

The latest Turkish moves also reflect a contradiction at the heart of Turkish regional strategy, between an immediate desire to avoid isolation, and the deeper strategic goal of unilateral regional assertion and support for Sunni political Islam which are part of the core outlook of Erdogan and those around him. The understanding of this contradiction is likely to determine Israeli responses to Turkish diplomatic moves.

The Turkish move toward Russia is not only determined by Ankara’s declining relations with Washington. There is anger and concern in Turkey regarding a recent major naval defense deal between France and Turkey’s traditional rivals, Greece. The $5 billion deal, according to which Greece commits to the purchase of three Belharra frigates and three Gowind corvettes from France, will serve to sharply advance Greek defense capabilities in the Eastern Mediterranean and the Aegean Sea, at a time when tensions between the two countries over disputes in these areas are increasing.

The French-Greek naval deal follows an agreement last year in which Athens committed to the purchase of 18 fourth generation Rafale fighter jets, for $2.5 billion. Taken together with the assertive French stance against Turkish moves in the Eastern Mediterranean, these major defense deals cement a strategic alliance between France and Greece. France is now committed to come to Greece’s military aid if requested.

With major disputes extant between Athens and Ankara over air and sea rights in the Aegean, and drilling rights in the Eastern Mediterranean, it is not hard to see why the direction of events has Turkey rattled, nor why Erdogan is looking around for new partners. The US is engaged in a general drawdown in the region. Greece has been active in efforts to ensure Washington of its firm pro-US alignment in any emergent strategic competition with Russia. US anger over the Turkish purchase of Russian military equipment and over human rights violations, along with other US alliances, make Washington unavailable as a partner for Turkey’s regional ambitions.

Turkey, however, is not in a position simply to exchange Washington’s patronage for Moscow’s. On a number of key regional files, Ankara and Moscow too are on opposite sides. In Libya, Turkey supports the Tripoli-based, Muslim Brotherhood associated Government of National Accord. In Syria, crucially, Turkey underwrites a remaining area of Sunni Islamist control in the northwest of the country. Moscow, meanwhile, backs the Tobruk-based authority of General Khalifa Haftar in eastern Libya. Moscow is also committed to the Assad regime’s recovery of sovereignty over the whole of Syria. Shelling and air attacks by the regime and the Russians on the Turkish enclave have increased sharply in recent weeks, even as Turkish-Russian diplomacy advances.

TO COUNTER its potential isolation, Turkey is therefore seeking rapprochement with a number of additional regional players from which it became estranged in recent years. Efforts at Turkish diplomatic outreach are under way toward the United Arab Emirates, Egypt and, notably, Israel.

A second round of talks between Egyptian and Turkish officials took place in Ankara in September. Turkey withdrew its ambassador from Cairo in 2013, furious at the military coup that removed the Muslim Brotherhood from power in Egypt that year. Regarding the UAE, Erdogan spoke by telephone with Crown Prince Sheikh Mohammed Bin Zayed last month.

Regarding Israel, President Isaac Herzog to much media fanfare spoke with Erdogan in July. Little of substance has emerged since this call. But Israel will need to consider carefully the wisdom and benefit of any possibly short-lived rapprochement with Turkey, when set against the deeper direction of events. This is so not only with regard to Israel’s developing strategic ties with Greece, Egypt, the United Arab Emirates and France, countries which have taken and are likely to continue to take a continued stance of firm opposition to Turkish ambitions in the Eastern Mediterranean.

As Turkey continues its path of decoupling from its Cold War set of alliances, Israel may well wish to consider Ankara’s ongoing stance concerning events west of the Jordan River.

The Israeli security establishment considers Iran and its ambitions to represent the main threat to Israel’s security. An additional key long-term strategic challenge facing Israel, however, is the near parity of populations between Jews and Arab Muslims west of the Jordan. The main advantages Israel enjoys in this regard are its advanced economy and civil society, its unified state structures, and the division of the Arab population into four different political dispensations (Hamas-controlled Gaza, the Ramallah Palestinian Authority, Jerusalem, and pre-1948 Israel). Maintaining this division is a vital Israeli interest.

The only serious challenge to the maintenance of this situation in the medium to long term is the mobilizing symbols of Sunni Islam, and organizations seeking to make political use of these. Turkey, largely below the radar screen, has been energetically engaged in recent years in seeking to gain advantage in this area. Through “Dawa” (welfare-religious activities) via TIKA (Turkish Cooperation and Coordination Agency), property purchases and support for Islamist activism in Jerusalem and elsewhere in Israel, through financial contributions to Hamas-controlled Gaza, and through domiciling and granting citizenship to Hamas operatives on Turkish soil, Ankara seeks to cast itself as the protector of Islamic holy places, and the patron of the long struggle against Israel.

There are few indications of this effort bearing significant results at the present time. But it looks set to continue for as long as the Muslim Brotherhood-associated AKP and Erdogan remain in power in Turkey. Ankara’s ongoing efforts in this area, its increasing estrangement from Washington, its moves toward Russia and its direct opposition to Israel’s closest and emergent regional allies mean that imminent rapprochement between Turkey and Israel is unlikely, and excessive effort toward it is futile and probably inadvisable, for the foreseeable future.