“Those last few laps were intense,” grinned Huff, whose previous outing in Richard Meins’s monster was in 2018’s Le Mans Classic. “Ten laps from the end, the engine [a Chevrolet V8, not the Oldsmobile that powered actor Paul Newman/Mike Brockman in period] dropped a cylinder and the Jags were all over me. Donington is so fast, the perfect place for these cars. I only just kept Andy behind. It was wonderful. They had more downforce, but I had more grunt until the engine note changed. I remembered my MGB racing, when this happened often, so backed off.”

The three-hour RAC Pall Mall Cup Pre-’66 finale was won inside 10 minutes when Jon Minshaw called Phil Keen in under a safety car, then drove his E-type beautifully for the maximum 85 minutes before reinstalling Keen. Similar tactics secured Chris Chiles, 77, and Chris Jr second in their Gary Spencer-run Shelby Cobra. They finished a lap down, 22s before Roy Alderslade’s Daytona Coupe in which Andy Jordan excelled.

The Force was strong with Thomas Gadd as he guided his Jedi to a brace of F1000 Championship victories at the opening Silverstone round for what was almost the perfect start to his campaign.

The 2019 Locost champion stormed through from ninth in the partially reversed-grid race, which was held under threateningly dark clouds that ultimately failed to produce rain over the course of Sunday. Fourth by the end of lap three, Gadd displaced Edward Falkingham and Dan Gore in quick succession before hunting down race-leading series debutant Matthew Higginson.

The multiple RGB champion was unable to prevent the inevitable and conceded the lead into Brooklands just past the halfway point in the 13-lap encounter before enduring pressure from Gore in the closing stages, which he did successfully.

Gadd had an easier time of it in the third race – he started from pole and was never challenged as he steadily pulled away from the pack, which was initially headed by Gore. Ben Powney found his way past Gore into Brooklands on lap eight of 17. By the next tour, Rob Welham had moved into third, and the podium positions remained unchanged until the flag.

Race-one polesitter Gore also lost out to Matthew Booth before the end, having run slightly wide at Brooklands with a handful of laps remaining. Booth had already got the better of Gore in the opener on Saturday, held in bright sunshine, with a thrilling dive to the inside of Brooklands, while Gadd climbed from sixth to second.

While Gadd almost completed the perfect weekend, reigning champion Lee Morgan endured a nightmare. Fuel issues in qualifying put him down the order, and he was unable to even make the start of race one. With his engine changed overnight, Morgan surged through from the back in Sunday’s opening race to finish fourth but retired from the finale with more mechanical problems.

Craig Land won both Locost races, but the margin of victory in each was significantly different. The polesitter was part of an 11-car lead battle in race one as he, Martin West, Shaun Brame and Todd Boucher all took turns at the front. It was West who led out of Luffield for the final time but, in typical Locost fashion, Land slipstreamed past his rival to win by 0.02 seconds. Land did the unthinkable for a Locost race in the sequel, managing to gap the squabbling pack and come home the winner by 7s, with David Martin best of the rest.

Reigning Toyota MR2 champion Aaron Cooke was in a class of his own as he dominated both races aboard his Roadster, while Adam Lockwood was his closest challenger on each occasion. Donington Park double victor Shaun Traynor could only salvage seventh and eighth places respectively.

It was a similar story of dominance in the Alfa Romeo contests, where Scott Austin managed the reliability of his 156 to claim a brace of wins, having showcased the car’s capabilities with victory at the final round in 2021. Former champion Tom Hill (GT) came home second each time and was the top V6 runner, while reigning champion Barry McMahon was absent from this, the opening round. The closest battle on track was for the Twin Spark Cup, with Jon Billingsley’s 147 glued to the back of Andrew Bourke’s 156 in both races but unable to find a way past.

Matthew Weymouth (BMW E36 M3) inherited Roadsports victory after long-time leader John Munro was disqualified just 10 minutes from the end when his Lotus Elise S2 was deemed to be producing too much noise due to a problem with the exhaust. Rob Boston’s Elise took Class B honours in second, with John Munday’s Honda Civic third.

Peter Bove guided his Darvi 88 P to both 750 Formula wins, but the reigning champion didn’t have it his own way in race two. Oliver Collett (Racekits Falcon) had shadowed Bove in the opener and got the jump on him in the sequel, but a spin at Brooklands on lap four forced Bove into avoidance and dropped Collett to second again.

Poor starts from Owain Rosser, like at the opening round at Croft, threw away any realistic chance of claiming a maiden win in the Clio Sport Championship, in which Andrew Harding doubled up for his first car-racing victories. Rosser recovered to second in the opener after initially dropping to seventh, and put Harding under race-long pressure in Sunday’s race, where newer 197s finished in the top four places. Reigning champion Jack Dwane was the highest-placed 182 runner both times in fifth.

A spectacular engine blow-up for Tate Taverner’s Honda Civic Type R at Brooklands on the opening lap of the first Hot Hatch race had a significant bearing on the result. Leader Ryan Polley was the first on the scene next time around and slid wide on the dropped lubricant, allowing the similar Civic Type R of Philip Wright past for the win. Polley made no mistake in the sequel, in which Wright chased him home.

Despite contact with Scott Ward at Brooklands, which almost sent him into a spin, Lee Scott’s similar Ford Fiesta XR2i eventually came out on top in the first Classic Stock Hatch race. He made an early break in race two as Ward battled with Pete Morgan for the runner-up spot.

With Croft treble winner Ben Short not in action, Ben Abbitt took the opening MX-5 Cup win by 0.12s from George King after leading throughout. Roles were reversed in race two by an even narrower margin of just 0.01s.

Reports by Marcus Pye and Stefan Mackley. Photography by Mick Walker and Steve Jones. Want more reports from the world of national motorsport? Subscribe today and never miss your weekly fix of motorsport with Autosport magazine 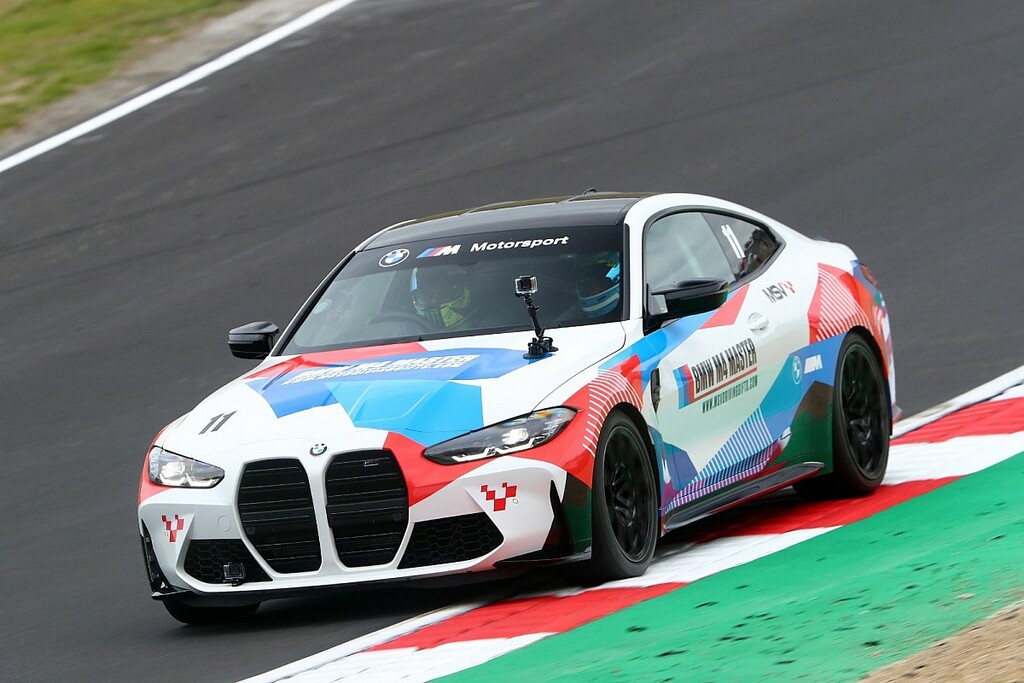 The weird and wonderful from national racing this week
From the unexpected tutoring of a motorsport legend to a surprisingly good race that featured just four starters, there were…

Autosport
One subscription that gives you access to news from hundreds of sites
From Vice to F1: The story of Miami's other grands prix

Across his career Karl Wendlinger competed in a comprehensive range of the great and the good cars, but his pick…