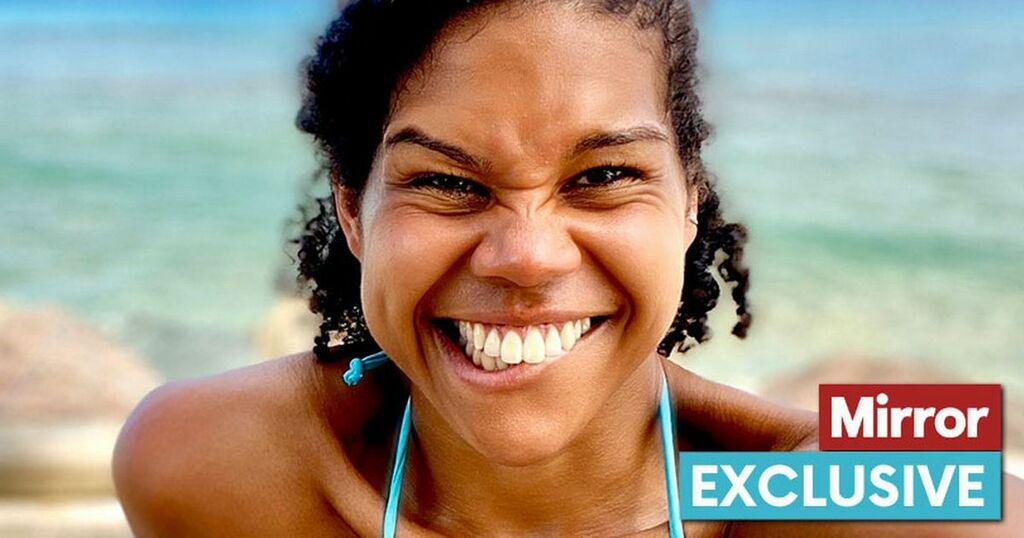 Kate Spencer might play a hateful, manipulative blackmailer in Coronation Street, but off screen she couldn’t be more different.

Away from the Cobbles, the actress casts off her role as twisted mum Grace Vickers, and still carries out her voluntary job in the box office at Derby Theatre.

Kate, 29, says: “Acting fulfils a lot of me, but it doesn’t fulfil all of me. I like doing other things, so I currently work in a box office as well – with Coronation Street ’s approval. If I’ve got a quiet time with my storyline, I go back to Derby and work in the box office. I’ve been there for five years.

“I also mentor young people in foster care, and I lecture at my old drama school. I really enjoy it. I learn a lot about myself and other people and the world.”

Kate joined Corrie in 2019, and confesses she’d always been star-struck by the soap’s actors.

As a teen, she spotted Sally Dynevor, who plays Sally Metcalfe, at the Hard Rock cafe while on holiday in Chicago and begged for her autograph.

“I did that awkward embarrassing thing where I went up and asked her to sign my napkin,” says Kate. “I kept the napkin for two months to bring home to my mum, who is a ­massive fan.

"When I joined the show, I introduced myself to Sally and told her that I’d asked for her autograph. She was quite surprised, but she said, ‘Oh, your mum must be really proud!’”

Kate is currently in the middle of a shocking storyline in which Grace cruelly blackmails Ed and Aggie Bailey – grandparents to her daughter Glory.

After her ex, Michael Bailey, told Grace he wanted to co-parent Glory but didn’t want a relationship with her, she coldly told Ed and Aggie that unless they provided a house for her, she would leave the area and they would never see their granddaughter again.

“She’s fun to play because she’s so different to me,” Kate says. “She’s very conniving; a dangerous individual. What she’s doing is blackmail, and I find it really hard to find any justification.”

Away from the soap, Kate somehow finds time to keep fit, and regularly competes in half-marathons. Five years ago, she shed almost four stone after ­taking up running.

“I’ve always been very sporty, but I also ate a lot and I decided to change that,” she says. “Chocolate and Ben & Jerry’s ice cream and peanut M&Ms were my thing, so I cut back on them.

“I took up running to lose weight, but now I do it for health reasons – the benefits mentally as well as physically are great.”

October is Black History Month, and Kate explains how her dad tried to protect her from racism after being subjected to it himself.

When she applied for a Saturday job as a teenager, her concerned dad Don advised her not to include a photo with her CV in case bosses ruled her out because of the colour of her skin.

Ten years later, things could not have been more different. When Kate auditioned for Corrie, the show was specifically looking for a mixed-race actress.

But back as a teen she says her dad “was covering bases”. She adds: “He thought that potentially some people might not employ me because I was an ethnically diverse person.

“Similarly, when I was coming up with stage names at university, I considered using my middle name Alanya. But then I thought that if I say my name is Alanya Spencer, then people will have certain ideas of my ethnicity, whereas Kate Spencer could be anyone.”

Her dad is the son of Jamaican immigrants, who were part of the Windrush generation.

As a teacher, he ­suffered vile racism.

Kate says: “He was the deputy headteacher and he used to go into school really early and the police stopped him. He was dressed in a suit, but it was 6am and they thought he was breaking in.

"Then when he was working as a headteacher at a comprehensive school in Derbyshire, there was racist behaviour. One time, when parked in the school playground, he had his car written off because the word n***a was keyed down one side of it, the aerial was snapped off and all four tyres were punctured.”

Growing up in a ­village in Derbyshire with Don and mum Ann, also a teacher, Kate and her sister Yasmin were just two of five children of an ethnic minority out of 200 at her primary school. Yet she rarely experienced discrimination.

She says: “Once I was playing in a park with my sister and some other children started saying they only liked white chocolate cookies, they didn’t like black chocolate cookies. That was the only occasion.”

Kate has nothing but praise for the show for raising awareness of racism in recent hard-hitting storylines.

In one, Grace was a victim of racial profiling by a store security guard.

In another, unconscious bias led to the wrongful arrest of James and Michael Bailey.

“They’re doing a really good job of showing what is happening,” says Kate. Before Corrie, her TV experience amounted to a role in a single episode of Doctors, so she was overjoyed when she was taken on.

“It still feels bizarre that I get to walk around Coronation Street,” she adds. “If ten-year-old me saw me now they’d be like, ‘Oh my God!’”

Kate recently got engaged to Formula One coach Paul Walker, and they plan to tie the knot next year.

Grace has turned out to be the daughter-in-law from hell, so how do her real-life, soon-to-be in-laws feel about Kate marrying into the family?

“They think it’s hilarious,” she says. “But they obviously knew me way before I started playing Grace, which was lucky!”