Not content with exposing our midriffs and chests this season, fashion has found a whole new area to leave undressed: the undercarriage.

Enter this summer’s funniest trend: chaps, those crotchless over-trousers that were once the preserve of actual working cowboys – and, of course, actors playing at being cowboys.

Steve McQueen and Yul Brynner set the cultural benchmark for chaps in the 1960 western The Magnificent Seven – nothing quite like a pair of sturdy suede chaps for adding that potent swagger.

After all, if you want to symbolise a cowboy’s tough exterior, it’s chaps that costume designers turn to – see also Benedict Cumberbatch, playing the aggressive alpha male rancher Phil Burbank in Jane Campion’s Oscar-winning movie The Power of the Dog.

Whip off the undertrousers, though, as high fashion has done in recent weeks, and the vibe is altogether more Village People.

This week, the American designer Thom Browne drew gasps and giggles at Paris fashion week when he closed his menswear show with a raunchy cowboy character dressed in beautifully tailored but fabulously risque tweed chaps with a matching jockstrap, cowboy hat and boots.

Meanwhile, the Parisian menswear label Casablanca sent out models wearing rancher-style chaps that exposed their bikini lines and derrieres. And a couple of weeks ago, the American rapper Megan Thee Stallion broke the internet by baring her bottom in chaps-style jeans while modelling the latest Mugler collection.

What could possibly explain the sudden arrival of “assless” chaps, as they’re called stateside? In part, says Lorna Hall of the trendspotting agency WGSN, “it’s about fashion’s western revival and 00s styling”. Chaps are a handy development if you feel as if you’re not quite communicating your rodeo vibes with just the double denim, suede fringing and cowboy boots.

But of course, it’s more than that. It’s about sexuality and our newfound ownership of it, says Patricia Maeda of the trends forecasting agency Fashion Snoops. “That aligns with the emotional shift post-pandemic where women want to celebrate life and their bodies.” Men too, hopefully.

Twerking, and its glorification of the humble bottom, has played its part in normalising the exposure of the nether region. Chaps have proved a fashion favourite for twerkers – among them, Doja Cat and Lizzo – given that they offer an uninterrupted, bootylicious view.

So does fashion actually expect the rest of us to wear chaps – or merely to be amused when celebrities do? (Take your pick, from Christina Aguilera reprising her love of chaps at LA Pride earlier this month to Beyoncé’s own Ivy Park denim cutout version.)

Certainly, Thom Browne is keen for “whoever wants to wear them to wear them, and to have fun doing it”. And while they’re not exactly flying out of the shops, interest is up: Depop reports a 10% increase in searches for chaps between May and June. Mostly, civilians are wearing them at festivals, where the usual rules of sartorial decorum don’t apply – if you can pull off nudity, you can pull off a bare booty (Etsy even has a “festival chaps” section).

“It’s about post-pandemic hedonism and the strong urge to party,” says Hall. Yet if you’re wondering why anyone would want to wear bum-baring chaps to a party, the connection, adds Hall, is the party element of Pride and the LGBTQ community. “There’s a subversive, sexy element to chaps, but it’s light and fun.” Should proof be needed, see Ru-Paul’s Drag Race and its “chaps on the catwalk” category.

Think again, though, if you think this trend is one that you’ll be quietly sitting out. The trendspotters predict that it’s going to creep up on us: “All these things influence how we push at the edges of what seems reasonable to wear,” says Hall. “Look at Rihanna and what happened with maternity wear.”

While the bum-baring version may be best left to festival attire, adds Maeda, “We’ve seen new interpretations of the item taking shape – particularly in denim – which are a lot more wearable and de-fetishised.” 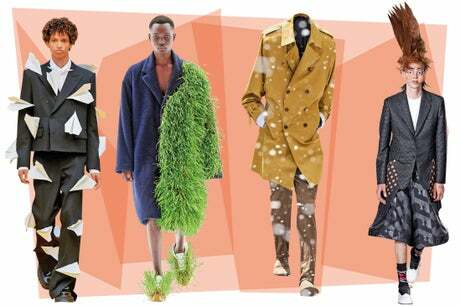 Upgrade your sneaker game with a pair of fresh white kicks

When Aoife McNamara began studying fashion at the Limerick School of Art & Design, she often shopped at Zara and…