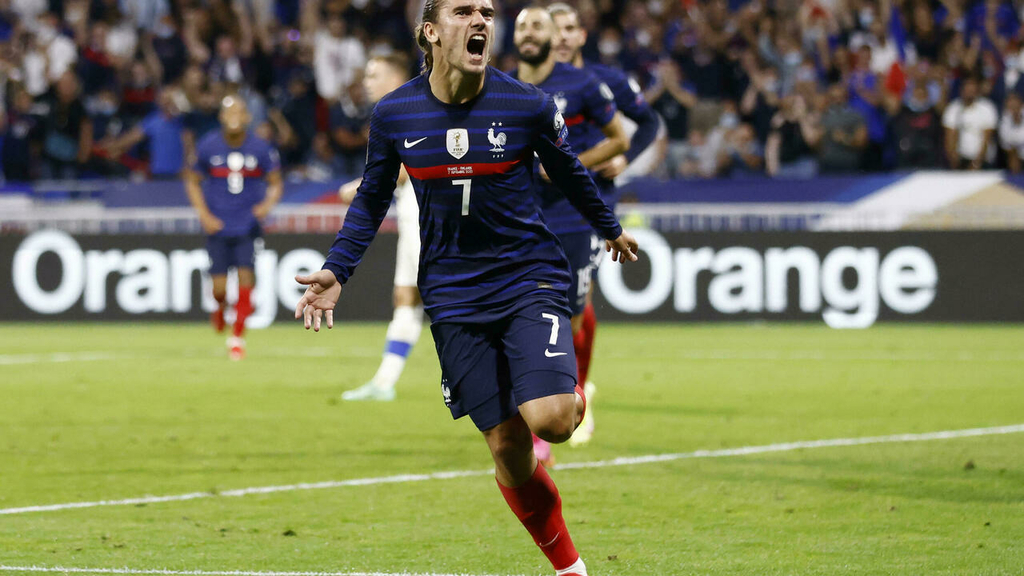 Griezmann struck the opener in the 25th minute on his 97th appearance for his country since making his debut in February 2014.

The hosts failed to press home their advantage in front of the 57,000 partisans at the Groupama Stadium in Lyon.

But Finland - who beat France 2-0 in a friendly at the Stade de France in November 2020 - appeared blunt in attack and devoid of ideas in midfield.

However, France boss Didier Deschamps attributed that impotence to his players who had jeopardised their chances of automatic qualification for the tournament in Qatar with vapid displays against Bosnia and Herzegovina on 1 September and in Ukraine three days later.

"The players knew that there was no other choice than to come out and show their determination," Deschamps told French broadcaster TF1.

Griezmann added his second 10 minutes into the second half after neat interplay between Karim Benzema and Leo Dubois on the right hand side of the penalty area.

Five minutes later Griezmann missed a good chance to notch up a hat trick and effectively seal the match. With only the Finland goalkeeper Lukas Hradecky to beat, he lashed the ball over the right hand side of the crossbar.

The victory ended a confidence sapping sequence of five consecutive draws for Deschamps' men. They had not won a competitive match since seeing off German at the European championships in June.

France top Group D with 12 points after six games. Ukraine, who have played five games, lie in second on five points ahead of Finland on goal difference.