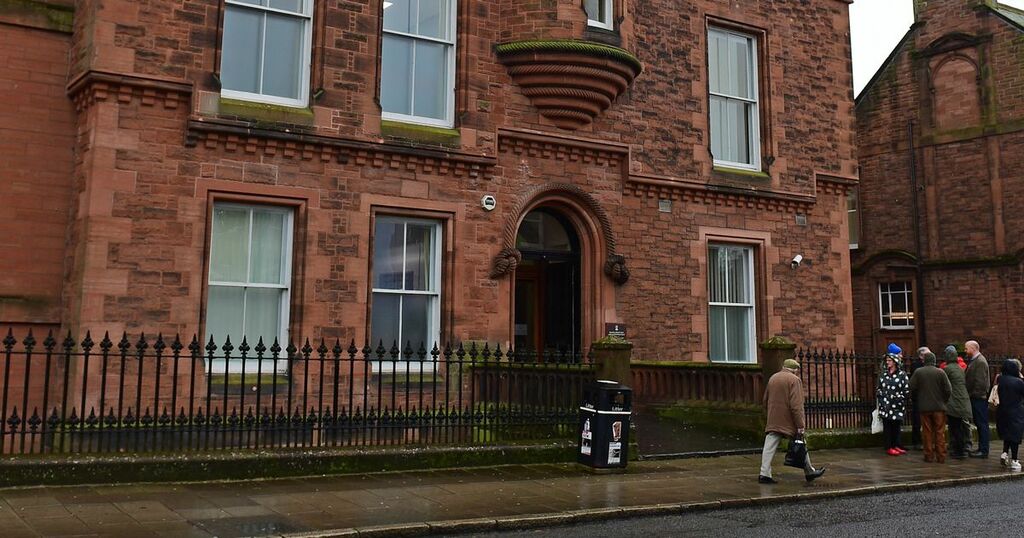 A shocked sheriff slammed a Gretna man’s “appalling record” and said he was lucky to escape jail.

Ricky Addison, formerly of Lockerbie, stood in the dock at Dumfries Sheriff Court and admitted a string of offences against a woman including threatening to strangle her and break the victim’s neck.

He also appeared before Sheriff Colm Dempsey on a report of his community payback order and how he had been responding.

But after glancing at Addison’s previous convictions Sheriff Dempsey blasted: “You have the most appalling record for domestic abuse and you are perilously close for a period of imprisonment.

“Any more (of this behaviour) and that’s where you’ll go.”

Addison, 26, of Raeburn Crescent, fired a tirade of abuse at his partner and pleaded guilty to breaking a non-harassment order by repeatedly contacting the woman between June 16 and 19 this year at Three Trees Road, Newbie, and elsewhere in the region, and sending voice messages and texts via Whatsapp and shouting, swearing, uttering offensive remarks and threats of violence and, during the course of a videocall, adapting an aggressive demeanour then shouting, swearing, attending her property and repeatedly uttering threats of violence towards her.

Senior depute fiscal, Jennifer McGill, told the court: “The accused and the complainer had been in what could be described as an on-off-relationship for about two years and were separated at the time of this incident and stayed apart from each other.

“The accused was subject to a non-harassment order which was imposed on June 16. He was in contact with her and she responded and wanted to keep in contact thinking he would stop financial support.

“In the first couple of days she was responding to his messages but about June 18 she began to receive voicemail messages from him calling her an idiot and various other insults.

Ms McGill added during another call on Saturday, June 19 this year Addison became aggressive and she hung up.

But he called backed on a video call and threatened to “strangle her and break her neck”.

The police were contacted and were able to review the messages.

Addison’s defence lawyer, Tanya Steel, said: “At the time of this offence he was abusing drugs and alcohol.

“It’s no excuse for his behaviour and he has been able to reflect on that. He’s in a much better place now.”

Sheriff Dempsey said of his community payback order report: “It is a positive report and there is a sea change in your behaviour. But you have the most appalling record for domestic abuse.”

He then sentenced Addison to 140 hours of unpaid work to be completed within a year and told him it was an alternative to prison.

Sheriff Dempsey also said it was a discounted sentence for Addison’s guilty plea otherwise it would have been 210 hours.