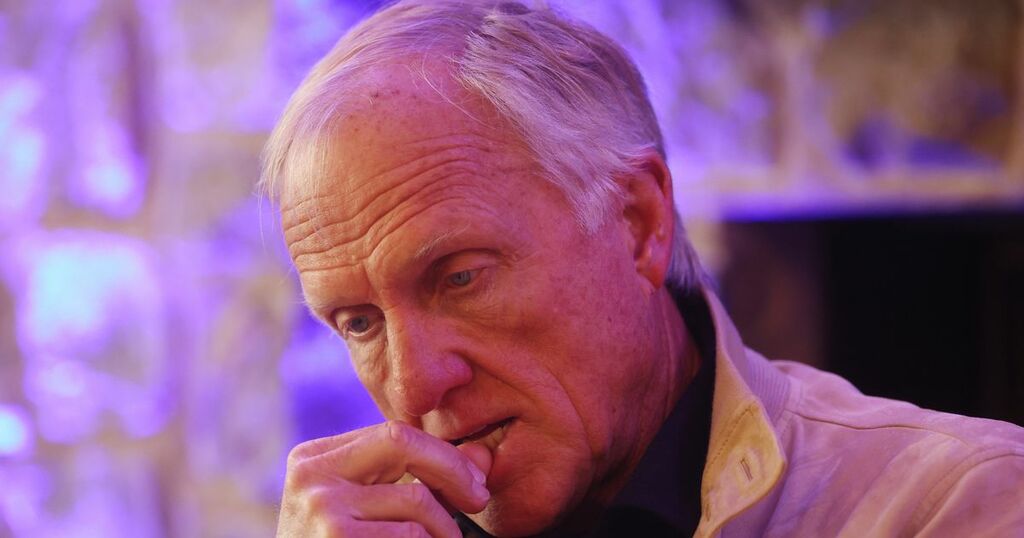 Daily Mirror
‘We’ve got your back’: Greg Norman promises to defend players on Saudi-backed tour

Sports Illustrated
From analysis to good news, read the world’s best news in one place
Hamlin "emotional" after Busch claimed win for his 23XI NASCAR team

Former World No. 1 Greg Norman has been condemned for suggesting ‘we’ve all made mistakes’ when questioned on Saudi Arabia’s human rights record and the murder of journalist Jamal Khashoggi.

Norman is the CEO of the LIV Golf International Series, the new and wholly controversial £207m competition. The first of eight events - which is designed to compete with the PGA Tour - takes place at Centurion Club near London in June.

However, while Norman attended an event set to promote his new series, most questions surrounded accusations of ‘sports washing’ and the murder of Saudi journalist Khashoggi at the Saudi consulate in Istanbul. The Australian’s response was hauntingly nonchalant.

“Everybody has owned up to it, right?” Norman said. “It has been spoken about, from what I've read, going on what you guys reported. Take ownership, no matter what it is.

Back in February 2021, a US intelligence report revealed crown prince Mohammed bin Salman was complicit in Khashoggi’s killing - an allegation which has been denied. Bin Salman is chairman of the Saudi’s Public Investment Fund (PIF) which bankrolls many sporting events, including boxing, Formula 1, football and now golf.

Norman suggests he had secured an extra $2billion - £1.64bn - from PIF to allow his LIV Golf project to run for ‘decades’. On Wednesday, Norman - who won two Open Championships - admitted he has not met Bin Salman and claimed he has no problem if players who join the series speak out against the human rights issues.

“Every player is entitled to their opinion and their voice,” the 67-year-old said. “This whole thing about Saudi Arabia and Khashoggi and human rights, talk about it, but also talk about the good the country is doing to change its culture.

“There are not many countries that can stand up and be proud of that. They can't be proud of their past - there are a lot of countries in this world that have a cross to bear too - but they are looking after the younger generation.”

Norman told the BBC on Tuesday that he had five of the world’s top 50 signed up to play the upcoming London tournament but the PGA Tour statement threatened anyone looking to play in the LIV Golf series with bans. Norman insisted LIV Golf had injunctions ‘ready to go’ if the PGA and DP World Tours attempted to ban players after denying their release.

The inaugural 54-hole $25m (£20m) tournament is taking place at Centurion Club, 30 miles north of London, from June 9-11. Norman expects to announce some of the field next week during the build-up to the US PGA Championship while the final field set to be confirmed on May 27.

Phil Mickelson, Sergio Garcia and Lee Westwood are among the players who have sought permission from the PGA Tour to play. Norman added: “We are going to back up the players.

Do you think the LIV Golf International series will truly rival the PGA Tour? Let us know in the c omments section.

“It will be the player's choice. I'm not going to begrudge any player who makes a decision to play wherever he wants. We're giving them the ability because we believe LIV is here for a long period of time.

“If you want to go exclusively to the PGA Tour, happy days, go do it. I guarantee that a lot of people will come eventually to play with LIV Golf. I’ve said to the players, 'we've got your back, simple as that'. We will defend, we will reimburse and we will represent.”

Total prize money for the eight events - five of which are scheduled to be held in the United States - will be over £200million and the seven regular-season tournaments will have total purses of £20m, which would be the richest in professional golf, with £16m in individual prizes and £4m for the top three teams. The top three individuals after the seven regular-season events will also share a £24m bonus.

The season-ending team match-play championship is scheduled for October 27-30 at Trump National Doral in Miami. It will provide another £40m in prize money.

Daily Mirror
‘We’ve got your back’: Greg Norman promises to defend players on Saudi-backed tour