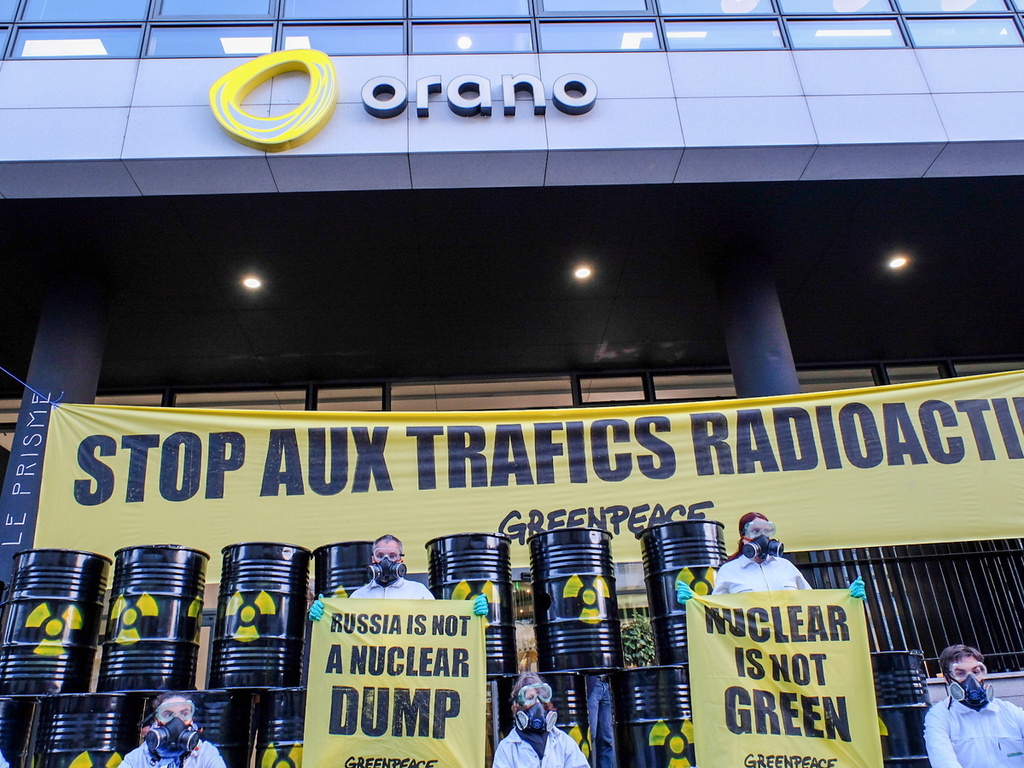 Greenpeace activists protested outside the headquarters of one of France's state-owned nuclear companies on Tuesday, calling for the country to stop all exporting and plans to export its reprocessed uranium to Russia.

They carried banners reading "Nuclear is not green", "Stop radioactive trafficking" and "Russia is not a bin".

In a statement, the group called for France's environment ministry to reclassify reprocessed uranium as waste and organise its long-term storage in France - rather than shipping the stocks to a site in Siberia for conversion into nuclear fuel.

Citing France and Russia's existing uranium reserves, Greenpeace said the reprocessed material could be stored for an "unlimited time" in Siberia where it may cause environmental harm.

Nuclear reprocessing is the chemical separation of products from spent nuclear fuel, which generates reusable uranium and plutonium that can be used in power plants and nuclear weapon projects.

New uranium was for years a cheaper alternative to the reprocessing and re-enriching of used uranium.

Greenpeace said most of the uranium sent to Russia would stay there without being reused, and that transporting the nuclear material was "environmental, social and economic nonsense".

It stressed that the material was reusable and that higher natural uranium prices now made conversion more attractive.

EDF, which signed a deal with Rosatom's subsidiary Tenex in 2018, said it would not send its first shipments before it received guarantees the site there respected "technical and environmental" requirements.

The materials would be converted to fuel in Russia before being sent back to EDF's own nuclear plants in France.

France derives around 70% of its power from some 56 working nuclear reactors, though the government aims to cut this to 50% by 2035.