Green MP Julie Anne Genter reveals why her second pregnancy is different: 'Never been so emotional' 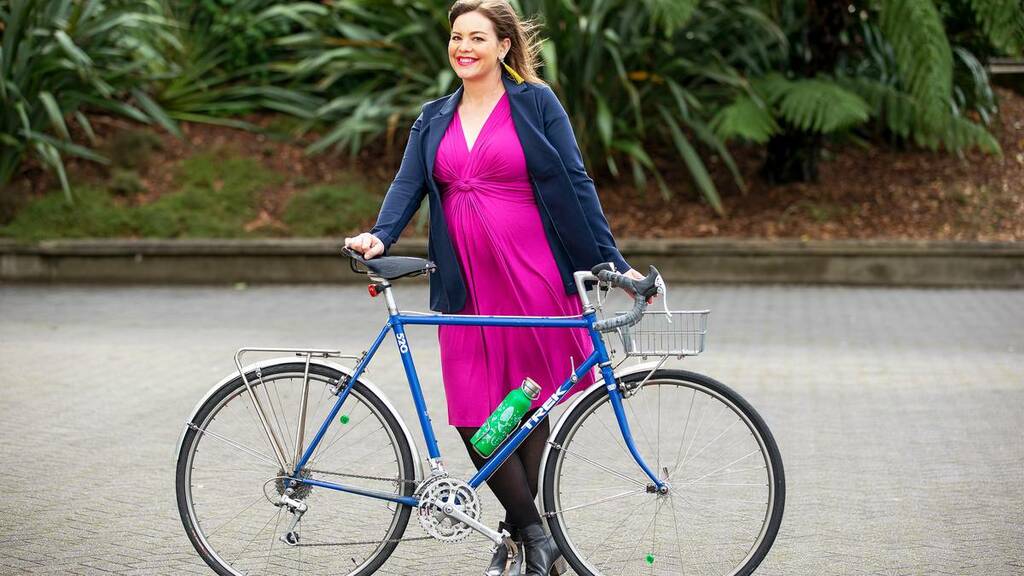 In August 2018, when Green Party politician Julie Anne Genter was about to have her first child, she cycled to the hospital with her partner Peter Nunns.

"It was a beautiful day and we had three family members with us, but our car only seated four, so it was totally doable on an e-bike," she tells. "I posted about it on Instagram for my friends and followers. I never expected it to be a headline here, let alone around the world!"

Regardless, it made The New York Times, the BBC and The Guardian. Laughing, Julie Anne adds, "Peter's aunt in Malaysia heard it on the radio, it was on the front page in Brazil and Argentina's Minister of Transport emailed congratulating me. We thought it was hilarious. And a good distraction – induction took more than 48 hours!"

Now with Labour governing alone, Julie Anne, 41, is still busy as the Green spokesperson for 10 portfolios – and the MP's second child is due in late November. She knows the baby's sex but is keeping it private for now.

"We talk to Joaquin about a baby coming and he asks questions," she smiles. "He told me he'd teach the baby to use the toilet. He doesn't know what a baby will mean for our life. That'll be a shock initially."

Luckily, economist Peter is extremely hands-on. "He took seven months off with Joaquin when I was a minister and he'll take leave when I go back to work, probably sometime in April."

Yes, she's worried about sleep deprivation, especially with a toddler to look after too.

"Those first months with a baby, you're just focused on surviving."

Motherhood wasn't always the plan, Julie Anne confesses. "I expected it to be gruelling and difficult, which is why I put it off for so long. I was focused on making a difference in the world. Falling in love with Peter changed my mind. He wanted a family.

"The best thing about motherhood is just how lovely your child is," says Julie Anne, who suffered two miscarriages before welcoming Joaquin.

"It's wonderful to see them grow and develop a personality. What surprised me is motherhood is just as difficult as I thought, yet because you love them so much, it also isn't."

With both parents working fulltime, Joaquin goes to daycare near Parliament, but not, of course, during lockdown. Julie Anne admits, "This time's been more challenging than the last, probably because of Joaquin's age. I'm more tired. Last time, he was 19 months, so it was easier to take turns working while the other took him for walks in the backpack.

"At three, he needs more engagement and stimulation. He also has a lot of opinions now, so I have to negotiate to get him to help clean up or go for walks. It's adorable but also tiring!"

Not helping matters is the fact this pregnancy is also more difficult, with eight weeks of nausea that could only be cured by home-made hot-fudge sundaes.

"My mood's been a bit more volatile too," adds Julie Anne. "Last time, I had super-happy pregnancy hormones. This time, I sometimes feel good and other times get emotional easily, especially thinking about the future of the planet, climate change, species loss, potential oceanic collapse… I've even gotten a bit angry sometimes in Parliament when I didn't used to."

Born in Minnesota and raised in California, Julie Anne moved to Aotearoa in 2006 and immediately fell in love with the lifestyle. First elected in 2011, the transportation planner relished becoming a minister six years later.

"I felt like every day I could make a difference."

"It's not as directly effective as being a minister, but it's still important. And if something goes wrong in government, it's not my fault!"

She's particularly proud of her time as Minister for Women. "We made good progress on closing the public-service gender pay gap," she explains. "Becoming a mum while being a minister really emphasised the need for better-paid parental leave for both partners, better child-care subsidies and better investment in primary maternity care. As Associate Minister of Health, I was proudest of the huge funding injection for primary maternity care."

Might she be a minister again someday? "We'll see," she smiles. For now, she's charging her e-bike.