Green hydrogen, a new ally for a zero carbon future 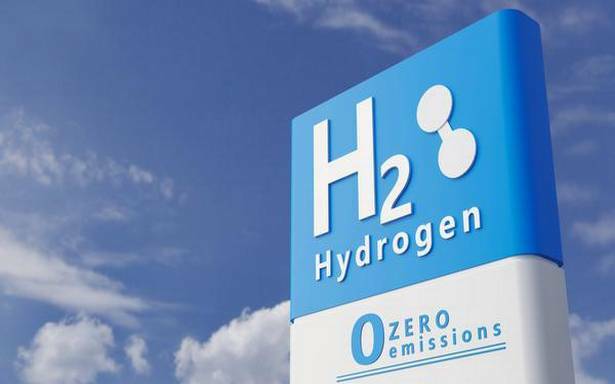 Scientists and technocrats have for years been engaged in the quest of discovering alternative fuels to fossil fuels which are responsible for the production of over 830 million tons per annum of carbon dioxide, in turn catalysing human-induced global heating. The latest studies by a battery of scientists representing about 195 countries have signalled the crucial issue of climate vulnerability, especially for the Asian countries. The forthcoming 26th UN Climate Change Conference of the Parties (COP26) in Glasgow from November 1-12, 2021 is to re-examine the coordinated action plans to mitigate greenhouse gases and climate adaptation measures.

In order to achieve the goal of an alternative source of energy, governments are placing large bets in the hope of adopting a multi-faceted practical approach to utilise ‘Green hydrogen’ as a driving source to power our industries and light our homes with the ‘zero emission’ of carbon dioxide.

Hydrogen is the most abundant element on the planet, but rarely in its pure form which is how we need it. It has an energy density almost three times that of diesel. This phenomenon makes it a rich source of energy, but the challenge is to compress or liquify the LH2 (liquid hydrogen); it needs to be kept at a stable minus 253° C (far below the temperature of minus 163° C at which Liquified Natural Gas (LNG) is stored; entailing its ‘prior to use exorbitant cost’.

‘Green hydrogen’, the emerging novel concept, is a zero-carbon fuel made by electrolysis using renewable power from wind and solar to split water into hydrogen and oxygen. This ‘Green hydrogen’ can be utilised for the generation of power from natural sources — wind or solar systems — and will be a major step forward in achieving the target of ‘net zero’ emission. Presently, less than 0.1% or say ~75 million tons/year of hydrogen capable of generating ~284GW of power, is produced.

A fresh push for green hydrogen

The obstacle of cost

The ‘production cost’ of ‘Green hydrogen’ has been considered to be a prime obstacle. According to studies by the International Renewable Energy Agency (IREA), the production cost of this ‘green source of energy’ is expected to be around $1.5 per kilogram (for nations having perpetual sunshine and vast unused land), by the year 2030; by adopting various conservative measures.

The global population is growing at a rate of 1.1%, adding about 83 million human heads every year on the planet. As a result, the International Energy Agency (IEA) forecasts the additional power demand to be to the tune of 25%-30% by the year 2040. Thus, power generation by ‘net-zero’ emission will be the best solution to achieve the target of expert guidelines on global warming to remain under 1.5° C. This will also be a leap forward in minimising our dependence on conventional fossil fuel; in 2018, 8.7 million people died prematurely as result of air pollution from fossil fuels

India is the world’s fourth largest energy consuming country (behind China, the United States and the European Union), according to the IEA’s forecast, and will overtake the European Union to become the world’s third energy consumer by the year 2030. Realising the impending threats to economies, the Summit will see several innovative proposals from all over the world in order to reduce dependence on use of fossil fuels.

The scale of interest for ‘plucking the low hanging fruit’ can be gauged by the fact that even oil-producing nations such as Saudi Arabia where the day temperature soars to over 50° C in summer, is prioritising plans to manufacture this source of energy by utilising ‘idle-land-banks’ for solar and wind energy generation. It is working to establish a mega $5 billion ‘Green hydrogen’ manufacturing unit covering a land-size as large as that of Belgium, in the northern-western part of the country.

India is also gradually unveiling its plans. The Indian Railways have announced the country’s first experiment of a hydrogen-fuel cell technology-based train by retrofitting an existing diesel engine; this will run under Northern Railway on the 89 km stretch between Sonepat and Jind. The project will not only ensure diesel savings to the tune of several lakhs annually but will also prevent the emission of 0.72 kilo tons of particulate matter and 11.12 kilo tons of carbon per annum.

It is high time to catch up with the rest of the world by going in for clean energy, decarbonising the economy and adopting ‘Green hydrogen’ as an environment-friendly and safe fuel for the next generations.

Pritam Singh is a retired Officer from an R&D institution in Dehradun. He delivers scientific lectures in colleges and universities on vehicular pollution