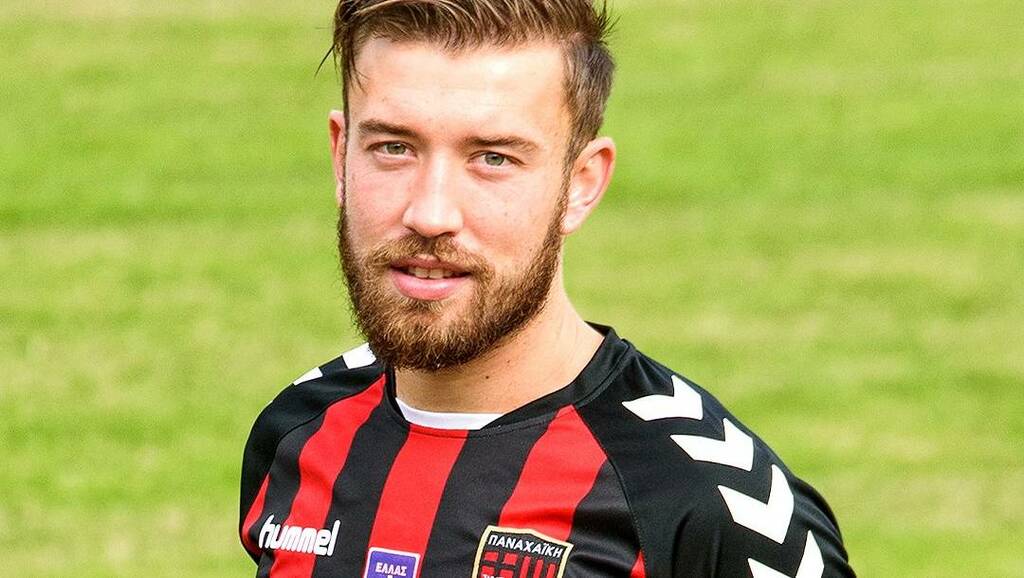 NEWCASTLE Jets coach Arthur Papas believes Savvas Siatravanis has the "attacking instincts" and the "work ethic" to succeed in the A-League.

"Savvas is an experienced player who can play anywhere across the front third," Papas said. "He is a consummate professional, and he's a player who combines attacking instinct with a fantastic work ethic."

Siatravanis has spent his entire career in Greece and is ready for the "challenge" of a new country and new league.

"This is a big challenge for me, and I will do anything possible to succeed in my career and bring that success to the Newcastle Jets." Siatravanis said in a statement.

"I am excited to join this team, the style of play suits my own qualities and I will work hard to ensure we challenge for the title."

Papas is yet to replace defensive midfielder Cameron Devlin, who last month triggered a buyout clause to move to Scottish Premier League Club Hearts, and is likely to add another two players to the list.

As reported by the Newcastle Herald last week, the Jets had been in talks with Siatravanis for weeks.

He played last season at Greek second division club Xanthi, where he was a teammate of Mikeltadze and Jets defender Matt Jurman. Jets assistant coach Arthur Diles held the same position at Xanthi.

Siatravanis, who is in Greece and had also been linked with a move to Melbourne Victory, can play as a winger or running No.10 and started 29 games for Xanthi last campaign.

Mikeltadze, a 23-year-old Georgian international, is in his first full week of training after completing quarantine last Thursday.

Boumal is midway through his quarantine period, while Penha is expected in Australia soon.

"It is always nice when you get the team all together and you can start working on different things," Jurman said.

"Beka is a quality player. He can hold the ball up, he has some pace about him as well and he is a goal-scorer.

"I only played with him for a short time but I you can see that he has got something. I am sure he is coming here to bang in the goals and make a name for himself."

Meanwhile, Australian Professional Leagues (APL) boss Danny Townsend has confirmed that the start to the A-League could be delayed.

October 30 has been earmarked for the season opener, with the W-League to kick off two weeks later.

But with eight of 12 A-League clubs based in Victoria and NSW, and a desire to play games in front of crowds, the APL is set to make a call this month on whether to push that back until after the next international break (November 8-16).

Townsend said new broadcasters Network Ten/Paramount Plus were "flexible" and "pragmatic" with competition start date and hadn't set a hard deadline on games getting underway.

The AFL and NRL seasons have been significantly disrupted by coronavirus outbreaks and lockdowns but Townsend said given the A-League's later season date, there was optimism time was on football's side as vaccination rates ramp up.

"Going from lockdown to lockdown without a clear path out of this is challenging for anyone running a professional sporting league," he said.

"But when you see that there is a strategy there to get vaccinations to 70 and then 80 per cent, they are within the time frame that we have to launch our season.

"So we're not making any drastic commitments, one way or the other at this point in time.

"We're just sensibly, watching and learning and engaging the government and the health authorities to ensure that we get our season off to the best start, and we're really focused on ensuring that fans are available in stadiums to enjoy our game.

"You only get one chance to re-launch your code. We're going through that the moment."

Wellington remain in New Zealand, which has closed its travel bubble with Australia, with the APL in ongoing discussions with the Phoenix about the upcoming season.

Townsend conceded a decision on whether the Phoenix would again move to NSW was a complicating factor in terms of getting the season under way as scheduled.

He was optimistic large-scale hubs wouldn't be required again but said the league was taking a "never say never" approach.