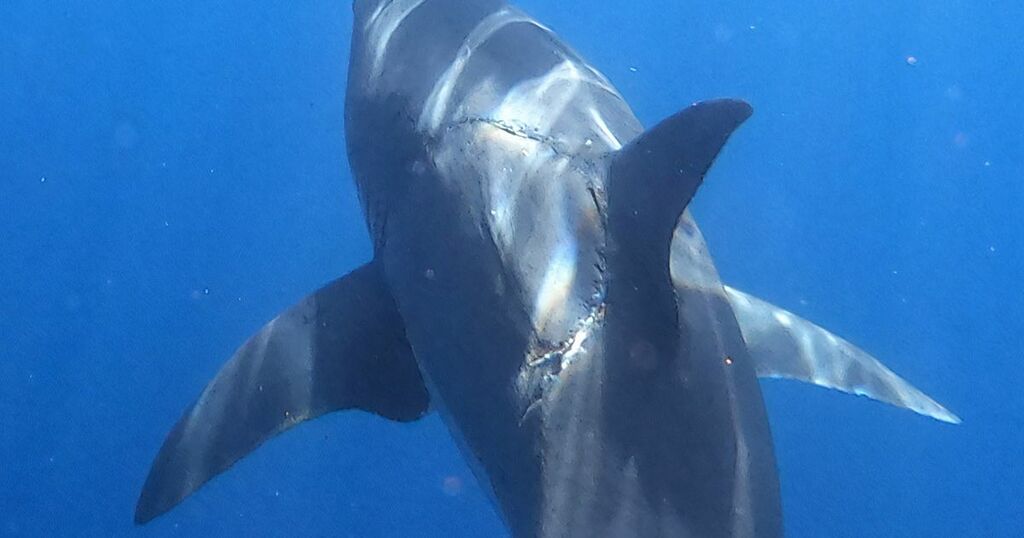 There are concerns that prehistoric monster Megalodon is back after huge bite marks were pictured on the side of a great white shark.

Diver Jalil Najafov, 40, saw the 15ft shark with the massive bite mark swimming off Isla Guadalupe in Mexico - and the huge wound has since sparked a debate as to what on earth attacked it.

Experts argued why another shark would have bitten its own kind so violently, while social media users had another much more terrifying idea, reports the Daily Star.

Jalil's Instagram post has led to speculation it could have come from a Megalodon, an ancient shark species regarded as one of the largest and most powerful predators to have ever lived.

Jalil said: “I was really surprised as I have never seen anything like this in my life."

The most common fossils that archaeologists have founder are that of the prehistoric creature’s teeth, which are larger than any shark’s teeth that they have ever seen.

This implies that the Megalodon is much larger than any shark today, Express.co.uk reports.

To understand the origins of the bite, Mr Najafov reached out to Dr Tristan Guttridge for his opinion.

Dr Guttridge, who heads the marine nonprofit Saving the Blue, said: ”I’d rule out mating probably due to position as the wound looks like it’s healed a fair bit and, although mating scars can be nasty, they are more superficial than that.

Another researcher, Michael Domeier weighed in, saying: “I’m confident this is competitive aggression.

"I keep hearing people (colleagues) describe this sort of thing as territorial aggression, but these highly migratory sharks don’t have a traditional territory.

“But they do not tolerate conspecifics except for the rare instances where there seems to be some social bond between certain individuals (documented in South Australia).

“That scar will heal to the point it won’t be a good distinguishing mark.”