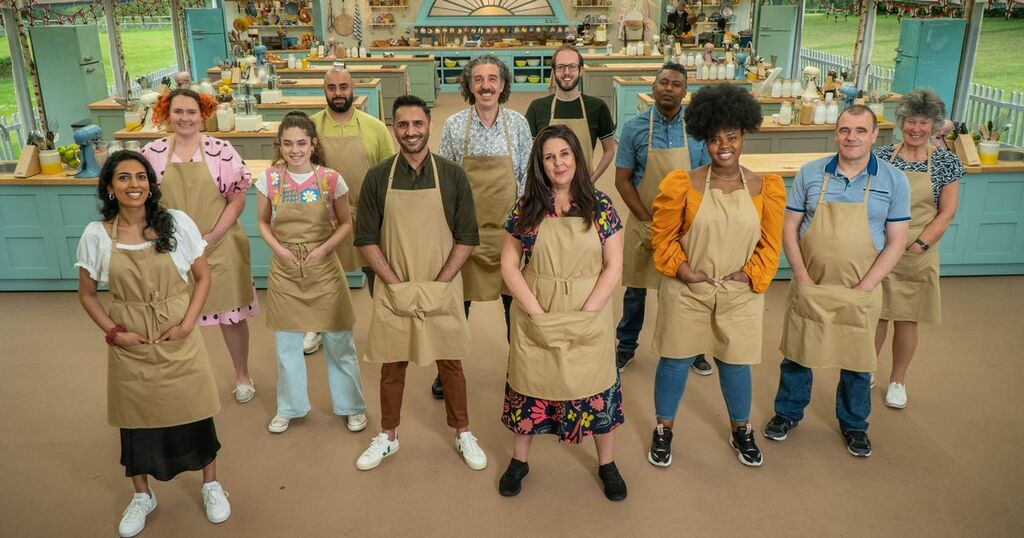 The full line-up for the new series of The Great British Bake Off has been confirmed as a batch of 12 new hopefuls head to the infamous baking tent.

It's already been revealed that the popular reality show will return to Channel 4 on Tuesday 21st September, and now the individuals taking part have been named.

The group includes a Met Police detective and a retired housewife, and all contestants will be put through 30 brand new challenges set by judges Paul Hollywood and Prue Leith, with presenters Noel Fielding and Matt Lucas presiding over series 12 of the popular show.

Paul teased that the standard of baking was "certainly the highest I've ever encountered" in the new series, which was pre-recorded.

Who are the contestants on The Great British Bake Off 2021?

Amanda learned to bake as a child with her mum and auntie before studying graphic design and working in advertising, then moving to the police.

Her baking has Greek and Middle Eastern influences and she loves painting directly on to her cakes.

She said: "I realise that lockdown was a very difficult time for most, but for me, when I did have any time off work, it gave me the perfect excuse to stay in my kitchen with a huge tub of flour and my oven.

"I baked things I never imagined I could bake like a macaron."

Crystelle is a self-confessed "bit of a stresser", and likes experimenting with flavours and textures inspired by her Portuguese-Goan-Kenyan heritage.

She began baking seriously only three years ago and loves using spices from the places she's visited into her bakes.

Crystelle said: "My baking experience was so limited, and I only applied after my sisters convinced me (with force) to do so, under the expectation that I would get rejected and try again next year.

"When I got the call, I was in so much disbelief that I actually had to call the producers back to double check that I hadn't misheard. I just couldn't believe what I was hearing. Complete and utter madness."

George is another baker from a Greek-Cypriot family who "has a keen eye for detail" and says his strength is his "creative flair".

His mum taught him to bake and he loves cooking all the Greek classics.

He said: "Lockdowns were a bit of a depressing time, baking really gave me the time and space to forget about what was going on in the world for a little while and do what I love. My baking improved a lot."

Freya, 19, a student from North Yorkshire

At 19, vegan psychology student Freya, from North Yorkshire, is the youngest baker in this year's tent.

She says she likes to be "unexpected" with her baking and is "a massive perfectionist".

Freya says it's her goal to bake so that no one can tell the results are vegan.

She said: "I've dreamt of being in the tent since I saw it for the first time in Bakewell, although I never imagined I actually would get there.

"I've always been the type of person to have huge dreams so I couldn’t quite believe one had come true."

Rochica turned to baking when she was left unable to dance due to an injury.

She says her baking is inspired by her Jamaican heritage and she loves cooking for her family.

Ominously, she says her weakness is "getting flustered and everything going wrong".

She said: "At the time of applying, I honestly thought that I was not going to be successful and I had mentally prepared myself for applying next year! I cried when I got the call confirming my place, I was overjoyed!"

Jürgen, 56, an IT Professional from Sussex

German-born Jürgen moved to the UK 18 years ago and now lives in Sussex.

The IT professional and amateur trombonist started baking when he couldn't buy his beloved German bread.

He is particularly well-known for his Jewish challah bread, and for the celebration cakes that he bakes for his loved ones.

He said: "When the call came, I had a whole mix of feelings: being very excited, the floor dropping under my feet, and: Do I really want to do this."

Jairzeno, 51, a head of finance from London

He started baking in 2014 and says "baking is like breathing" for him now.

Tom, 28, a software developer from Kent

Tom says baking was "a welcome escape" during lockdown, especially when he couldn't partake in his beloved hobbies of amateur dramatics and singing.

He has long been a baking fan, and says he was the only boy in his primary school baking club.

Tom said: "Getting into the Bake Off tent was something I'd dreamed about since I started baking, but I never imagined that it would be a reality!

"When I got the phone call I was completely stunned, it didn't really sink in until the next day!"

Giuseppe, 45, a chief engineer from Bristol

Giuseppe was born in Italy and inherited his love for baking from his father, a professional chef.

The 45-year-old, who now lives in London, says he will bring a sense of precision to his bakes.

He loves using Italian flavours in his bakes and is a self-confessed food snob.

He said: "I had been working from home therefore I could suddenly dedicate much more time to baking.

"This meant that I had the chance to practice new things and extend my baking repertoire. Probably without this extra practice I would not have managed to make it to the tent."

Lizzie says her baking comfort zone is cake, but she loves experimenting with flavour.

She prefers simple presentation with her bakes and believes in flavour and quantity over precision.

Lizzie said: "My strengths are my creativity and my ability go with the flow.

"My weaknesses are my lack of ability to be neat or to make things small."

Chigs, 40, a sales manager from Leicestershire

Chigs only started baking seriously at the start of lockdown in 2020.

Chigs said: "I never believed I would actually make it on the show but was over the moon to have been selected as a contestant – the hard part was keeping it secret given how excited I was to be on the show."

Maggie, 70, a retired midwife from Dorset

Retired nurse and midwife Maggie is this year's oldest baker at 70.

Maggie grew up with a family who loved baking and she says it comes naturally to her.

As well as baking, she loves canoeing, kayaking, sailing and going on adventures in her camper van.

She said: "My baking strengths are pastry and bread. My weaknesses are imagination and combinations of flavours - but I am working on it. No more straightforward Victoria sponges around here!"

The Great British Bake Off returns on Tuesday 21 September at 8pm on Channel 4.