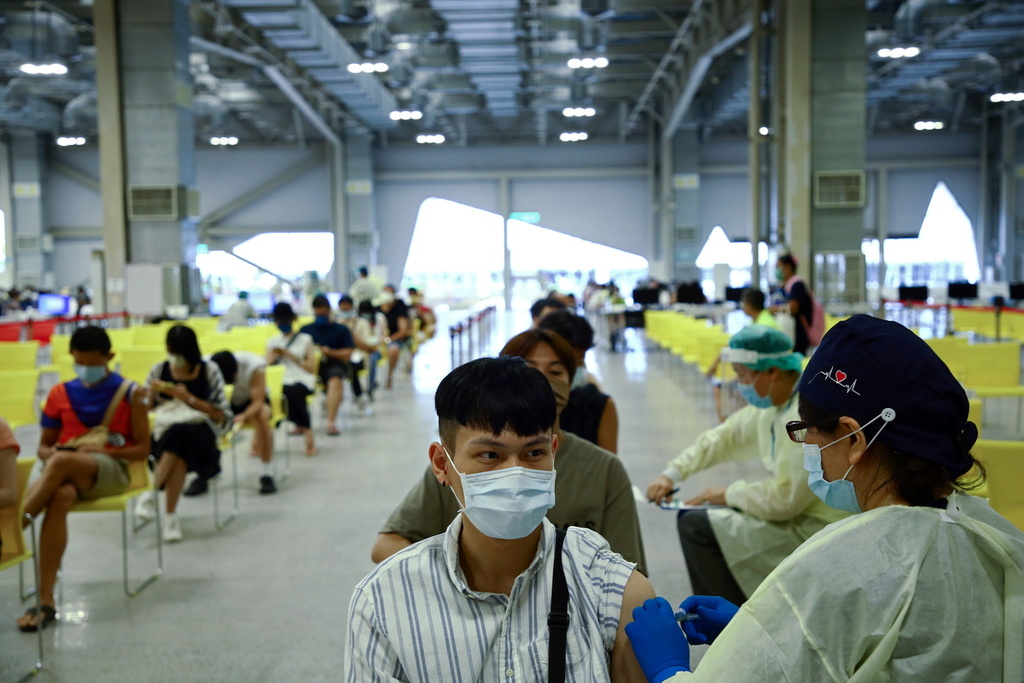 Grateful for COVID-19 vaccine gifts and other support, Taiwan will send a senior minister to head an investment delegation to three central and eastern European countries next month to boost business ties, Taiwan's foreign ministry announced on Tuesday.

Remus Chen, head of the ministry's Europe department, told reporters the 65-person group would travel by chartered flight to Slovakia, the Czech Republic and Lithuania, who have together pledged a total of 60,000 shots to Taiwan, from Oct. 20-30.

It will be led by Kung Ming-hsin, who runs the National Development Council which is in charge of Taiwan's industrial development policy, Chen added.

Taiwan's relations with the three countries have continued to improve, he said, pointing to not only the vaccine donations but also last year's visit of the head of the Czech Senate and Lithuania's decision to allow Taiwan to set up a de facto embassy, with Lithuania planning the same in Taipei.

"This shows the unity of international democratic partners and friendship," Chen said.

China, which claims Taiwan has its own territory, has been angered by these interactions, with Lithuania most recently feeling the brunt of Beijing's displeasure.

Chen said the delegation would include representatives of tech firms in particular, including electric vehicle makers, though he did not say which companies would participate.

"Taiwan has many great industries and companies. The government must be a firm backer to help them go out into the world," he added.

Major Apple Inc supplier Foxconn already has plants in both the Czech Republic and Slovakia.

Taiwan has been heartened by the support of the three European Union members, as well as Poland which donated 400,000 vaccines doses earlier this month, though the bloc has not moved on Taiwan's request to push forward with a stalled proposal for a bilateral investment agreement.

The EU has however been trying to boost cooperation on semiconductor production, tight supplies of which have especially affected global auto makers, including in Europe.

Taiwan is one of the world's most important chip makers.