Grappling with dread on the frontlines of the climate fight 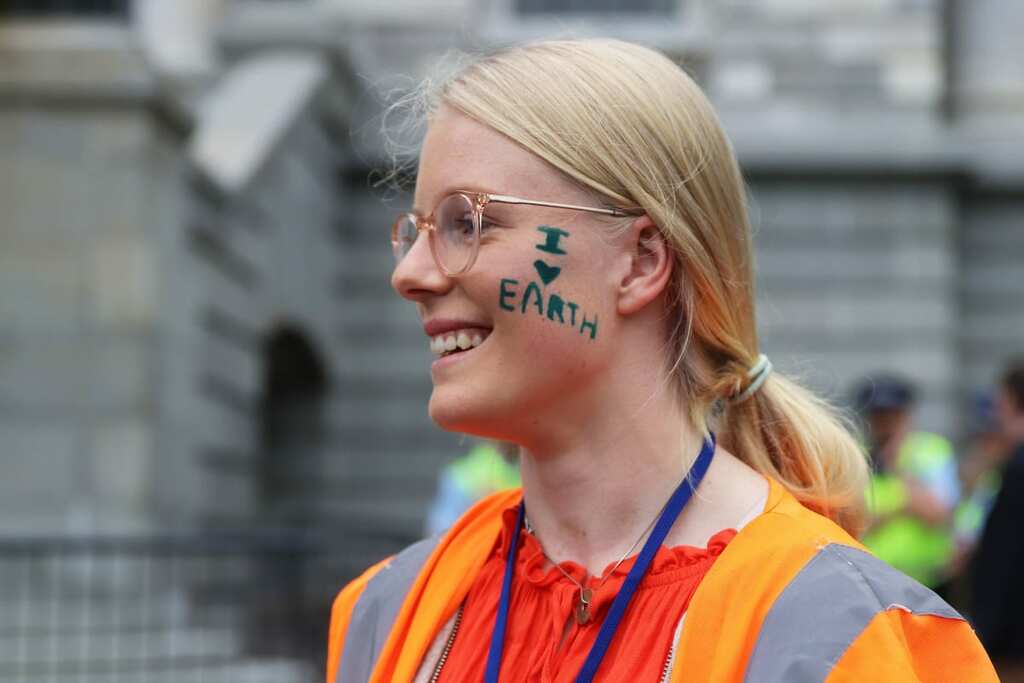 The fight against climate change takes a toll on mental health. Marc Daalder discusses that struggle with those on the frontline, from the minister in charge to students pushing the Government to do more, in the second of a two-part series on climate activism and anxiety.

Analysis: In August, a 4000-page report issued a stark warning: Climate change is happening faster than expected and some of its impacts are now locked in and can't be reversed for centuries to millennia.

The most catastrophic effects of the climate crisis can still be averted, the Intergovernmental Panel on Climate Change (IPCC) found, but it will require steep and rapid cuts to greenhouse gas emissions.

READ PART ONE:
* Why the Government needs you to protest for the climate

More than 230 climate scientists worked on the report for more than three years.

A subsequent survey of many of those authors found that most don't expect to achieve the aspirational goal of limiting global warming to 1.5 degrees above preindustrial levels.

Only a quarter thought warming would stop at or below 2 degrees – nearly half forecast 3 degrees of warming by the end of the century.

The survey also revealed that four fifths of the IPCC authors think they'll see catastrophic impacts of climate change within their lifetimes and three fifths experience "anxiety, grief or other distress" due to climate change.

Paola Arias, one of the authors, told Nature she's decided not to have children as a result of climate change.

That's news to New Zealand climate scientist and Climate Change Commissioner James Renwick, who worked on the report's chapter on water cycle changes alongside Arias. He told Newsroom that mental health struggles due to climate change are probably widespread among climate experts, but they aren't talked about very often.

"It's not something that's talked about much. I can think of a small number of the IPCC authors I've spoken to about this, over a beer or a coffee or whatever. I think it's in the back of everyone's mind," he said.

"Eco-anxiety, climate angst, whatever you want to call it, it's very real. Especially what life might be like for your family or your children, that's really worrying."

That's only compounded by the fact that Renwick's optimistic view of the future still entails a certain level of disaster. He told the Nature survey that 2 degrees of warming was most likely - more optimistic than most of his colleagues, but a prediction that would still have dire implications for human civilisation.

"It's troubling to think about, knowing that we know what's happening, we know we're causing it and yet we're continuing to do it. It's hard to get my head around it," he said.

"I guess my way of coping with it is just not to think about it too much. I'm good at compartmentalising. If you really did focus on what's happening and how it might be in 20 to 30 years, it would be hard to carry on, actually."

Climate scientists aren't the only people concerned about the future either. Many of the people on the frontlines of the fight against climate change grapple with a sense of anxiety or dread or even depression.

Sophie Handford organised the massive 2019 School Strikes for Climate protests, including the September rally which turned out 175,000 people across the country and pushed the Government to be more ambitious with its Zero Carbon Act. Now a Kāpiti Coast District Councillor, she told Newsroom that she often feels like she should be doing more.

"It comes and goes. Climate anxiety is 100 percent a real thing. Some days I'm just like, is anything I'm doing making a difference?" she said.

"Obviously as the scale of a problem grows, our response to it should also grow. That climate anxiety is real, it manifests itself in feeling like with every single waking second of the day, I need to be doing something that is contributing to the solution so the problem doesn't become this massive burden that constantly weighs me down."

Climate Change Minister James Shaw told Newsroom it's even easy for him to fall into the trap of feeling like he has to be doing more at every possible opportunity.

"I'm not going to fix climate change. But I can do something useful that's going to help. One thing that I feel incredibly privileged about is that I actually have more scale than most people do."

"The enormous privilege of teaching new generations and also the privilege of thinking about longitudinal political change is that you are constantly aware of the small role we each play that adds to a much bigger process of social change," she said.

The case for hope

Shaw said no one can carry the burden all by themselves.

"Change is a vast, complex system, so I kind of see myself as merely part of that system. A necessary but insufficient part. I think if you were to talk to any of the social psychology people who talk about climate anxiety, they will generally say that the remedy is to be actively involved in some way," he said.

"That can actually be in quite small ways. School kids planting native trees on their school grounds helps. Obviously, in the grand scheme of things, that's a tiny action. But as long as people understand that actually the change that we need is composed of billions of people taking thousands of tiny actions, then they kind of go, 'Okay, I'm part of this'."

Renwick agreed that focusing on his work makes the burden lighter.

"I try to take every opportunity to talk to people about the problem and publicise the issue. I think that helps me cope. I feel as though I'm doing something. That's what I tell myself, at least," he said.

"I could be studying some aspect of climate science that has nothing to do with the changing climate and just write papers and not talk to anyone. That's a perfectly valid way of being an academic, but I just don't see it as a particularly valid way of being a public citizen in the present situation. I feel driven to talk to anyone who will listen."

Renwick, Shaw and Handford all see a case for hope, despite the dread they grapple with.

"We have all the power to sort this problem out. We're the ones causing it, we can stop," Renwick said.

"I think it's really important that people have hope," Shaw said. "I know some people think I'm a bit pollyannaish, right? But people have got to have some hope if we're going to be able to get out the other side."

"I think the dial is shifting within the general population and that just means that hopefully governments will follow," Handford said.

"I'm really optimistic because our side, the side of activists and the side of people who are 100 percent on board, you've got Lawyers for Climate Action, you've got the Sustainable Business Council - I'm optimistic that the Government will see that and go, now we actually need to meet this rising tide of challenge, but also of opportunity.

"They are our leaders. They are supposed to be inciting hope, I believe. It's not up to young people to bring hope for humanity in the midst of this climate crisis. But I am optimistic. If I get pessimistic now, I'm like, 'No, Sophie, remember how far we have come. Remember the school strikes. Remember the 170,000 people that were a part of that.'