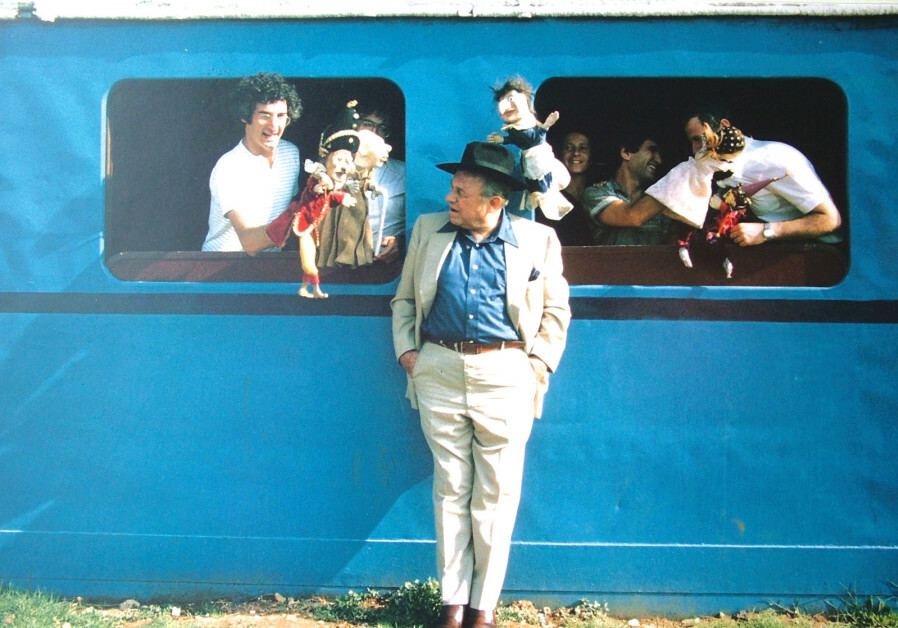 The old adage of where there are two Jews there are three opinions, applies particularly in the realm of media, where editors and reporters who are preparing material for special supplements on the most 50 or 100 most influential or richest people. Forbes magazine has them in different categories, which in some respects is an even bigger headache, but in others, enables them to include people in one list who didn’t make it into another. In Israel, the different newspapers have lists that usually vary considerably. This year just before Rosh Hashanah, of the major daily publications, only The Jerusalem Post and Calcalist, the economic supplement of Yediot Aharonot, published special people of influence supplements. There was consensus over Prime Minister Naftali Bennett and Alternate Prime Minister and Foreign Minister Yair Lapid being in the top slots, and there was also consensus that while former prime minister Benjamin Netanyahu may be down, he’s definitely not out. The Post ranked him number 10. Calacalist placed him in 11th spot. While the Post included a photograph of Netanyahu standing proud, but with a slightly worried expression on his face, Calacalist was far less complementary and showed an aging Bibi with double chin, head bent forward with an expression of defeat on his face. Both supplements indicated that while gender equality may still be lacking in certain spheres, women power is here to stay. Of the people featured both in the Post’s 50 and in Calcalist’s 100, around 40% of were women in very high ranking, influential positions. The glass ceiling has been well and truly broken.

■ IN THIS era of social media, where so much of what appears in print media also goes online, there is an almost frantic need among some people to be included in the lists, and editors and reporters are inundated by such people or their PR agencies with requests and arguments for inclusion. It’s amazing how many people who really deserve to be included are excluded. There’s no particular reason for it as a rule. The only time that there is a particular reason is when someone either retires or resigns from office, completes their term or falls from grace.

A case in point is Reuven Rivlin. While he was in office both as Knesset speaker and as president he was included in such supplements , and he possibly may be again – but not this time around. Neither the Post nor Calcalist had him on their rankings, and current President Isaac Herzog was given sixth place by the Post and Calcalist listed him as number 30 – this despite the fact that its parent publication, Yediot, gives Herzog a huge amount of publicity, as it did Rivlin. Someone in the President’s Residence supplied Yediot with regular tidbits to which other publications were not privy until they were published in Yediot. It would appear that something similar is happening under the new administration; Yediot has an effective gimmick in that it is also a book publisher, whose CEO frequently brings writers to the President’s Residence to present their newly published book to the president. The photo of the presentation coupled with a publicity blurb is then published in Yediot. Rivlin’s library increased sub

stantially from such gifts, and no doubt, so will Herzog’s unless the president decides to put a stop to being used as a tool for cheap publicity.

■ APROPOS RIVLIN, who turned 82 on September 9, he has accepted at least two new positions since completing his term as president in July.

A month ago it was announced that he was going from one presidency to another, and had accepted the role of president of Electreon, a wireless smart road tech startup. Then last week, Rivlin added yet another feather to his cap with the announcement that he has agreed to become the honorary chairman of the Israel Democracy Institute. For the past seven years, the Israeli think tank has been presenting him with its annual index on the state of Israel’s democracy and waning public confidence in state institutions. When it presents its next index to current president Isaac Herzog, Rivlin may well be on the other side of the room as part of the IDI delegation. To say that he no longer wields any influence would be a fallacy. Why else would organizations and institutions approach an 82 year old man to grace the executive bodies of their enterprises?

■ JERUSALEM FOUNDATION President Shai Doron is fond of stories, and loves to reminisce, as he does in relation to the recently inaugurated Davidson Theater which is the new home of the Train (Puppet) Theater, which for four decades has been drawing people to the Liberty Bell Garden. The dedication ceremony was both a celebration of the Train Theater’s 40th anniversary and the 30th anniversary of the Puppet Theater.

In an anecdotal letter that he puts out from time to time, Doron writes: “There are small moments within larger events when you realize that something significant, meaningful is happening. The penny drops so to speak, and you sense the deep moment you are engaged in and the magnitude of what is being accomplished.

“A moment like that happened when we celebrated the opening of the Davidson Theatre, the new home of the Train (Puppet) Theater. After more than three years of hard work, a new ‘jewel’ of the Jerusalem Foundation was inaugurated, with thanks to the Davidson Family, another ‘jewel in the crown’ of cultural institutions established by the Jerusalem Foundation throughout the city. The campus, with the Davidson Theater at its center, has an unconventional design and layout. Much thought and creativity were invested in the design to establish a cultural center appropriate to the character of the Train Theater – a new destination for children and the whole family, and also a vibrant cultural hub where additional events will take place at night, long after the children are in bed, dreaming of images inspired by the performances they saw in the very same place.

“During the ceremony, between the speeches, two historic images were projected on the large screen: Teddy Kollek at the Train Theater 40 years ago, at the opening ceremony and at a performance. In the photos you can see the old blue train wagon, which was found in a scrap yard in Tel Aviv and brought to Jerusalem to be transformed into a puppet theater. It was thanks to four young and imaginative artists that this discarded junk was turned into a well-known cultural institution for 40 years, hosting the International Puppet Festival for the last 30 years.

“The theater’s founder, Mario Kotliar, had a vision for expanding the building and shared it with Teddy Kollek – and today the dream has come true.

“The Jerusalem Foundation and Mayor Moshe Lion and the Jerusalem Municipality, were able to close this circle and bring the vision to reality. It is during a moment like the opening ceremony of this amazing project that one can understand the long-term significance of acts in the city of Jerusalem. The simple images of the theater’s beginnings gave me, as someone who was privileged to work with Teddy Kollek, that moment of perspective and satisfaction of knowing that we were completing Teddy’s plan for this tremendous site and project in the new building.

“We continue with Teddy’s vision for the city, which today we call “Jerusalem 2030” and the Train Theater’s new home is yet another milestone in our plans for Creative Culture. The vision is even more clear when you connect the Davidson Theatre to the “Cultural Mile,” a chain of cultural “jewels” established by the Jerusalem Foundation, starting from the Khan Theater, continuing to the Cinematheque, Mishkenot Sha’ananim, the Jerusalem Music Center, the Tower of David Museum, and of course the Koret Liberty Bell Park itself, inside which the Davidson Theatre campus now sits, alongside the open air amphitheater and much more.”

■ A NEW trend is developing with mayors becoming authors. Recently, Tel Aviv Mayor Ron Huldai was seen autographing books for people interested in reading his autobiography, and now Beersheba Mayor Ruvik Danilovich has written a book, the title of which states that only dreamers fulfill their ambitions. The book is a tell-all in which the 50 year old mayor admits that he was a poor student who failed in math and in psychometric exams, but he wasn’t about to allow that to prevent him from getting to the pinnacle of community service. In his perception, a mayor is more important in some ways than a prime minister, because the mayor comes into daily contact with the residents of his city, and is much more aware of their needs, of problems that must be addressed and of community endeavors, successes and failures.

He thinks that psychometrics are an antiquated means of preventing people from realizing their dreams, and refused to allow his poor results to deter him from following his dream, and getting him to where he is today.

Since the release of the book, Danilovich has been in high demand by radio and television journalists who are seeking interviews. Danilovich is one of the more successful mayors in Israel. He attributes part of his success to his ability to always be prepared for the unexpected, and to deal with it logically rather than emotionally.

With regard to psychometrics, KAN 11’s Riad Ali interviewed several people whose dream to become a medical student was shattered by failure to pass the psychometric exams. Some have given up. Others will study abroad and then return to Israel as qualified doctors and nurses. Once they return, they will be given a license to practice, but not all will be absorbed into the system, even though Israel suffers from a dire shortage of medical staff. While the government is busy with reforms, here’s another to add to the list.

■ PEOPLE COMING across Georgian Ambassador Lasha Zhvania are intrigued by what looks like part of a piece of an ethnic blue and white teapot attached to one of his thumbs. It may resemble an artistic decoration, but actually it’s holding his broken thumb in place. That’s not the worst of it. Zhvania also has a broken rib cage, the result about a month ago, of a traffic accident which gave him cause to spend several days at Hadassah-University Medical Center. But the Georgians are hardy folk, and as soon as he was discharged from hospital, Zhvania was busy doing his diplomatic rounds, and bravely ignoring the pain in his torso until it became so acute that he had to take pain killers. But he says that he’s feeling much better now.