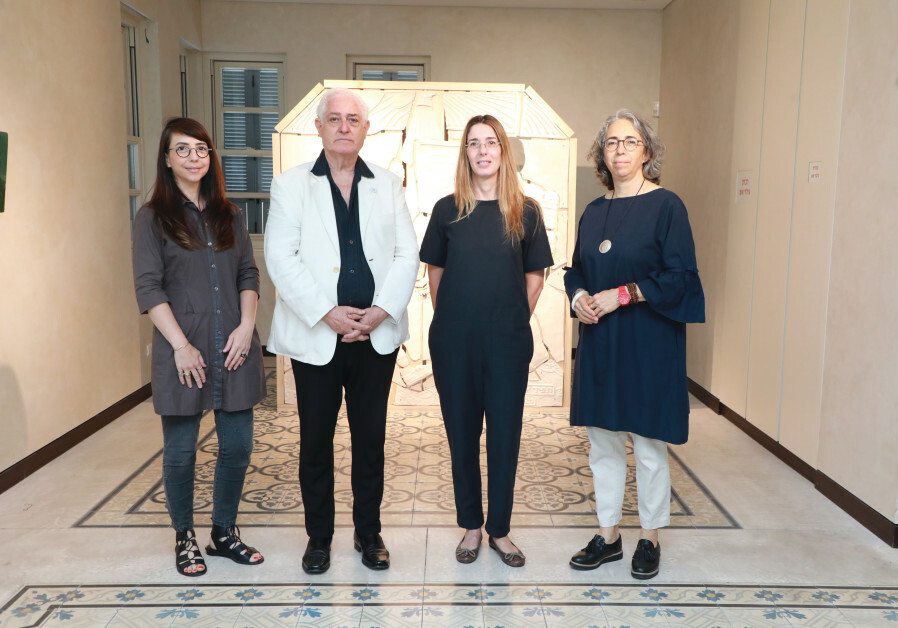 ■ IF VETERAN general reporter Orly Alkalai had pre-Rosh Hashanah preparations in mind, they all went down the drain with the escape of six top security prisoners from Gilboa prison in the pre-dawn hours of Monday morning. Well before sunlight, Alkalai reported the breakout and kept updating Reshet Bet all day as information came to hand. Alkalai did what any good reporter should do, but the general handling of the event was one of the most reprehensible examples of irresponsible reporting to come out of Israel. Every possible scenario was discussed, including the possibility that the escapees could be anywhere in the country or in Jordan or Jenin. The Prison Services were castigated before anyone knew the full story. Past and present members of the Prison Services who agreed to be interviewed were treated as if they were defendants in a witness box. The ongoing focus on the escapees could have easily created a major panic situation. Fortunately, it didn’t, but radio and television editors, reporters and panelists should give a little more thought to the possible consequences when similar news items are being reported and discussed.

■ THIS PAST Sunday was dedicated to soldiers by President Isaac Herzog and Chief of Staff Lt. Gen. Aviv Kohavi and their wives Michal Herzog and Yael Kohavi – but in different circumstances. While the president and chief of staff toured the Gaza border, speaking to soldiers on duty there; at the President’s Residence their wives hosted some 20 lone soldiers serving in different units who had immigrated to the country without their families, coming from the United States, Britain, Russia, Venezuela, Argentina, and elsewhere. They were joined by other lone soldiers who had enlisted in the IDF without regular family support.

Rotem, serving in the Caracal Battalion, moved everyone with her account of the difficulties experienced by lone soldiers: “I proved to myself and everyone that nothing can get in the way of will power. When you have your eyes set on a target, background noises can’t interfere. People always asked me, why go into combat? I was taught that anyone who has the ‘why’ can find the ‘how.’ I have my own ‘why’: because now it’s my turn to give back to this land everything that it gave me and to defend it without fear and with so much love, and my biggest ‘why’ is my mother, who is up in heaven. Wherever I go, I make sure to create a family for myself, and of all the families I have created for myself, Caracal is undoubtedly the best.”

Michal Herzog said that she was happy and excited to see so many young people who, despite the challenges, choose to give something of themselves, to contribute to the State of Israel and to enlist. “It’s not always easy to be a soldier,” she acknowledged. “Being a lone soldier is even harder.” Rather than refer to them as ‘lone soldiers’ Herzog preferred to call them independent soldiers, “because in my eyes your independence is the most important symbol. When soldiers go on holiday, they have families waiting for them. They have hot meals ready, clean laundry, a full fridge. There’s someone to pick them up from the bus stop and someone to take them to the train station. But when you get home, you need to do your own shopping. You need to cook your own food, wash your own uniforms, to iron your clothes independently! That’s even before mentioning how strongly you miss your families, a longing that only intensifies in days like these, before Rosh Hashanah. That’s why I admire your choice even more.”

In telling the story of each of the soldiers present, Yael Kohavi said: “Dear soldiers, enlisting in the army creates challenges. The transition from civilian life to a military framework is not easy for everyone, especially for you. You have chosen to forge a path of your own, to be a new model for your younger siblings and young people in your neighborhoods. You have chosen to enlist in the army. The step you have taken, and the nature of the service you have chosen, points to the qualities that characterize all of you: personal courage, determination, and ability to smash consensus and to set yourselves your own targets. Confidence and faith in your own abilities, independence and an ability to confront challenges.”

Kohavi expressed her confidence saying, “the abilities that you’ve acquired in the army and the knowledge that when you decide to do something, you also succeed, will enable you to succeed in the rest of your lives. I can promise you that life holds new peaks in store for you, and from knowing you, you’ll select some of those peaks and targets by yourselves, and you’ll climb right up to the top. Always remember that the IDF, including all its commanders and the staff around you, and especially the Lone Soldiers’ Center, will always be by your side.”

■ NO PHILANTHROPIC family has a longer or broader history of contributing to the Zionist enterprise than do the Rothschilds – separately and together. They have been doing so since 1896, and continue to be engaged in numerous and varied projects. It started with Baron Edmond James de Rothschild, who established more than 40 settlements several of which such as Zichron Ya’acov, Mazkeret Batya, Bat Shlomo, Binyamina and Givat Ada are named for members of his family. Altogether, he purchased more than 500 sq.km. of land in pre-state Israel which he turned into agricultural settlements. Following the establishment of Israel, the family gifted most of the land that it owned to the State, but continued its wide-ranging support, sometimes with partners, and sometimes as a purely the Rothschild enterprise. There are other families – such as the Mandels and the Schustermans – who through their foundations have been exceedingly generous in supporting education, culture, scientific research, medicine and more. But none can equal the Rothschilds, whose legendary generosity is also linked with the new National Library, the Knesset, the Supreme Court Building, the Israel Museum, the President’s Residence, and the archaeological excavations in Caesarea to name but a few of their manifold areas of support. The Ambassadors’ Club of Israel, which likes to introduce its members to as many aspects of Israel as possible, last week took a group of diplomats to meet some of the senior personnel of the Rothschild Foundation and to learn what the foundation is doing to help develop the talents of young artists and designers. The Rothschild Foundation Cultural Center in Tel Aviv’s Rothschild Boulevard is a hot-house for artistic creativity and is currently showing a group exhibition Rest Mass, which will be on view till October 1. Hosting the diplomats were Tal Sagi, managing director of the Edmond de Rothschild Foundation, Iris Nitzani Avivi, manager of the Edmond de Rothschild Center and Galit Gaon, curator of the exhibition and member of the steering committee of the Edmond de Rothschild Center. Leading the diplomats were Yitzhak Eldan, the founder and president of ACI, and Itsik Kamilian, the CEO of ACI.

Sagi said that it was a great honor to have ambassadors and cultural attaches from different parts of the world come to view the exhibition and to learn something of what the foundation is doing. Among the diplomats were the ambassadors of Sri Lanka, Belarus, Nepal, and Latvia along with consuls and cultural attachés from Peru, Germany, Canada and other countries.

■ THE SCENE in Jerusalem’s Sokolov Park on the first day of Rosh Hashanah was amazing. Children were playing on the swings and the see-saws. People for whom the day had no special value, were walking their dogs, and anyone who lived within walking distance and wanted to join an uplifting service was inside and outside a large open marquee in which there were rows of plastic chairs, most of which had people’s names attached to them – presumably because owners of those names had paid for their seat at the service. But many of those in attendance, took no notice of the names, nor of the seating arrangements. These were wandering Jews in the full sense of the expression. They picked up chairs at random and placed them wherever they wanted to sit, and if they were not happy with where they had placed them, they got up and moved them somewhere else. That kind of activity could not happen inside a synagogue where seats are integral to rows that are nailed to the floor. But no one seemed to mind. The service itself, was most enjoyable, with lots of robust singing, though congregants were less generous than in a regular synagogue during the traditional auctioning off of portions of the Torah reading and the privilege of opening the Ark with the starting bid being NIS 180. But the opening of the Ark was given to a man who bid NIS 770, because 770 Eastern Parkway, New York is the headquarters of the Chabad movement, and the service was organized by Chabad emissaries, Rabbi Eli and Chana Canterman, whose purview is Talbiya-Mamilla. The Cantermans plan to again organize services in Sokolov Park for Yom Kippur.

■ EAGER TO show appreciation to the medical staff of the central district of Clalit Health Services in Rishon Lezion, who have placed themselves in the forefront of the battle against the coronavirus and its variants, the Tadmir Group which operates under the brand name of Havat Habokerim (Cattle Farmers), sent its culinary consultant, celebrity chef Meir Adoni to Rishon Lezion to distribute 140 packages of assorted meats to Clalit personnel. “We wanted to show the people of Clalit how much we value what they have been doing for the past year and eight months,” said Tadmir Group chairman Ron Artzi.

Clalit Central District general manager Erez Halevy said that this was a somewhat original way in which to express thanks but, it was greatly appreciated by the recipients, who have devotedly worked unstintingly in the different aspects of combating the virus.