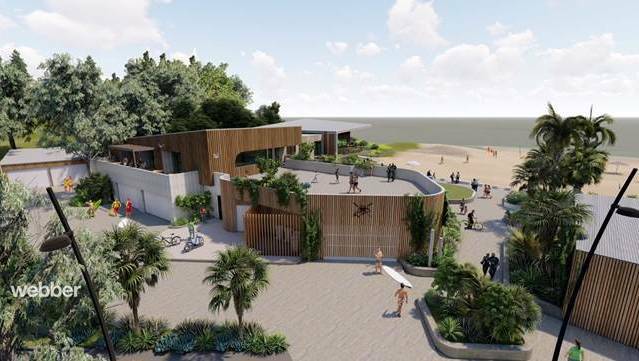 Lyne MP David Gillespie said the new clubhouse would be the cornerstone of the foreshore redevelopment.

"Forster's growth phase means more people will be living in and around the civic precinct and the federal Nationals in government are strongly backing this plan for growth," Dr Gillespie said.

"As we all know, Forster Main Beach is an absolute jewel, but it's in need of a polish.

"I've been listening to members of the surf club and the broader community about improving the amenity around the foreshore, bringing back the sparkle, and this federal funding will allow the planned building program to be completed all in one go."

Long-serving Forster SLSC president and volunteer surf patroller of 23 years John Quinn said the new building would serve the needs of the community for the next 50 years.

"A big thanks to David Gillespie for securing this funding for us. The existing building leaks and is no longer fit-for-purpose. We'll be living out of containers while it's demolished, and then we'll have a great new community facility," Mr Quinn said.

The grant was awarded as part of round five of the federal government's Building Better Regions Fund, which has so far committed $300 million for 295 projects in regional areas.