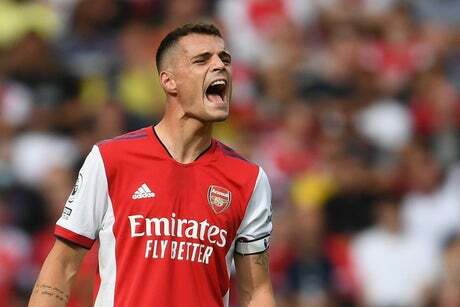 Granit Xhaka has recovered from Covid-19 and is back training with Arsenal.

The midfielder contracted the virus while away with Switzerland on international duty earlier this month and stayed in the country while he recovered.

Xhaka has now returned to the UK and has resumed training with Arsenal at their base in London Colney.

The 28-year-old, however, is still suspended for the next two Premier League games after being sent off against Manchester City last month.

Xhaka will miss the game against Burnley this weekend and will also be absent for Arsenal’s Carabao Cup game against AFC Wimbledon next week.

The Switzerland captain, however, could return for Arsenal’s north London derby with Tottenham on September 26.

The Gunners are due to take on Spurs at Emirates Stadium and Xhaka will be hoping to return to the squad for the game as he is now back training.