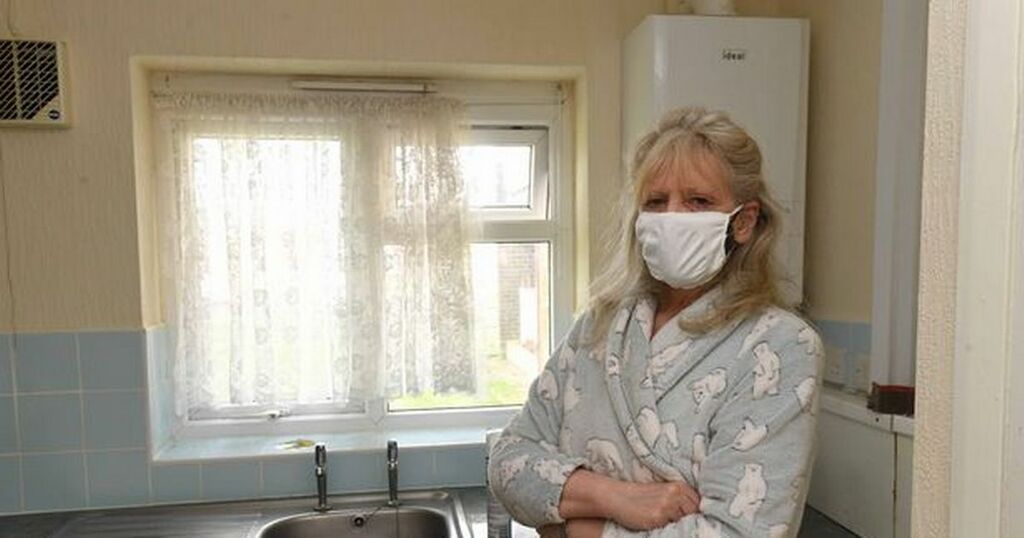 Gran 'hasn't had hot meal for seven weeks due to fly infestation in flat'
Joy McClenaghan, 64, claims that her flat became riddled with 'hundreds of flies' after a sewer pipe broke in her…

Helen Barrell, 43, from Smethwick, West Midlands, has used her wheelie bins to reserve parking outside her house as the…

The mum-of-four was stabbed and abducted by stalker Lee Martin, who held her captive in Birmingham, warning her that one…

Chanelle Parker, 22, moved to her home in Skelton, Teeside with her two young children in September 2019 and claims…

Pedestrian.tv
Read news from The Economist, FT, Bloomberg and more, with one subscription
Learn More
Scott Morrison softens language on wage rises amid pressure on cost of living

The Guardian - AU
From analysis to good news, read the world’s best news in one place
Record number of COVID patients in hospital, another death

A fruit fly infestation led to a gran not being able to have a hot meal in her flat for nearly two months.

Joy McClenaghan claims hundreds of flies are appearing in her West Midlands apartment after a sewer pipe broke in her kitchen at the beginning of March, reports BirminghamLive.

The 64-year-old said her floor was flooded with water as a result of the leak and that flies started to seep into her two-bedroom home in Oldbury.

Ms McClenaghan hasn't been able to use her kitchen to cook food since as the insects are gathering in that room.

She said she hasn't been able to get rid of them and that they are now all over her window sill, on her chopping boards and cupboard, reports BirminghamLive.

The little insects even got into her toaster and microwave, so she had to buy a new one of each, to prevent herself from getting ill as she claimed the flies "carry bacteria".

The gran moved into her flat, located at Burnett House in Lovett Avenue, in November, sharing it with her little dog.

She likes the flat but says her life has become a "misery" from the infestation.

She told BlackCountryLive: "They are just none stop. I am already depressed, I have got conditions and I am disabled.

"I haven't had a cooked meal in seven weeks. These fruit flies carry loads of bacteria and everything - so it needs cleaning in there.

"I am not going to use my kitchen. They are from the sewer. It is already affecting my health and I need hot food."

Ms McClenaghan has laid fly traps and used spray to kill off the population but it has not worked.

She even had specialists fumigate her flat several weeks ago - where chemical fumes are sprayed to disinfect areas - but that proved to be in vain.

"These flies live for 24 hours, but within those 24 hours, they lay eggs, so it continues on and on," she said.

"I can go in there today and vacuum them up and, in about an hour's time, they will be there again.

"A week or so ago, they were everywhere. You couldn't even see my window sill.

"Three guys came out from the Sandwell Council, they all went into the kitchen and they said 'you have got to open your window and get some fly traps'.

"They cleaned them all up, threw them down the sink and left.

"I went in there, I did the fly spray, but they were still in there an hour later. Fumigators came out, a few weeks ago, and fumigated while I went to my daughters.

"Me and my son came back, I went straight into the kitchen and I saw them on the walls."

Ms McClenaghan now has to shut the kitchen door, to prevent the flies from escaping to her rooms in her flat, while she has to eat in her lounge.

"The kettle is in the living room," she said. "I had to buy a new microwave and toaster.

"I threw my toaster away and, as you know, microwaves have got grooves in them, and these little tiny things get everywhere, so I am throwing the microwave out as I had to buy a new one, so I can have soup and stuff.

"My kids are bringing food for me. I phoned up social services yesterday, I asked them for help, and they are going to phone me in a couple of days to see if I have can have a meal on wheels."

She estimates that Sandwell Council's housing department has been out to her flat "seven or eight times".

But she blamed the infestation on the local authority "taking three days to fix the sewage pipe".

She said: "They came through the sewer pipe when it was broke.

"By the time they came out and fixed it, which was three solid days and nights, I had water flooding in my kitchen, that is how they got in, in the first place.

"If that pipe had been fixed ASAP, I wouldn't have had them."

In response to the story, a spokesperson for Sandwell Council said it arranged a follow-up visit on Friday, May 6.

The spokesperson said: "Sandwell Council officers have attended the property on several occasions. They have repaired the sewer pipe. They have checked all pipework in the kitchen and found no leaks.

"The kitchen and units have been deep-cleaned and a follow-up visit has been arranged to clean out the trap under the sink."

Darren QuintonBirminghamLiveBirmingham LiveOldburyWest Midlands
Sign up to read this article

Gran 'hasn't had hot meal for seven weeks due to fly infestation in flat'
Joy McClenaghan, 64, claims that her flat became riddled with 'hundreds of flies' after a sewer pipe broke in her…

Helen Barrell, 43, from Smethwick, West Midlands, has used her wheelie bins to reserve parking outside her house as the…

The mum-of-four was stabbed and abducted by stalker Lee Martin, who held her captive in Birmingham, warning her that one…

Chanelle Parker, 22, moved to her home in Skelton, Teeside with her two young children in September 2019 and claims…