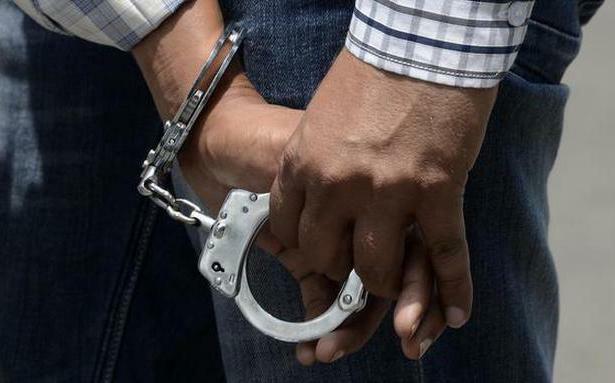 Four among the accused belong to Tamil Nadu

According to the agency, the official transferred ₹16 lakh to her CA Suman Kumar, who was arrested after the seizure…

NAKHON SI THAMMARAT: Seven alleged members of a transnational drug network have been arrested and 382 kilogrammmes of crystal methamphetamine…

The police on Wednesday arrested a gram volunteer, identified as Ravi (32), at Chintathopu village of Karveti Nagaram mandal, 40 km from here, and seized two SBML (Single Barrel Muzzle Loader) country rifles, along with some tools meant for manufacture of the weapons.

The Karveti Nagaram police said that based on reliable information about the clandestine activity of the accused, a watch was kept on his movements during the last few days, and this led to his arrest. It was observed that he had been manufacturing the country rifles under the cover of a volunteer to avoid police watch.

Sub-Inspector Dasthagiri registered a case and took up further investigation to ascertain how many weapons he had made so far, who were his clientele, and for what purpose the shotguns were manufactured. The accused was sent for remand.

In the Karveti Nagaram circle, the police in July last year seized 27 crude bombs and had arrested three accused. Similarly, the Chittoor district police had confiscated over 600 country rifles elsewhere in the district in June 2020.

Four among the accused belong to Tamil Nadu

According to the agency, the official transferred ₹16 lakh to her CA Suman Kumar, who was arrested after the seizure…

NAKHON SI THAMMARAT: Seven alleged members of a transnational drug network have been arrested and 382 kilogrammmes of crystal methamphetamine…