Brighton & Hove Albion boss Graham Potter insists his side will not ease up when they travel to Elland Road to take on Leeds United. Sunday’s meeting is the first of two huge games for Jesse Marsch’s side as they fight for Premier League survival, with a trip to Brentford on the final day.

And with Premier League safety secured long ago and European football out of reach, Whites fans may be forgiven for thinking Potter’s men will have nothing to play for and may ease off. But the Potter has extinguished any hope of a slack Seagulls side, with the financial incentive of a top-half finish providing the motivation.

Brighton currently sit ninth in the league, but can finish anywhere between eighth and 14th come the final day - with those two positions offering a difference of £13 million in bonus money.

"You get the old 'well, they're not really playing for anything', apart from the £13 million!" Potter said. "The guys want to finish as well as they can. They're young, ambitious and they want to do well. Everyone's fighting for the points. That's what the Premier League is. Leeds don't expect us to turn up there and have a nice, relaxed game and get ourselves back down the road.

"They'll know we are there to compete, to take the points ourselves, and that's what makes the league so difficult. We've been down there and you don't get any help from anybody, you've got to do everything yourself. We need to have that mentality at the weekend and look forward to finishing the season as strongly as possible."

Leeds and Marsch will have been looking at the final two games for some time as the chance to pick up the necessary points, after three successive defeats to Manchester City, Arsenal and Chelsea.

But they will be far from easy, with Brighton having just beaten Manchester United 4-0 and Brentford winning three from a four-game unbeaten run at home without conceding a goal.

Burnley go to Tottenham on Sunday while Everton host Thomas Frank's Bees, giving Leeds the chance to jump back into 16th with a win if results go their way - three points clear of burnley.

Should results go against them, however, and the Whites will be all but down with three points and at least 21 goals to make up on the Clarets on the final day. 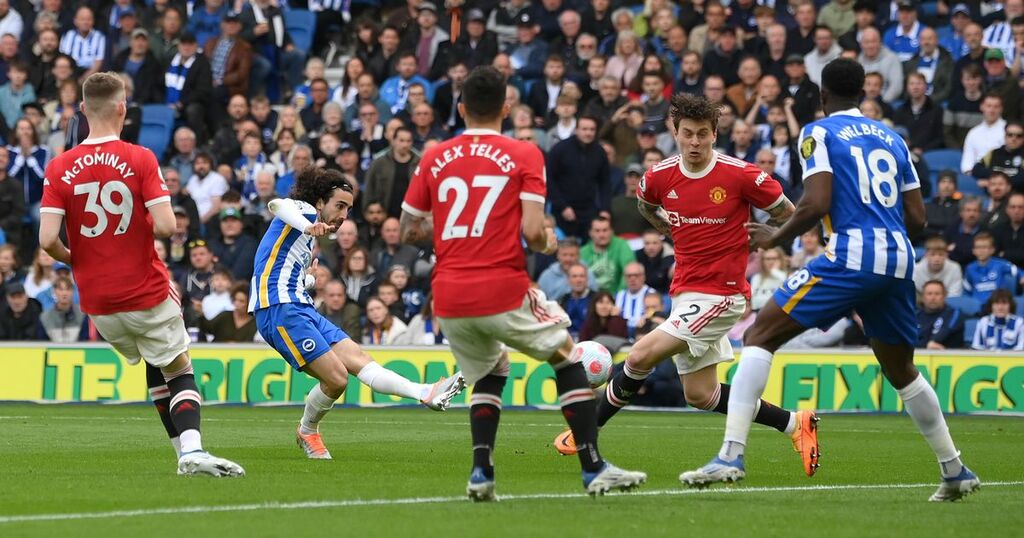 Leeds Live
One subscription that gives you access to news from hundreds of sites
Relegation permutations: a close look at what needs to happen for Leeds United to survive

Pascal Struijk’s stoppage-time header cancelled out Danny Welbeck’s first-half opener and moved the Yorkshire club out of the relegation zone.