Graeme Souness has been proven wrong when it comes to Chelsea after the Blues beat Leeds United 2-0 at Elland Road. Chelsea came into the match without a victory in the Premier League since April 24, but secured a crucial three points in Yorkshire.

Mason Mount put the Blues ahead early on after combining with Reece James on the right-hand side. After that, Chelsea controlled the match and Leeds' job was made more difficult when Daniel James was shown a straight red card for a horror tackle on Mateo Kovacic.

Kovacic looked as if he was able to continue and the Croatian gave it a good go, but then went down again a few minutes later. Ruben Loftus-Cheek replaced the central midfielder.

It's bad news for Chelsea, with the midfielder having his left ankle heavily strapped shortly after leaving the pitch. Thomas Tuchel will now be left to sweat over his fitness ahead of the weekend's FA Cup final against Liverpool.

Fortunately for Chelsea, though, Christian Pulisic was on hand to double the visitors' advantage not too long after half-time. Mount laid the ball off to his team-mate with a delightful flick and Pulisic made no mistake with a left-footed finish into the bottom corner. Romelu Lukaku then wrapped the win up in the last 10 minutes as he fired the ball past Illan Meslier to make it 3-0.

Before the match, Souness was asked whether it was a good time to play Chelsea considering they hadn't won in the Premier League since last month. Now, he has been proven wrong by Tuchel and his men.

"I think so, the club is in turmoil with what has happened in recent months," Souness answered when asked by Sky Sports whether it is a good time to play Chelsea. "What you have to do in management is take every single excuse away from the players, and they have had an abundance of excuses for these players because it has been very hard for them.

"The bottom line is that they are equipped to play football, they have not been doing it well enough in recent weeks. This will not be an easy game for them, yes they finish with two home games in Leicester and Watford, but this is something in terms of a confidence boost ahead of the cup final this weekend. This is the game they need to go out and perform and win." 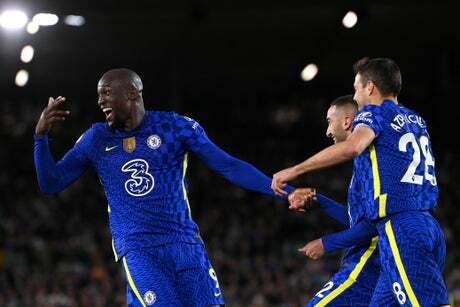 Leeds 0-3 Chelsea: Romelu Lukaku on target again in comfortable win after Dan James sees red
Chelsea got back to winning ways as they cruised past ten-man Leeds 3-0 at Elland Road.

Chelsea got back to winning ways in comprehenseive fashion as they beat Leeds 3-0.