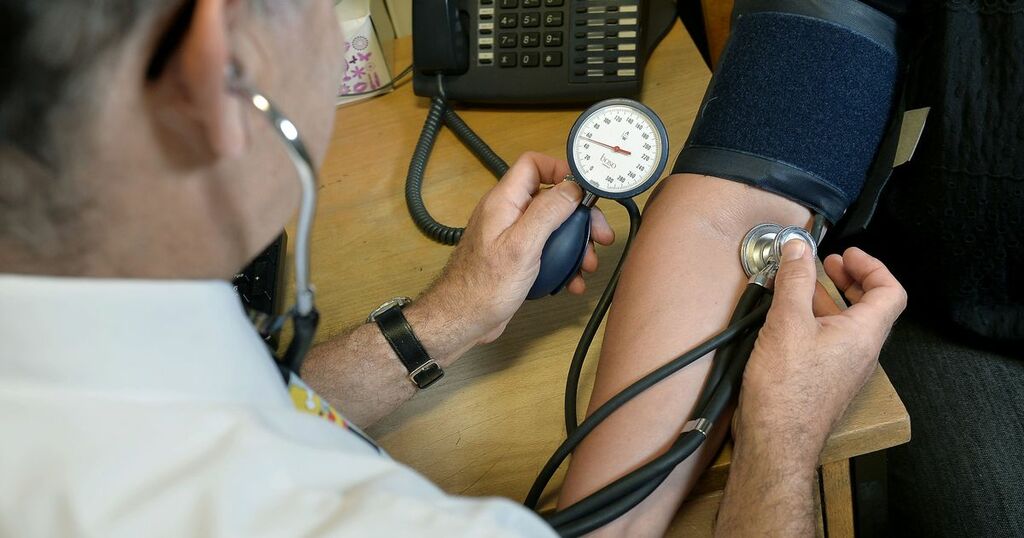 Patients in England will be given a new right to demand face-to-face appointments with their GP.

And surgeries that fail to provide an appropriate level of “access” will be named and shamed in league tables, with patients being able to rate their GP practice's performance via a text message.

The new measures are part of an NHS rescue package worth millions of pounds, aimed at improving access to GPs.

Practices that fail to provide the "appropriate" level of face-to-face appointments will not be eligible for the new funding.

The measures will also see GPs freed from some red tape, while other parts of the NHS will be called upon to help with some care – such as other healthcare workers being given new powers to provide patients with fit to work notes or DVLA checks.

But some GPs have labelled the league initiative as 'insulting', and have criticised the government for 'blaming' surgeries over telephone consultations - just over 12 months after the then-Health Secretary ordered all appointments to be over the phone.

NHS England said the measures, including a £250 million winter access fund, will enable GP practices to improve availability and increase the number of face-to-face appointments and same-day care.

The blueprint for improving access, published by NHS England working closely with the Department of Health and Social Care, has a number of measures including:

Amanda Pritchard, chief executive of the NHS in England, said: “Improving access to high quality general practice is essential for our patients and for the rest of the NHS too.

“It is a personal priority and today NHS England is taking both urgent and longer term action to back GPs and their teams with additional investment and support.”

Health Secretary Sajid Javid said: “I am determined to ensure patients can see their GP in the way they want, no matter where they live.

“I also want to thank GPs and their teams for their enormous efforts in the most challenging times in living memory.

“This will tackle underperformance, taking pressure off staff so they can spend more time with patients and increase the number of face-to-face appointments.

“Alongside this we are setting out more measures to tackle abuse and harassment so staff at GP surgeries who work so tirelessly to care for patients can do so without having to fear for their safety.”

Jess Harvey, a GP from Shropshire, told BBC Radio 4's Today programme that the new package shows 'just how out of touch' the government is regarding the situation with GP practices, and labelled the league initiative as 'insulting'.

"The more and read and hear about this proposal, the less I think this government understands about general practice, how it's run," she said.

"General practice staff up and down the country are currently sacrificing their own health and wellbeing in order to try and maintain service in what has been a chronically underfunded and underresourced area for years.

"General practice is on its knees, and frankly for Mr Javid to describe us as underperforming is insulting. I would invite him to see what we've done and to see what I do on a daily basis and to show me where I'm underperforming."

On funding for locum doctors, she said they will struggle to find them, saying she has had trouble recruiting for her practice and has had staff hand in resignations due to abuse from patients amid coronavirus.

She added: "We're seeing more people than ever and doing more appointments than we've ever done.

"We've provided over 70 per cent of the vaccination programme that this government hail as their great success".

Despite being part-time, she said she works 40 hours unpaid work a month, month on month, to keep her practice afloat.

"I'm not sure where the doctors are going to come from," she said.

"Their capacity plan is to either use in-house capacity, which there isn't any, we're at maximum capacity, or use locums, and I think if they go for this, it will just destabilise and demoralise an already overworked workforce.

"GPs will leave to go to the locum market and then you're in a disaster zone of an incredibly expensive market force, economically and medically that's just poor poor practice."

The package announcement comes after campaign group EveryDoctor, which represents 1,700 UK doctors, said that GPs have been “blamed” for the proportion of telephone consultations offered to patients when they had been instructed by the government to offer initial consultations on the phone or online.

Dr Julia Grace Patterson, chief executive of EveryDoctor, told a briefing on Wednesday: “It’s a bit of a shock for GPs to have been told vehemently by the Health Secretary last year that all appointments should be via telephone, and now we are told the absolute opposite and, in fact, blamed for the amount of telephone consultations that have been happening.”

In July last year, then health Secretary Matt Hancock said that all initial GP appointments “should be teleconsultations unless there’s a compelling clinical reason not to”.

And the NHS’s Long Term Plan, published in 2019, put forward proposals for all patients to be given a “digital-first” option for accessing GP care, should they want it.

Official figures show that 58 per cent of GP appointments in England in August were face-to-face.

Before the pandemic, in August 2019, four in five appointments were carried out in person.

What do you think? Are you happy having face-to-face appointments? Have your say below

In September, leading GPs said that the current balance of face-to-face appointments was “about right”.

But a new YouGov poll suggests that two-thirds of people would prefer a face-to-face appointment.

EveryDoctor also expressed concern that “inflammatory” rhetoric about access to GP services was leading to “abuse” of staff.

The new blueprint will also include action on new efforts on how to tackle abuse of staff.

The NHS said it will work with the Academy of Medical Royal Colleges to develop a zero-tolerance campaign on abuse of NHS staff, including GP teams.