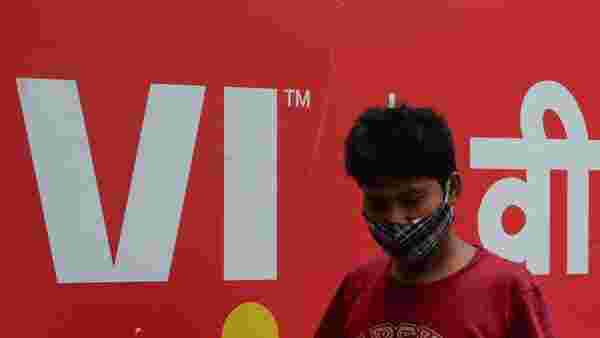 NEW DELHI: The Union government will neither take a seat on the board of Vodafone Idea nor will it run or manage the company, the telco's managing director and chief executive Ravinder Takkar on Wednesday. The announcement comes a day after the company opted for conversion of interest on deferment of adjusted gross revenue (AGR) and spectrum instalments dues of about ₹16,000 crore into equity, making government the single largest shareholder at 35.8% in the carrier.

Takkar said the company chose the on-time option to convert interest on dues into equity upfront as it was the best option to reduce the debt burden and de-leverage more so since most of the debt is owed to the government.

“The company has a significant amount of a debt, we have a stretched balance sheet and anytime there's an option to convert that debt to equity is considered positive for the company and especially considering that most of the debt is to the Government of India, it was clear to us that actually converting some of that debt into equity it is a perfect option for the company to reduce its debt going forward," Takkar said.

Vi took the four-year moratorium on spectrum and AGR, which will likely produce significant cashflow savings of about $ 11 billion from FY22 till FY25, analysts at CLSA said in a note on Tuesday. But they pointed to the company’s spectrum burden which was the highest at ₹1,086 billion, or $14.7 billion, compared to Reliance Jio’s at about ₹656 billion or $8.9 billion and Bharti Airtel’s at ₹627 billion or $8.5 billion. Also Vi’s AGR liability stands at a massive ₹634 billion or $8.7 billion, taking its total debt to over ₹1.7 lakh crore.

Takkar noted that with the government becoming a shareholder, it will also make a return on this equity stake making it a ‘win-win situation’ for every side.

He said that Vodafone India will continue with its plans to raise funds as international investors were interested in the company. The company may announce the plans shortly.

“We have been engaged with investors for some months now. I can confirm again, very strongly that there is a huge interest in investors, especially into international investors in investing in India. They're interested not only in India, they're interested in the telecom sector and we’ve had interactions with several of them," he said.

He added that the key concerns of the investors - of whether India will be a three-player telecom market, whether government will bring out reforms for the troubled sector and whether it will provide liquidity and financial support to the sector – have been addressed by the structural reform package that was announced by the government in September 2021.

“Clearly, this should be a positive sign for the investors and should help relieve some of the fears or some of the concerns... this process is positive for the fund raise, certainly has been positive from investment feedback and I would love to continue forward as we have been on the fundraising process and to actually be back shortly to announce some conclusion to the fund-raising process," he further stated.

On Tuesday, Vodafone Idea told the exchanges that the Indian government will become the largest shareholder in Vodafone Idea and will hold 35.8% at ₹10 per share, with Vodafone Group holding 28.5% and Aditya Birla Group holding 17.8%, following the conversion.

Takkar said that the net present value of ₹16,000 crore of dues can change based on the discussions with DoT since the company had given its calculations to the department and a final amount will be confirmed post the discussions. He added that the process will take a few months but expected it to completed soon. Post the approval, preferential shares will be issued to the government and articles of association will be consequently approved in its annual general meeting.