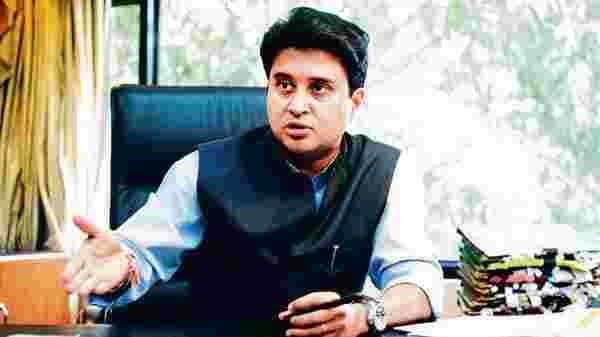 Union minister Jyotiraditya Scindia on Thursday announced a 100-day plan with 16 main points for the country's civil aviation sector, including policy measures and development of four new airports as well as heliports.

“The 100-day scheme will continue from 30th August to 30th November. It has 16 main points - 4 of which are under infrastructure, 8 under policy targets, and 4 under reforms," said Scindia in a press conference today.

Besides all this, separate advisory groups have been constituted for every sector. This 100-day scheme was formed in consultation with them.

Scindia said the plan has been prepared after "combined consultations".

Among others, six heliports would be developed in Himachal Pradesh and Uttarakhand under the regional air connectivity scheme UDAN.

“We'll lay the foundation of 4 new airports. First would be the airport in Kushinagar (UP), it'll have the capacity for successful landing of Airbus 321 and Boeing 737 flights. Kushinagar will become the focal point of Buddhist circuit," the aviation minister added.

A new policy for Maintenance, Repair and Overhaul (MRO) activities has also been announced.

The civil aviation sector has been adversely impacted by the coronavirus pandemic with domestic and international flights being banned fully during the peak of the pandemic last year but is slowly coming on the recovery path.

India resumed domestic passenger flights on May 25 last year after a gap of two months due to coronavirus.

Indian airlines are allowed to operate a maximum of 72.5 per cent of their pre-pandemic domestic flights.

As of July,  around 50.07 lakh domestic passengers travelled by air in July, 61 per cent higher than the 31.13 lakh who travelled in June, the country's aviation regulator said on Friday.

According to the Directorate General of Civil Aviation (DGCA), 21.15 lakh people and 57.25 lakh had travelled within the country by air in May and April, respectively.