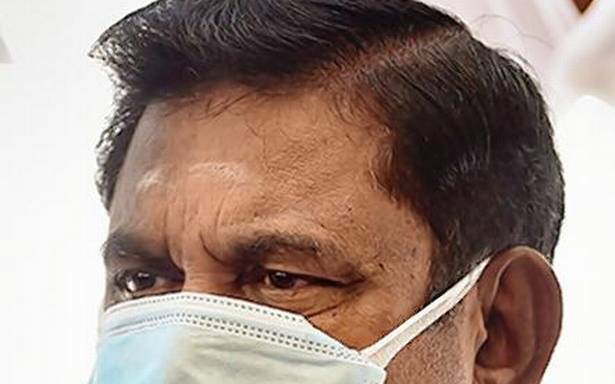 The DMK and the principal Opposition, AIADMK, were engaged in a heated debate in the Assembly on Thursday over the probe into the Kodanad Estate heist-cum-murder case as well as the law and order situation in the State, with Speaker M. Appavu expunging a few remarks made by members of both parties.

During a debate on the demand for grants for the Police Department, when Leader of the Opposition Edappadi K. Palaniswami spoke on the law and order situation during the AIADMK government, Leader of the House Duraimurugan intervened and referred to the police firing during the protests against the Sterlite copper plant in Thoothukudi, in which 13 people were killed.

Mr. Palaniswami countered him by reading out statements, reportedly made by former Chief Minister M. Karunanidhi on the floor of the House in the 1960s, to say that police firing was “unavoidable” in certain instances. Chief Minister M.K. Stalin joined the debate to question the AIADMK government over the investigation into the Kodanad Estate heist-cum-murder case, though the bungalow was previously a designated camp office of former Chief Minister Jayalalithaa.

“You [Mr. Palaniswami] were the Chief Minister when it happened,” Mr. Stalin said. But the AIADMK floor leader said that after Jayalalithaa’s death in December 2016, the property had gone into the hands of “certain private persons”. When Mr. Stalin asked why they had gone to court over the case, Mr. Palaniswami clarified that an FIR was registered in that connection and the case was pending before a court.

Mr. Palaniswami said the government was attempting to deliberately relate the case with the AIADMK. He strongly opposed this. Though PWD Minister E.V. Velu sought to intervene in the debate, he was gestured against it by senior DMK leaders. Mr. Palaniswami then moved on to other subjects.

Though Mr. Palaniswami cited a few crimes in various parts of the State, the Chair eventually expunged them from Assembly records “for want of evidence”. Mr. Stalin too joined to say that the government had taken action in all such incidents, and insisted that the Leader of the Opposition produce evidence and obtain the permission of the Speaker before making such claims.

A few comments made by Mr. Palaniswami and Municipal Administration Minister K.N. Nehru were also expunged by the Chair on Mr. Stalin’s insistence.