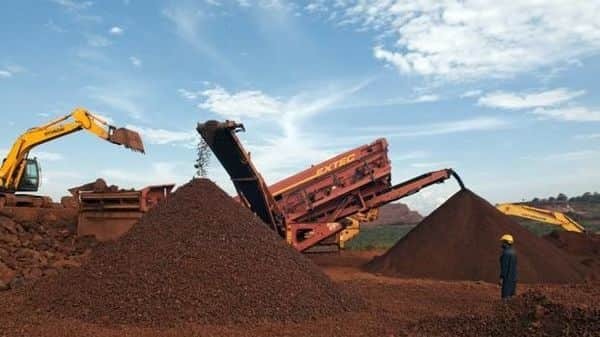 The government earlier introduced a raft of mineral sector reforms, including doing away with the distinction between the captive and non-captive mines, reallocation of non-producing blocks of state-owned firms, and amended some sections of the MMDR Act to help auction more mines.

“Union Minister of Coal,Mines and Parliamentary Affairs Shri Pralhad Joshi has said that Ministry of Mines is contemplating further amendment to the Mines and Minerals (Development and Regulation), MMDR Act to bring about tangible reforms in the mining sector of the country," mines ministry said in a statement.

This assumes significance given that the mineral sector contributes only 1.75% to the country’s gross domestic product (GDP), with India importing minerals worth  ₹2.5 trillion annually. The union mines ministry has also adopted the scheme for accreditation of private exploration agencies for prospecting minerals.

“He urged the mining sector to increase the contribution of the sector to the country’s GDP to 2.5 per cent. Addressing a function organized by the Ministry of Mines here today for handing over 100 G4 mineral blocks reports of Geological Survey of India (GSI) to different State Governments, Minister Joshi stated that Ministry of Mines is in the process of finalizing the accreditation process for private exploration entities," the statement added.

This comes against the backdrop of National Mineral Policy goals to increase mineral production by 200% in 7 years. Of India’s obvious geological potential area of 0.571 million sq. km, only 10% has been explored.

“The Minister called upon the States that received the mining block reports to act on the reports without any delay to make the auction process faster. He also directed the Ministry of Mines to make available more financial assistance to States. Stating that proactive approach by State governments can bring about tangible reforms in mining, the Minister assured all assistance from the Centre.  Shri Joshi pointed out that despite having the fourth largest coal reserve, India is still importing thermal coal and our mineral potential is no way less than other mineral rich countries like Australia," the statement said.