Netsafe did not tell its ministerial paymasters that it spent nearly $20,000 on a secret payout to a senior advisor accused of assaulting a family member

Netsafe is almost entirely reliant on justice and education contracts, but despite this, Faafoi has been left asking questions about who knew what, when – first in an inquiry into alleged bullying by former chief executive Martin Cocker and his wife, Angela Boundy, then laying off staff in the agency's research and policy unit.

Now, his office says he and the ministry weren't advised of a confidential exit payment of nearly $20,000 to the agency's legal counsel, former police inspector Lou Alofa, after he was charged with assaulting and strangling a family member. He has pleaded not guilty and appears in Auckland District Court next week.

The Ministry of Education says it was not advised, either.

In each case, the Government learned the details from Newsroom.co.nz reports, rather than Netsafe disclosing them in accordance with its contracted "no surprises" obligations.

Now, the Ministry of Justice has asked Netsafe how much it has spent on costs associated with employment disputes. But responding this week to a Parliamentary question from National MP Paul Goldsmith, Faafoi said Netsafe has not disclosed the dollar figures. "Netsafe has not been able to confirm actual costs because its invoices aren't broken down by individual matters," he said.

Faafoi's spokesperson said Netsafe had informed the ministry on 29 January 2020 that an employee had been charged with an offence and had been placed on special leave under a voluntary arrangement. "We understand the ministry was later informed that he had left the organisation," she said.

What was not disclosed were the terms on which he left, including the payout. "We also understand the ministry was not informed about the details of any agreement reached between Netsafe and the individual, including any payment."

"We might need to remove the sentence about having confidence in Netsafe until we’ve completed our enquiries." – Hayley MacKenzie, Ministry of Justice

She said the minister was not briefed on any of it because it was considered a private employment matter between Netsafe and their employee.

Netsafe is required to provide quarterly reports to the Ministry of Justice, which include a section on "risks and issues". It was only this year, after the media articles about bullying at Netsafe, that the agency included information (albeit just one paragraph) on its investigation into workplace practices – alongside a section saying it was investigating leaks to the media.

In March, Netsafe was forced to apologise for not advising the Minister of Justice that it had shut down its research and policy unit and laid off staff to save money. The unit was critical to its delivery of public services, but the minister's advisors learned of the closure from a Newsroom article.

Staff were told the restructuring was a cost-cutting measure, as the organisation was facing "a sizeable financial loss" this year. A big part of the cost blowout is understood to be the reported $500,000-plus cost of employment inquiries and legal fees; that was worsened a few days later by a Human Rights Review Tribunal ruling ordering Netsafe to pay $100,000 to three women whose privacy it breached, in disclosing information about them to a violent, convicted stalker.

"If the police buy a new Škoda, we don't worry about HR at their manufacturer Volkswagen. You do worry if the car works. The problem is in this case, ministers seem to be doing neither." – David Seymour, Act Party

"We might need to remove the sentence about having confidence in Netsafe until we’ve completed our enquiries," wrote Hayley MacKenzie, the ministry's acting group manager for commissioning and implementation, in correspondence disclosed under the Official Information Act.

Since then, the cases have continued to mount. Netsafe has also settled an Employment Relations Authority dispute. The case taken by former employee Pauline Spence, raising concerns about work conditions, was to have been heard by the authority this month, but that hearing is not now going ahead. The case is not mentioned in any of Netsafe's quarterly reports to the Ministry of Justice.

It was in December last year that Newsroom first reported that the agency's longstanding boss, Martin Cocker, had been a subject of an inquiry into alleged workplace bullying, when he suddenly resigned. Faafoi's office said then that he was not aware of any bullying allegations. Further, Faafoi said he had not been advised of "any employment-related matters or Employment Relations Authority cases affecting Netsafe’s ability to carry out its role as the approved agency" under the Harmful Digital Communication Act 2015.

Behind the scenes, though, correspondence disclosed under the Official Information Act shows he demanded to know what exactly justice officials had been told, and what assurances Netsafe had offered.

Documents show Martin Cocker had written to a ministry official on August 20 last year, advising that the Netsafe board had commissioned the law firm Minter Ellison to investigate staff complaints.

"The implication is that Angela or myself are under investigation," he wrote. "The complaints are of a similar nature to those investigated and dismissed last year."

"It is deeply troubling that it took so long for these women to be heard and the traumatic impact this has had on them recognised." – Iona Holsted, Secretary of Education

But as recently as April, justice officials complained to Faafoi and Associate Justice Minister Aupito William Sio that they still had not been provided the three independent reports into Netsafe culture and the bullying allegations against Cocker and his wife, Angela Boundy. As a result, the ministry had only "a limited understanding of their contents and conclusions".

The problem faced by Faafoi and his officials is similar to one involving a similar publicly-funded non-governmental organisation, Victim Support. The charity had refused to disclose a full copy of a report into allegations of bullying and service failure – but it has now relented. It has supplied the report to the Ministry of Justice under the condition very few people see it.

Secretary of Education Iona Holsted has expressed her concern about Netsafe, too. She wrote to Justice Secretary Andrew Kibblewhite before his meeting with Netsafe leadership, about the Human Rights Review Tribunal's finding and accusations of bullying by senior managers. "It is deeply troubling that it took so long for these women to be heard and the traumatic impact this has had on them recognised," she wrote.

Nonetheless, she said the education ministry had reviewed Netsafe’s performance and the agency has continued to deliver to the contract’s expectations. "As with all contracts we will review it when it is next up for renewal."

Netsafe's annual reports are remarkable for their lack of financial disclosure. The 2021 report says the agency received $4,062,209 in revenues, but doesn't say what the money was for, or where it came from.

However, Newsroom Official Information Act requests to the ministries have revealed Netsafe was paid $3.06m by the Ministry of Justice for its controversial role investigating complaints under the Harmful Digital Communications Act, and paid $812,000 by the Ministry of Education – meaning more than 95 percent of its revenues were public money.

Asked under the Official Information Act how much of that money had gone into employment and human rights settlements, Netsafe has refused to disclose the sums. It cites the privacy and sensitivity of employees (though it was not asked to disclose the identities of the recipients).

New chief executive Brent Carey has also declined to answer questions about staff turnover, but it appears to be a nearly 50 percent attrition rate since Alofa's exit at the start of 2020. At least six of those departures have been involuntary, or clouded by legal disputes.

Act Party leader David Seymour said if ministers were being forced to scrutinise management and HR issues at a contracted service provider like Netsafe, then it defeated the purpose of outsourcing public services.

"If the police buy a new Škoda, we don't worry about HR at their manufacturer Volkswagen. You do worry if the car works. The problem is in this case, ministers seem to be doing neither.

"The organisation has to maintain credibility in order to do the job, and I don't think Netsafe has any credibility as an anti-bullying agency, when we now find it's rife with bullying problems itself." 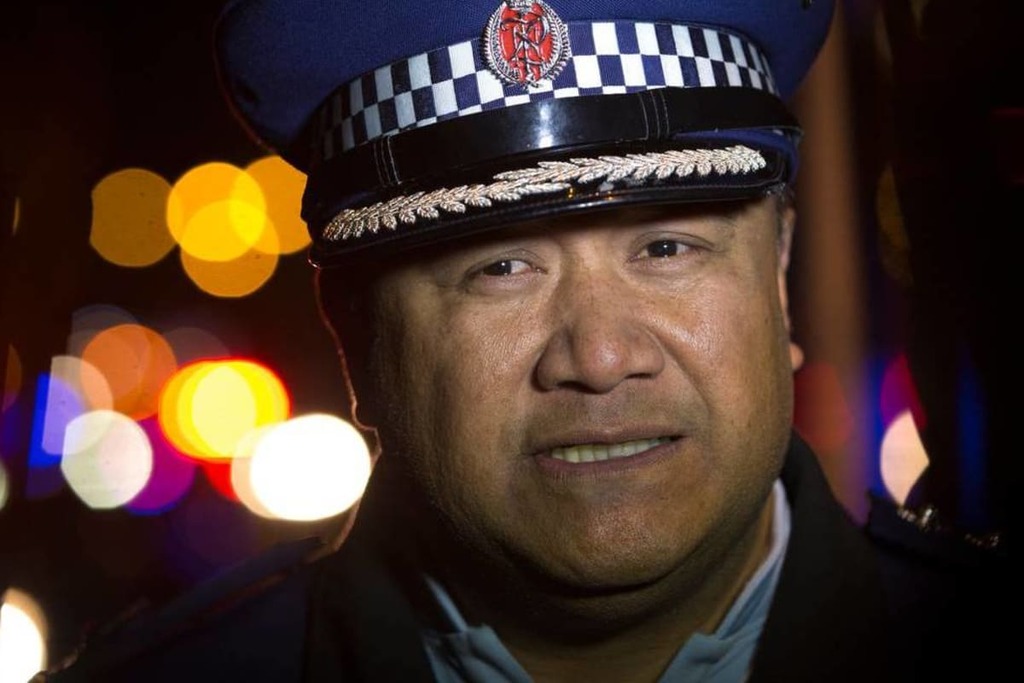 Newsroom.co.nz
From analysis to the latest developments in health, read the most diverse news in one place.
FBI investigates former US general over Qatar lobbying role

According to FBI probe, Allen had financial incentives for helping Qatar and maintained strong ties to its top leaders.

The SNP's second most senior politician at Westminster has been told to declare what she knew about damning allegations at South Lanarkshire College.