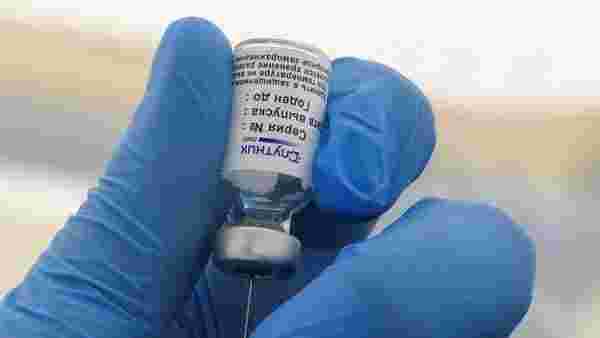 New Delhi: The government has permitted the export of Russia's single-dose COVID-19 vaccine Sputnik Light domestically produced here as the jab has not yet been approved for emergency use in India, sources said on Sunday.

Indian drug firm Hetero Biopharma Limited has been allowed to export 40 lakh doses of Sputnik Light to Russia, sources in the know of the developments told PTI.

Sputnik Light is the same as component-1 of the Russian vaccine Sputnik V which is being used in India's anti-COVID inoculation programme after getting emergency use authorisation from India's Drug Regulator in April.

The Russian ambassador had urged the Indian government to allow the export of  Sputnik Light produced by Hetero Biopharma, one of the partners of the Russian Direct Investment Fund (RDIF) in the production of the jab, to his country till the vaccine gets emergency use authorisation from India's drug regulator.

In a communication to the Centre, Russian Ambassador Nicholay Kudashev had stated that Hetero Biopharma Limited already has manufactured one million doses of Component 1 of the Sputnik V and two million doses of the Sputnik Light but the six-month shelf life of the vaccine may expire before its registration which will result in the wastage of vaccine doses, sources said.

"The government has permitted Indian drug firm Hetero Biopharma to export 40 lakh doses of Sputnik Light to Russia. The decision was taken this week following detailed deliberations," a source said.

Over the past months, the RDIF has been working closely with Indian pharmaceutical companies to ramp up the production of Sputnik vaccine in India that could be used in the local and global markets, the ambassador had stated in his communication last month.

At the moment RDIF together with Dr Reddy's Laboratories is working with authorities concerned on the registration of the Sputnik Light in India.

"We would like to note that Indian manufacturers of the Russian vaccine are discouraged by the current ban that prevents the use of the produced Sputnik Light vaccine in India and its export to other countries," stated the communication from the ambassador to V K Paul, chair of the National Expert Group on Vaccine Administration for COVID-19 (NEGVAC).

If permanent or time-to-time permission could be granted to Hetero Biophar Limited to export the produced Sputnik Light vaccine by selling it to RDIF until its registration in India, this could encourage the company to scale up the production of the vaccine and provide the Indian market with more supplies of the Sputnik Light by the moment of its regulatory approval, it said.

The Drugs Controller General of India (DCGI) had in September given permission to Dr Reddy's Laboratory Limited to conduct phase-3 bridging trials of Sputnik Light in India.

The DCGI's permission was based on the recommendations by the Subject Expert Committee on COVID-19 of the  Central Drugs Standard Control Organisation(CDSCO), which held its meeting on August 5.

According to the recommendations of the SEC meeting held last month, Dr Reddy's, which has tied up with the RDIF to market the jab in India, presented updated safety, immunogenicity and efficacy data of Phase III clinical trial of Sputnik Light vaccine conducted in Russia, along with the proposal to conduct the clinical trial in India.      "After detailed deliberation, the committee recommended for grant of permission for conduct of Phase III immune-bridging clinical trial in Indian population subject to the condition...", the SEC recommendation had said.

The Committee noted that the firm has now presented the safety and immunogenicity along with the longevity of the antibodies, which gives a measure of the persistence of antibodies in the participants.

In July, the subject expert committee of the Central Drugs Standard Control Organisation had refused to grant emergency-use authorisation for Sputnik Light.

The single-dose Sputnik Light vaccine demonstrated 79.4 percent efficacy according to analysed data taken from 28 days after the injection was administered as part of Russia's mass vaccination program between December 5, 2020 and April 15, 2021.      An efficacy level of almost 80 percent is higher than that of many two-dose vaccines.

Sputnik Light has proven effective against all new strains of coronavirus, as demonstrated by the Gamaleya Center during laboratory tests, a press release from RDIF had said on May 6.