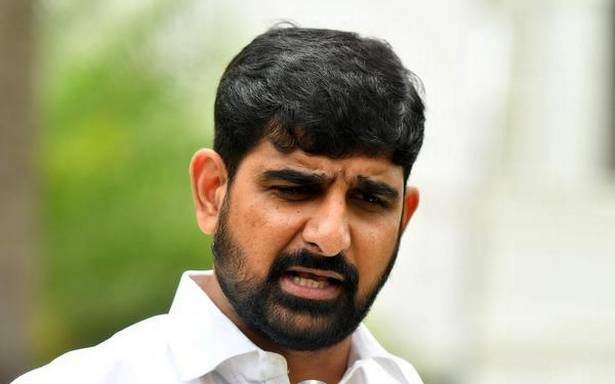 Governor Tamilisai Soundararajan has justified her decision to hold back a resolution referred to her by the State Cabinet seeking nomination of a TRS leader P. Kaushik Reddy as a member of the Legislative Council under Governor’s quota saying she needed time to study the proposal.

Mr. Kaushik Reddy is a cricketer-turned-politician who unsuccessfully contested the last Assembly elections from Huzurabad constituency as a Congress candidate and polled over 60,000 votes. He lost to former Minister Eatala Rajender, who is likely to be the BJP candidate in a byelection to the constituency shortly.

The Congress suspended Mr. Reddy, who was also an office-bearer of the party, after it was found that he was in touch with the TRS leadership.

On joining TRS, the party offered to recommend him for nomination to the Council from the Governor’s quota. A meeting of the Cabinet endorsed the decision of the party and referred it to the Governor after the byelection to Huzurabad constituency became imminent with the resignation of Mr. Rajender as the local MLA.

Ms. Soundararajan said the Cabinet made the proposal for Mr. Reddy for his contribution in social service. So, she needed time to verify his credentials and compare them with nominations made in the category in other States.

Reminded that she lost no time in clearing earlier Cabinet resolution nominating Goreti Venkanna, Basavaraju and B. Dayanand in Governor’s quota, she said she was convinced about their achievements in their respective fields.