Government to take stock of coal situation as crisis looms 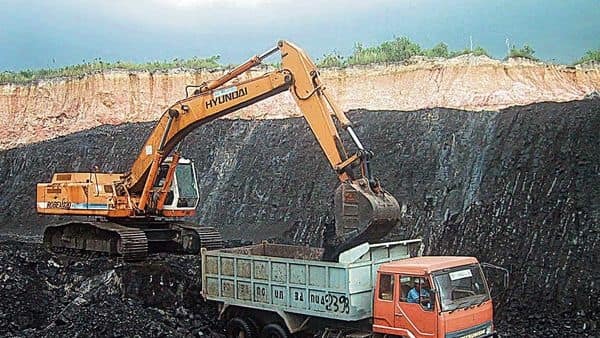 NEW DELHI : Three central ministers may convene a meeting on Tuesday, in the backdrop of concerns over possible blackouts in Delhi, Uttar Pradesh, and Andhra Pradesh because of depleting stocks of coal at power plants, said two government officials aware of the development on condition of anonymity. The aim is to find ways to ensure adequate supply of the fossil fuel to build up stocks, said the two officials.

On Sunday, the ministries of coal and power, however, said concerns over disruptions in power supply and depleting coal stocks were misplaced and erroneous.

For long, the largest miner of the fossil fuel, state-run Coal India Ltd (CIL), has been flagging concerns over inadequate coal stocks at power plants. “CIL has been requesting power houses to increase stocks to prevent any crisis in future resulting from shortage of coal," CIL had written to the director in-charge of fuel management at the Central Electricity Authority on 18 March. A copy of the CIL communiqué has been reviewed by Mint.

This assumes significance as coal-fuelled capacity of 202.80 gigawatt, accounts for 52.41% of India’s installed capacity of 386.88 GW. “They (power plants) may further be requested to source and meet additional requirements in aforesaid manner at the earliest to build up the necessary stocks considering the upcoming summer and monsoon seasons to prevent the occurrence of any generation loss on account of shortage of coal at power plants," CIL said in its letter.

“CIL has been requesting power gencos to build up stock by lifting coal so that generation does not suffer during the summer and monsoon seasons," a CIL spokesperson said on Sunday.

Union government officials said it will take at least a week for coal stocks to considerably build up, with the current supplies essentially meeting daily consumption needs.

The coal ministry on Sunday in a statement said: “Ample coal is available in the country to meet demand of power plants. Any fear of disruption in power supply is entirely misplaced. The coal stock at power plant end is about 72 lakh tonnes, sufficient for four days requirement, and that the Coal India Limited (CIL) end is more than 400 lakh tonnes."

“On 9th October, the total despatch of coal from all sources (Coal India Limited, Singareni Collieries Company, captive coal mines, and imported coal) was 1.92 million tonnes, while the total consumption was 1.87 million tonnes. Thus, the coal despatch exceeded consumption, thereby indicating shift to gradual building up of coal stock," the Union power ministry said in a statement on Sunday.

India’s power sector is the largest consumer of coal. A revival in economic activity triggered an increase in power demand, leading to a shortage of coal.

Spokespersons of the ministries of coal, power, and railways did not respond, till the time of going to press, to email queries sent on Saturday night regarding the meeting of the ministers.

Heavy rain in September impacted coal production and dispatch. This combined with an increase in imported coal prices, lower generation from other fuel sources, and non-payment of coal dues also contributed towards inadequate supplies. India’s electricity load has also gone up as a result of the largest global household electrification drive through ₹16,320 crore Saubhagya scheme, India’s electricity load has gone up.

“CIL is having sufficient availability of coal, which can cater to the additional demand of the power houses. Even during this situation where power demand is at its peak, power plants are still not submitting program/adequate program from ECL (Eastern Coalfields Ltd), BCCL (Bharat Coking Coal Ltd) and CCL (Central Coalfields Ltd) which is hampering the power dispatch as well as overall dispatch performance," the CIL letter in March said.

According to CRISIL, the coal inventory at thermal plants will improve only gradually by next March and will hover around 10 days in the current financial year, compared with the two-year average of around 18 days.

“We are managing right now. If it rains again in the coal bearing parts of the country, then there will be a real problem," said a senior union government official cited above requesting anonymity.

While CIL’s annual production target is 670 million tonnes (mt) for the current financial year, the coal offtake is expected to be 740 mt. The miner started the year with a 99 mt fossil fuel stock and the current coal stock available for supply at CIL mines is 40 mt.

In his communication to Prime Minister Narendra Modi, Delhi chief minister Arvind Kejriwal articulated his concerns and called for adequate coal and gas supplies to plants supplying electricity to Delhi and electricity price at power exchange to be “suitably capped to discourage profiteering by traders/generators from the current crisis."

The Union power ministry has negated any such power crisis in the national capital.

“The minister has directed that distribution companies of Delhi will get as much as power as requisitioned by them as per their demand," the power ministry said in its statement on Sunday. “If any DISCOMs is found to resort to load shedding despite being power available as per PPA, action would be initiated against them."

In a communication to Modi, Andhra Pardesh chief minister Y.S. Jagan Mohan Reddy has called for coal fuelled power generation plants under the corporate insolvency resolution process (by national company law tribunal (NCLT) to “commence operations immediately, regardless of the stage of the proceedings at NCLT. This will save the coal transport time and quantity limitations in coal transportation to non-pit head coal plants."