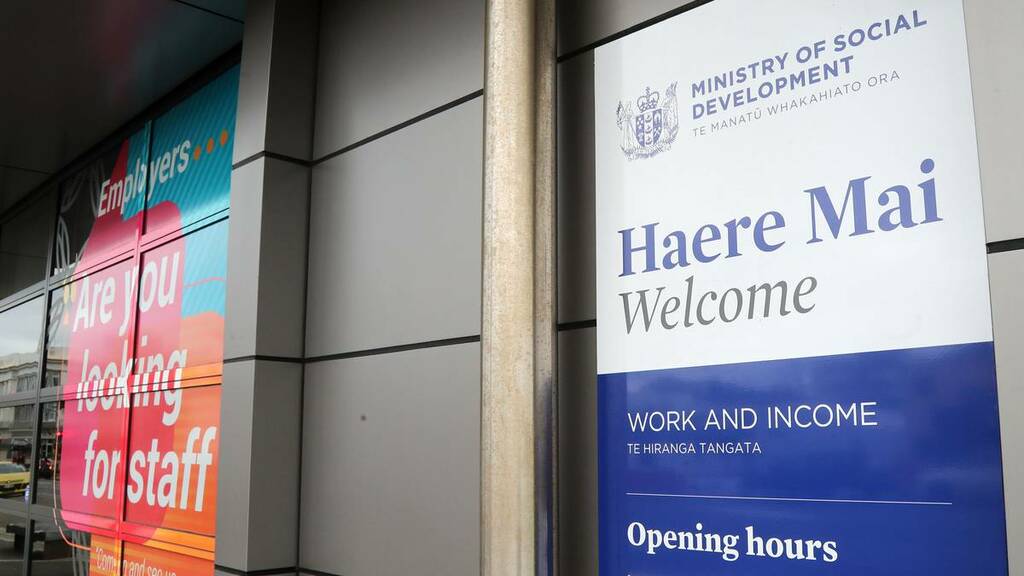 Some of the poorest Kiwis owe nearly $4 billion in debt to the Government, with individual debtors sometimes owing sums in the hundreds of thousands of dollars.

He said he was "frustrated" that Government attempts to alleviate people's debt burdens were progressing slowly.

"We've been advocating for this since before Covid was around," he said.

Almost half of this money is owed to the Ministry of Social Development. A briefing to the Prime Minister Jacinda Ardern said that most of this debt fell into two categories "overpayment debt and recoverable assistance" - money loaned by the state to people in financial strife.

It said the "root cause" of most of the debt owed as recoverable assistance was because of "income inadequacy".

"The adequacy of both main benefits and supplementary assistance payments has eroded over time and do not align with the costs they are meant to cover," the briefing said.

"This is directly related to the increased levels of Hardship Assistance being provided to meet people's immediate and essential needs," it said. This comment was made before the Government decided to raise benefit levels at Budget 2021.

Despite Kiwis' growing indebtedness to the state, the Government has stalled on a work programme to make life easier for people who owe it money.

The Tax Working Group recommended in 2019 that the Government create a single debt collecting agency responsible for managing the debt people owe to its various ministries and other entities. The Government's Welfare Expert Advisory Group built on this, arguing that the Government needed a single, unified approach to the way it approached debt.

But that progress has stalled - and there is no indication when or if the Government will pick it up again.

While this work has been frozen, the amount of money owed to the Government has grown. The total sum owed to the government is equivalent to 7 per cent of the Government's total pre-Covid debt level - and it has continued to increase, growing by nearly $100 million between June 2019 and June 2020.

The briefing, released to the Herald under the official information act, showed that in June 2019, people owed the Crown $3.74 billion from a range of social welfare programmes. That debt stood at $3.82 billion in June 2020.

These sorts of debts are often triggered when the person receiving the benefit fails to declare a change of circumstance to the Government. That change of circumstance might trigger a change in the amount of benefit that person is owed - when the Government finds out it has been overpaying the beneficiary, they calculate the amount overpaid and add it to that person's debts.

The briefing to Ardern wanted that while "debt can be a standard feature of financial life" it could also "become a problem - contributing to financial hardship, stress, poor physical and mental health, stigma, and social exclusion".

The briefing said that "significant" work had been done to address some of these problems, largely by regulating payday lending.

It said the Government was exploring ways of addressing New Zealanders' debts, "both how debt is generated, and how it is collected".

The briefing said that some of the overpayments of benefits and working for families were "preventable" and could create an "unnecessary burden" for the poor.

In 2019, a handful of the biggest arms of Government, the Department of Prime Minister and Cabinet's Child Poverty Unit, Treasury, the Ministry of Social Development, Inland Revenue, and the Ministry of Justice , got together to work on helping low-income families address their debts.

But instead of following the advice of the Government's working groups, and collaborating across the public service, those agencies decided to first "rely on work being undertaken within agencies".

One piece of work that is happening is the Social Wellbeing Agency - the renamed Social Investment Agency - researching common debtors, with the officials saying that concrete decisions to address debt owed to Government will be made after that research comes back.

Tanielu said the debts to Government created "a really vulnerable group of people".

"Often a large group of people who are in debt not just to government but to private lenders as well," he said.

He said people getting into debt often did not have the income to service the existing costs of living, let alone the added cost of servicing their loans.

"The picture for us is a dark one. Essentially you're trying to get debt out of a stone," he said.

A spokesperson for Social Development Minister Carmel Sepuloni said that the Social Wellbeing Agency's analysis had "helped us to identify the characteristics of people who hold debt to multiple agencies and focus agency efforts in the prevention and relief of debt, particularly for people in hardship.

The first and second phases of that programme had been finished, and their findings will be released shortly.

A spokesperson for the Department of Prime Minister and Cabinet said that work to create a unified Government debt collecting agency had been paused while the focus shifted to other approaches.

"Officials are working on a number of short term and longer term options for ensuring debt recovery is fair, effective, and avoids exacerbating hardship, and preventing debt from occurring so that it does not create future problems for those in hardship," they said.

"The work on a crown debt collection agency has been paused for the short term while we focus on alignment between government agencies on approaches to debt relief and prevention".