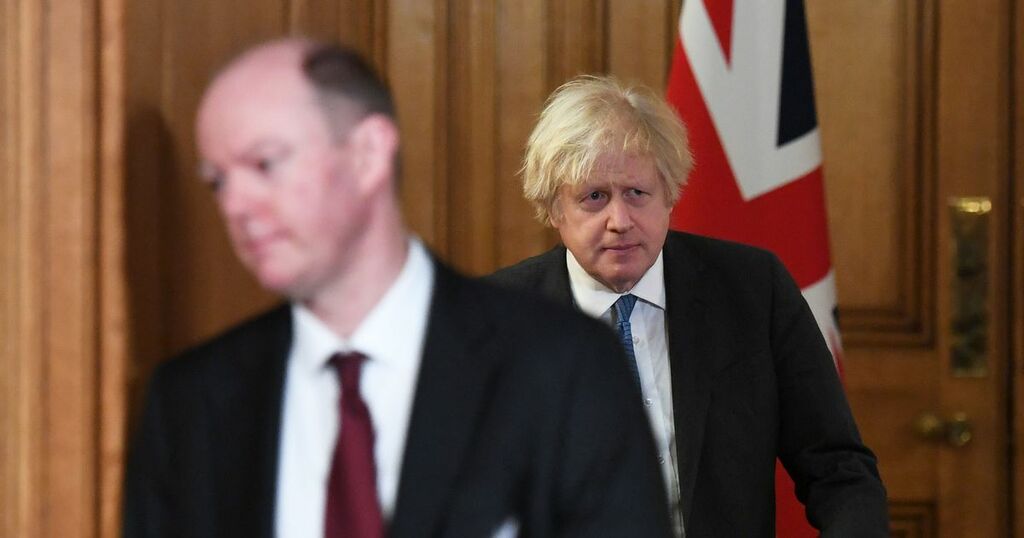 A major investigation has found that the government made a 'serious error' by failing to lock down the country quickly enough at the start of the pandemic - costing tens of thousands of lives.

A joint probe by the Commons health and science committees has criticised ministers for taking a “gradual and incremental” approach to lockdowns last year, branding it one of the 'most important public health failures' the UK has ever suffered.

MPs said: “It is now clear this was the wrong policy, and that it led to a higher initial death toll than would have resulted from a more emphatic early policy. In a pandemic spreading rapidly and exponentially every week counted.”

MPs also tore into the “slow, uncertain and often chaotic” £38billion Test and Trace system, which had failed to prevent future lockdowns.

They said: “The resulting requirement to abandon testing people in the community at the critical early period of the pandemic cost many lives.”

And it criticised the government’s failure, despite repeated promises from then-Health Secretary Matt Hancock, to put a “protective ring” round care homes, where more than 40,000 elderly and vulnerable people have died from Covid.

Doctors’ leaders last night called on ministers to “learn immediately” from the report.

Dr Chaand Nagpaul, chairman of the British Medical Association, said: “We are far from out of the woods with the pandemic, with rates of infection, illness and death continuing to be among the worst in comparator nations.”

Shadow Health Secretary Jonathan Ashworth said the independent public inquiry, scheduled to start in the spring, must be brought forward.

He said: “This is a damning report by a cross-party group of MPs into the monumental errors made by ministers in responding to the pandemic.

“At every step ministers ignored warnings, responded with complacency and were too slow to act. We need a public inquiry now so mistakes of such tragic magnitude are never repeated again.”

The families of some of the 150,000 people who have died in the Covid-19 pandemic said the report was a “painful confirmation” that their loved ones could have survived.

Jo Goodman, co-founder of Covid-19 Bereaved Families for Justice, said: “Although this report falls well short of holding those in power during the pandemic to account, it still manages to identify clear and catastrophic mistakes which led to tens of thousands of unnecessary deaths.”

She said: “These failings must now be investigated by an independent, statutory inquiry in which our perspective is listened to. Only this will provide lessons that can protect lives in future and the closure bereaved families need.” The MPs did applaud the vaccine ­roll-out as “one of the most effective initiatives” in UK history and praised the NHS, businesses and officials for making it possible.

The report said: “Ministers were correct to identify that a vaccine would be the long-term route out of the pandemic and presciently supported their research and development.”

It said the success of the vaccine programme had “redeemed” many of the Government’s failings.

Those failings included a decision last autumn to ignore scientific advice for a two-week circuit-breaker which could have saved thousands of lives. It meant there was a month’s lockdown, apart from schools, in November as the Alpha variant spread through the UK.

The report said: “Ministers were clearly over-optimistic in their assumption that the worst was behind us during the summer months of 2020.”

Further failings included delays in bringing in self-isolation rules, “light-touch” border controls that permitted more cases to enter the country and regional tiers which were not “watertight” enough to prevent infections.

There was also little scientific evidence for measures such as the 10pm curfew on pubs brought in last September, which had pushed some businesses to the brink.

MPs slammed the government’s preparations for the pandemic and suggested that the Army play a more central role in future outbreaks, while the NHS should have a permanent register of volunteers.

The MPs concluded care homes were not given ­sufficient priority in the early stages of the pandemic.

The report said: “It put massive strain on a social care sector already under huge pressure.

“Social care had a less prominent voice in government during the early stages of the pandemic than the NHS.”

They warned that issues around funding and staffing in social care should be resolved “urgently”. Existing problems would be “compounded” this winter by making it compulsory for all staff to have Covid-19 vaccinations.

In a joint statement, committee chairmen Jeremy Hunt and Greg Clark said: “The UK response has combined some big achievements with some big mistakes.”

They said: “It is vital to learn from both to ensure we perform as best as we possibly can during the remainder of the pandemic and in the future.” Worryingly, the report concluded that “pandemics like Covid-19 will become more common”.