Gordon Ramsay not impressed with TikTok artist's painting of his face 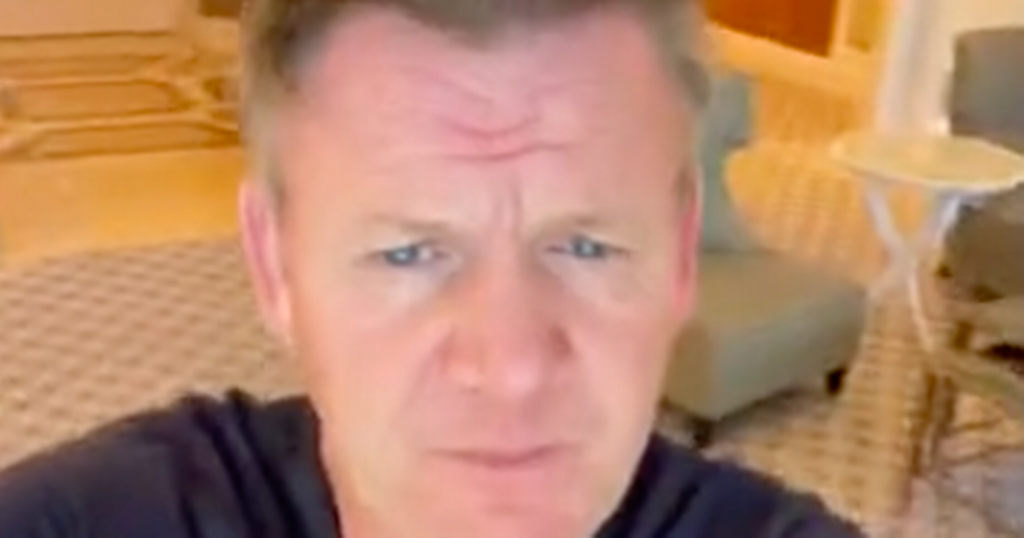 Gordon Ramsay was not impressed after a TikTok artist created a colourful mosaic painting of his face that resembled a kids game.

The Hell's Kitchen chef even suggested that he'd looked like he's swallowed a piece of furniture after TikToker EJ _custom painted him on paper for his latest project.

The artist who paints freehand held the paper up the camera as he began to create the chef's face.

Watching on Gordon said: "You're painting me - oh no come on dude really?"

EJ painted along to an 'epic rap battle mix of Gordon Ramsay and Julia Child' as Gordon cringed: "What the hell is that music in the background?"

As the painting begins to take shape, Gordon jests: "Oh my lord is that my eye? No Stop it. How big are you making my face?"

And after seeing the colourful end result which looked like his face had been formed from a colourful mosaic pattern Gordon said: "You can play Simon with my face."

He was referring to the electronic memory game Simon, which sees players use a coloured board.

A cheeky Gordon's verdict for the finished product: "It looks like I swallowed the sofa."