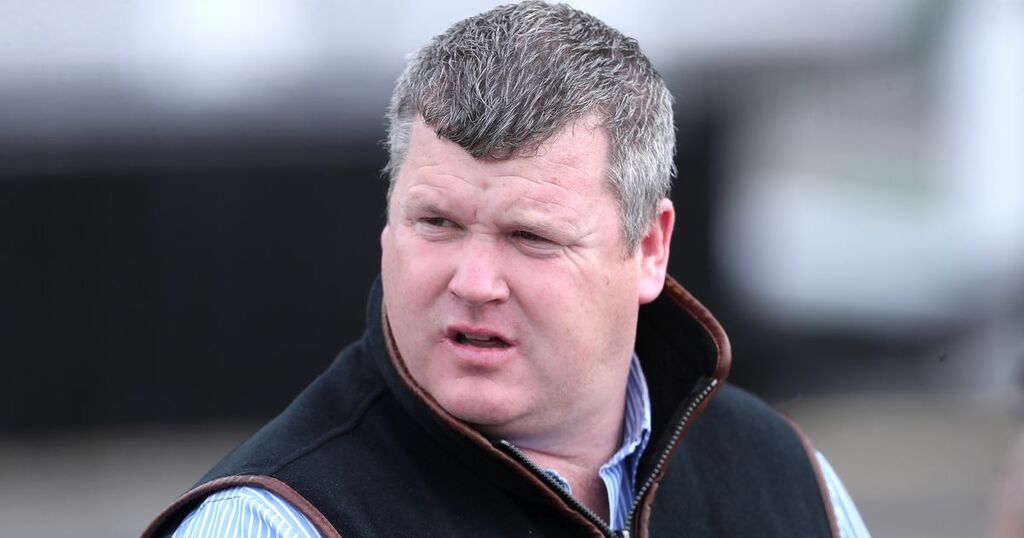 Gordon Elliott has been pictured at a racecourse for the first time since his ban expired over a photo of him sitting on a dead horse.

The Meath trainer was handed a one-year ban with the final six months suspended over the shocking image, which emerged on social media earlier this year.

Elliott attended Tuesday's flat meeting at Punchestown where he had one runner – Oh Purple Reign in the Donate To The Coast To The Curragh Cycle In Honour Of Pat Smullen Handicap.

But there was no winning return for the trainer as the four-year-old finished 12th of 14 runners.

Ridden by Declan McDonogh, Oh Purple Reign was the 9-2 second-favourite to follow up his Gowran Park victory of 13 days earlier, but he was struggling towards the rear turning for home and ultimately beat just two rivals behind 14-1 winner Khafaaq.

Speaking ahead of his return, Elliott told Racing TV: "When I opened the photograph I knew it wasn't good. I got an awful shock when I'd seen it on the Saturday evening myself. It's something I never want to experience again.

"For a man in my position it shouldn't have happened and it was a terrible mistake."

Elliott was asked if he'd change anything after the photograph was released, and said: "In hindsight you'll always do things different but I'll never forget seeing the photograph. I was at Fairyhouse and the horse was just about to go out for the last race in the bumper and I seen and I got an awful shock. I contacted our governing bodies, the IHRB, I contacted Horse Racing Ireland and said it was me.

"They dealt with it straight away, I had a meeting with them the following day. I was very straight up with it the whole way but something I would never like to have to do again, to be honest.

"It's something that I'm going to have to live with for the rest of my life."

Elliott will have his first jumps runners at Sligo on Wednesday, with four of his seven entries declared.