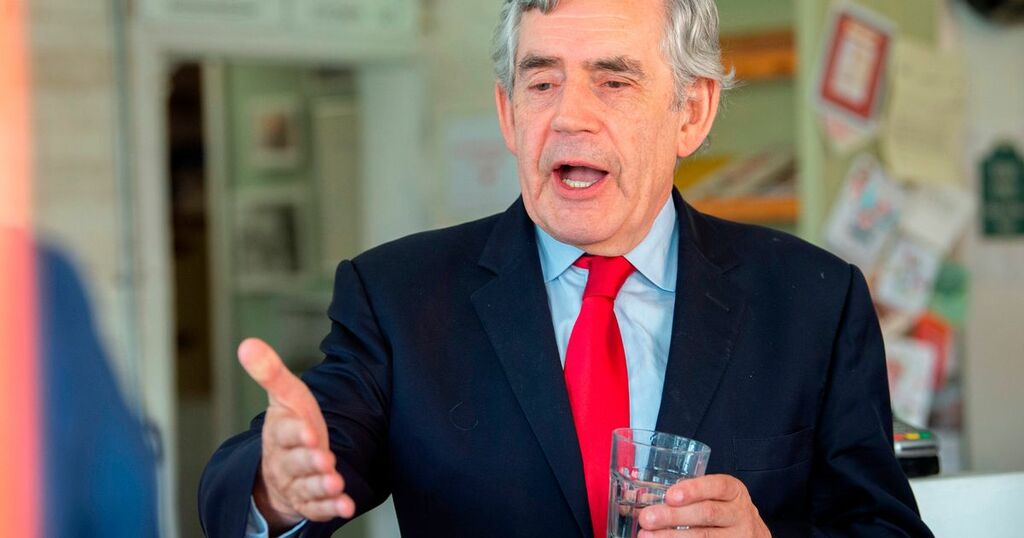 Gordon Brown said 'no group of families should ever again have to walk alone' in a powerful speech in support of a new Hillsborough law.

Mr Brown was one of two former Prime Ministers to speak in support of the campaign today - with Theresa May also giving her backing.

The former leaders were speaking at the Hillsborough Law Now event, organised by the Mayors of the Liverpool City Region and Greater Manchester - Steve Rotheram and Andy Burnham who spoke alongside family members of those who died in the 1989 disaster.

Read more: Powerful calls for 'Hillsborough Law' to help in the fight for truth and justice

The event marks a new push for a law to be enshrined that aims to bring in changes including the creation of a legal duty of candour for public officials and making greater resources available to survivors and bereaved relatives in the aftermath of a disaster.

The event comes comes after the broadcast this week of the powerful ITV drama 'Anne', which powerfully showcased the efforts of Formby mum Anne Williams as she fought for justice for her son Kevin, who was among those who died following the terrace crush at the Sheffield stadium.

In his speech today, Mr Brown, who was in power when the Hillsborough Independent Panel was formed, said: "Let me first pay tribute to the perseverance the patience and most of all the dignity of all Hillsborough families who suffered such a grievous loss, a loss that I know will never leave you as long as you live -- and it is to respect and honour the memory of Anne and all who died that we need the Hillsborough Law now - no delays, no prevarications, no excuses - to secure justice for you and everyone who in future face the same challenges.

"I am here to speak in support of Andy Burnham, Steve Rotheram, members of the panel, actors in Anne, the Hillsborough families support groups and all the families themselves - and not just because Liverpool and Scotland have the strongest connections but because as a Prime Minister, with Andy, I ordered the creation of the Independent Panel - and to say, with all who speak today, that no one should ever have to go through what all Hillsborough families have had to live through."

"No one should have had to wait so long to be heard as you waited so long.

"No group of families should ever again have to walk alone."

Mr Brown added: "An injustice anywhere is a threat to justice everywhere and to protect all, we need the Hillsborough law now. - a new legal duty of candour - and that means no cover-ups, no concealment, no closing of ranks.

"Proper legal representation for families in the event of a public disaster. A Charter for Families Bereaved and your rights that guarantees publicly funded participation of bereaved families at inquests.

"A public accountability law that requires not just disclosure but obliges the authorities - police courts governments - to proactively explain what they have done, omitted to do and failed to do."

He said: "And what was proposed first by Michael Wills and taken forward in the commons by Maria Eagle: the creation of an institutionalised, independent and adequately resourced advocate for the bereaved to act as representative, adviser and support and to secure the transparent flow of information that in the Hillsborough case was too long delayed and denied, so that with these new acts of parliament we ensure that the law stands up for the public interest not vested interests, for justice not just the status quo, so that no one facing tragedy as Hillsborough families faced tragedy will ever again walk alone."

The campaign being championed at today's event calls for a package of measures, including: