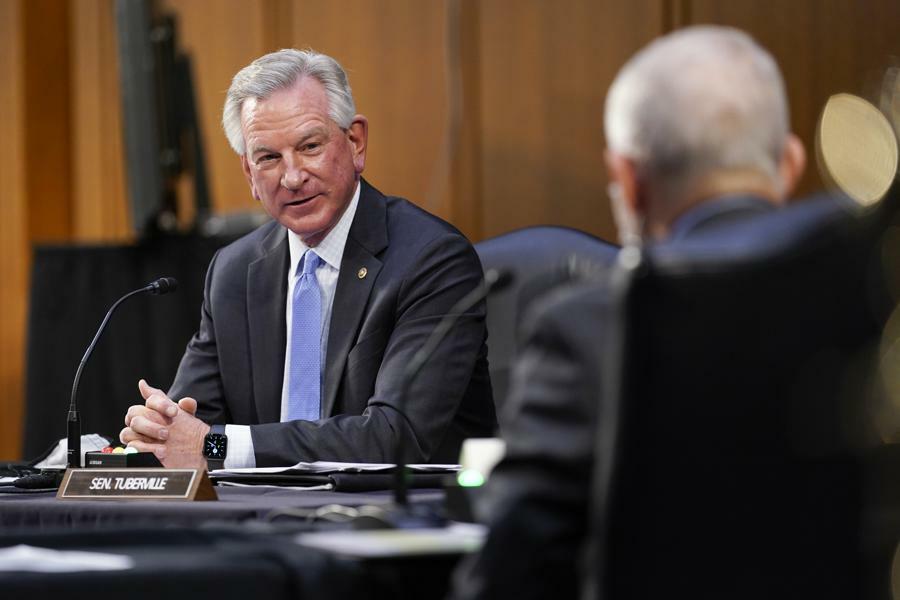 A group of Senate Republicans on Tuesday introduced a long-shot bill to make the director of the Centers for Disease Control and Prevention a Senate-confirmed post, the culmination of GOP criticism that the agency has grown too powerful during the pandemic.

The bill would amend the 1944 Public Health Service Act to require the Senate to give its “advice and consent” on the president’s appointees to fill the role of CDC director.

Tuberville said in a statement the CDC director is “arguably the most powerful position” within the Department of Health and Human Services that is not subject to Senate confirmation, arguing “the American people should get a say in the process.”

Tuberville cited the CDC’s “vast and seemingly unchecked” role during the pandemic, which has included issuing guidance on masks, social distancing and other coronavirus precautions, which he said has “impacted every American — without input from Congress.”

Republicans have increasingly railed against public health officials in their broader crusade against coronavirus measures. Most recently they challenged the CDC’s ability to enact a sweeping eviction moratorium in August covering 90% of renters, which was struck down by the Supreme Court later that month.

CDC directors, though not confirmed by Congress, still have the obligation to provide information to Congress, as many executive branch officials do. Current Director Rochelle Walensky most recently testified to a House committee in May, while her predecessor Robert Redfield testified to the Senate in September.

Tuberville told Forbes the most important factor in a CDC nominee would be “experience.” Asked if Walensky, a former professor at Harvard Medical School and infectious diseases chief at Massachusetts General Hospital, would be confirmed, or get his vote, he said “probably not… because of experience. [She] doesn’t have near the experience I think you’d need to have to be in that position.”

The bill is unlikely to succeed this session given Democrats’ control of both chambers of Congress, as well as the fact that at least 10 Democrats would have to vote for the bill in order for it to overcome the Senate’s 60-vote threshold.