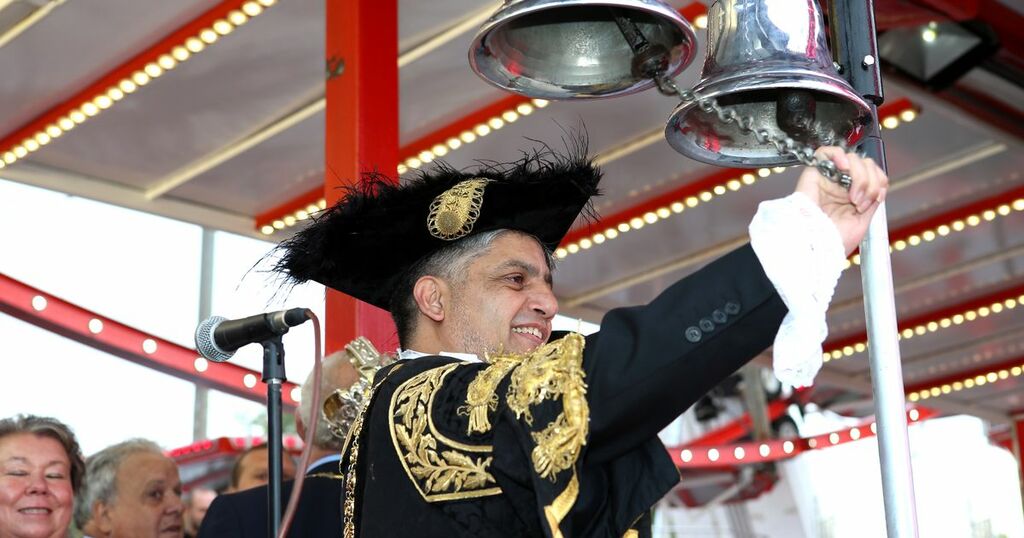 Nottingham's Lord Mayor Coun David Trimble will carry out the 700-year tradition of reading the charter and ringing the bells.

But it won't be taking place at the usual fairground location, Forest Recreation Ground. Instead, it will be on the Council House steps on Thursday at noon.

This year's fair, due to start tomorrow (Wednesday) and run until Sunday, has been cancelled due to ongoing concerns over Covid.

It followed a furore over Nottingham City Council wanting to install a perimeter fence around the site and charge an admission fee, which members of the Showmen's Guild refused outright.

William Percival, chairman of Nottinghamshire Showman's Guild, said it is a royal duty to read the charter.

"The charter must be read. It's always on a Thursday - the Wednesday became an extra day some years ago but they always kept the official opening to what they call the Charter Day which is the Thursday."

"It's a shame. Every other fair in the country is going head.

"The fence was a non-starter, that was never going to happen. If that raises its head again our members will not accept it and I have told the local authority this. That fair will never be fenced in and we'll never charge the public to come to it.

"The fair was given to the people of Nottingham 700 odd years ago - it is their fair and we present that fair.

"We feel with a bit more negotiating we feel the fair could have gone ahead this year. We put plans in place and we spent a lot of time on it.

"When the leader announced the fence was going and there was no charge, we thought there would be a fair but obviously other things fell into the mix."

Showmen will be taking their attractions to fairs in Hull, Ilkeston, Ripley and Loughborough.

"Every other fair in the country is going head. There will be a fair next year, one way or another. They'll all be back," vowed Mr Percival.

"We've got to live with this thing. So many people have been disappointed. Over 400,000 people are missing out, not having what they're traditionally used to.

"Did you see how close those people were together at the London Marathon on Sunday? 40,000 runners and I don't know how many spectators and they were nearly in each other's pockets."

Nottingham City Council previously said it was reluctant to cancel the fair but the decision was based on a range of issues, including Covid infection rates remaining high, national guidance and advice from experts in public health and event planning.