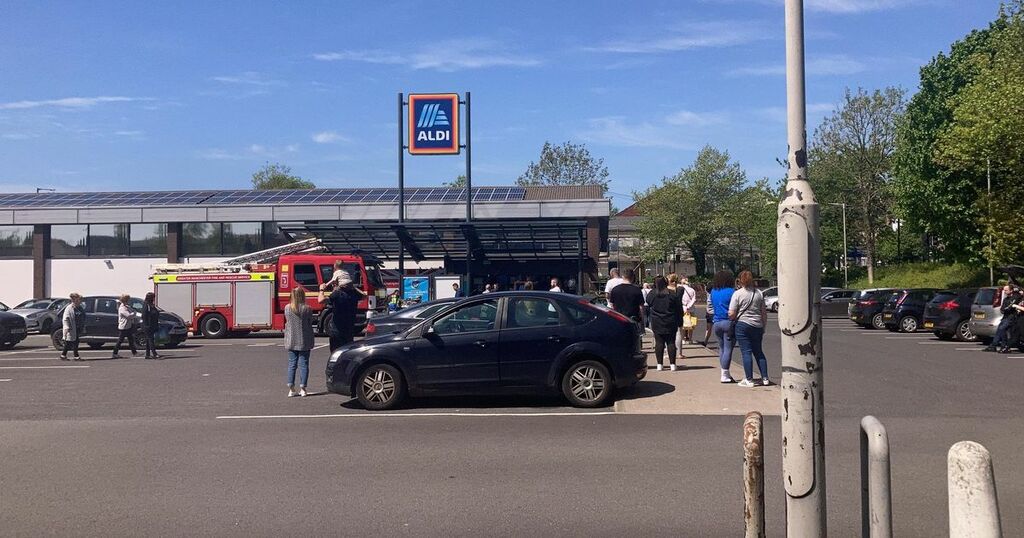 Firefighters were called to the scene at around 12.30am

One star of the show was PD Jaeger

Polcie were called to Audenshaw Reservoirs on Monday

The Guardian - AU
Federal election night: what we know so far

The Canberra Times
"People seemed like they were coming back to us": Labor confident in Shortland

A GOOSE is understood to have caused power cables to come down - prompting an 'explosion', a fire and a power cut. Blackrod residents spotted a blaze in a field following the incident.

At around 9.40pm on Wednesday (May 11) people saw a 'huge' flash of light. Others said they heard an 'explosion', causing fire crews to rush to a grassed area close to Rotherhead Close.

Fire crews attended alongside Electricity North West. Horwich and Blackrod councillor David Grant shared a picture of the blaze on social media, warning that fire crews were clearing the area.

Residents temporarily experienced a power cut at around the same time. The Manchester Evening News understands a goose caused a cable to come down.

One imagen from doorbell footage clearly shows a large flash of light, which can be seen coming and going within a second, far in the distance, at the same time the reported explosion was heard. Two fire crews attended the fire to dispel the flames and no further issues have been reported by Electricity North West.

A spokesperson for the Greater Manchester Fire and Rescue Service: “At 21:40pm today (11 May), firefighters were called to Blackrod in Bolton to reports of a power cable coming down, causing a power cut. Two fire engines from Horwich and Bolton stations attended the scene. Crews worked alongside Electricity North West, and were in attendance for around an hour.”

A spokesperson for Electricity North West added: “Yesterday evening at 9:39pm, we received reports of a power cut affecting 2,209 properties in the Blackrod area after a goose collided with and damaged an overhead power line.

“Using our automatic restoration systems, we were able to restore power to all but three properties in the area within three minutes. We’re in constant communication with the remaining three businesses that remain without power and will restore as quickly and as safely as possible.

Electricity North WestBlackrodElectricity
Sign up to read this article

Firefighters were called to the scene at around 12.30am

One star of the show was PD Jaeger

Polcie were called to Audenshaw Reservoirs on Monday