A century ago, the world finally put the 1918-20 influenza behind it. One of history's deadliest epidemics, following one of its deadliest armed conflicts, gave way to a decade that would be named for its economic abandon and social revolution — a decade of consumerism and frothy financial markets, of new music, art and fashion, of individual self-gratification and an embrace of freedom.

As the year turns, can we expect our century, too, to produce a Roaring Twenties? And, keeping in mind that the last iteration came crashing down with the Depression, is there anything we can do to ensure we enjoy the party without suffering the hangover?

The breakthrough development of several effective vaccines dangles the promise that we can indeed bring the coronavirus pandemic to an end in 2021. If that happens — and it is a big if, depending as it does not just on vaccine science but on governments' rapid rollout of large-scale vaccination programmes — then it is not far-fetched to think that the economic equivalent of a hundred-year wave could be followed by a once-in-a-century boom.

It is easy to find economic reasons why 2021 may be a year of bumper growth. The pandemic shutdown has been that rarest of economic depressions: one caused by intentionally curtailing productive capacity. Expect governments to remove these constraints the moment it is safe to do so. (Indeed many will be keen to remove them even sooner, judging by their previous premature relaxations.) As long as the demand is there, a quick rebound from today’s subdued activity is likely.

And the demand will be there. While many people have lost their jobs, more have kept theirs, and have been unable to spend as much as they used to, with shops and restaurants closed and entertainment and holidays cancelled. The flip side of the unplanned rise in household savings is a frustrated desire to spend. With the end of the pandemic, much of this pent-up demand will be released. Moreover, the policy support for strong demand growth — government deficits and ultra-loose monetary policy — is likely to stay in place for some time.

This is not just a quantitative matter of activity rebooting and purchases picking up. What people will spend money on, too, is likely to carry echoes of the Roaring Twenties.

Public health restrictions have disproportionately hit the more hedonistic end of the consumption spectrum: what we have stopped doing is eating together, drinking together, entertaining one another and going on holiday together. Vaccine-induced herd immunity will, quite literally, make it OK to party again.

And my goodness will we have reason to party. It is not just the numbers that point to a consumer boom; behind them lies something less tangible but yet more convincing. You do not have to be an economist, only human, to understand the desire to let loose, get together, and take risks after a year of cautiously locking down at home and distancing ourselves from one another.

Such upbeat confidence is the most elusive ingredient of economic growth, but it is no less fundamental for that. The belief in good times can spur consumers to make bigger purchases, businesses to invest in greater capacity, workers to train for better jobs — and even families to have more children. All these would contribute to a durable pick-up in growth.

That is the optimistic scenario. So what might go wrong? Many things could — of which the most immediate is that policymakers panic and clamp down on the recovery before it has time to turn into a boom.

In the UK, the 1920s fell well short of roaring because of disastrous monetary policy: the decision to restore the prewar sterling peg to gold. Today, too, the hard money obsession is far from eradicated. Premature monetary tightening is the surest threat to a new Roaring Twenties. An abrupt fiscal consolidation comes a close second.

Another risk is that confidence, let alone ebullience, never shows up. The vaccination rollouts may run into problems, or take too long, or new mutations may mean that the virus stays with us as enough of a lurking danger to make people behave cautiously in their social and economic lives.

Even if the pandemic is defeated, the psychological scarring from the unprecedented events of the past year may make people permanently more cautious. In the original Roaring Twenties, abandon and liberalism of all sorts — from finance to sexual mores — was countered with a strengthened conservatism, such as Prohibition movement.

The biggest concern, however, must be that much of the economy — and of society too — is too broken to come to the party.

Today’s high saving rates are not universal: even as those restricted in spending are building up cash piles, those unable to work are running down what meagre savings they may have. Temporary policy measures have managed to stave off bankruptcies. But many companies will still be too deep under water to come back up alive. Again, beyond the economics lies psychology. Many people will be grieving the losses of loved ones and smarting from the shock of isolation for many years to come.

What all this calls for are measures which ensure that everyone feels the economic and social system has their back. A dark underbelly was, of course, also as much a feature of the previous Roaring Twenties as the glitz of its Great Gatsby surface.

A century ago, the decade ended badly. We can do better this time — not by reining in the hedonistic release but to make it inclusive. When it is finally time to celebrate, let everyone come to the party.

2021 The Financial Times Ltd. All rights reserved. Please do not copy and paste FT articles and redistribute by email or post to the web. 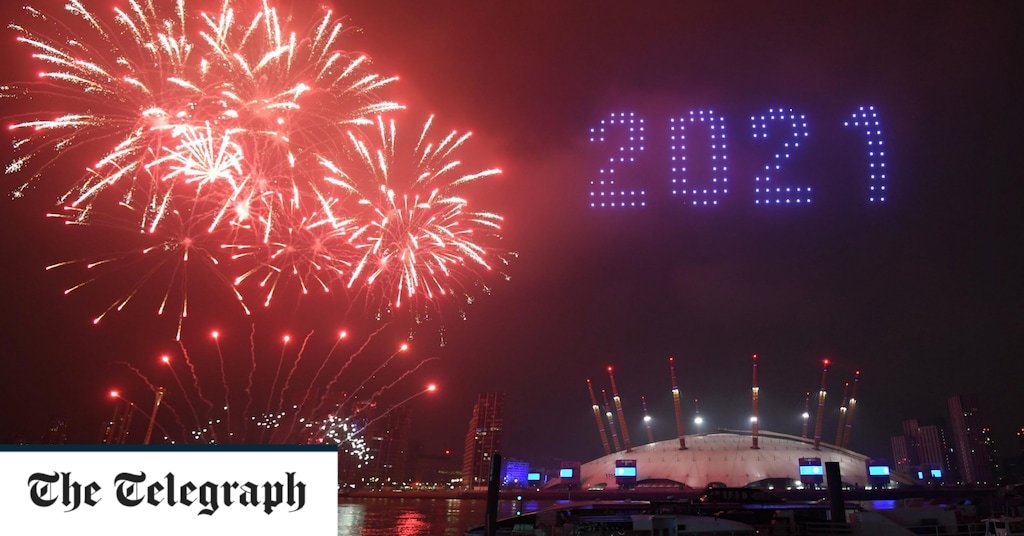 Three vaccine rollout scenarios: the good, the bad and the ugly
In the absence of global agreements, expect vaccine nationalism and geopolitical skulduggery to proliferate in the months ahead

The Telegraph
One subscription that gives you access to news from hundreds of sites
Volatile markets end 2020 strong with vaccines, stimulus in sight

Global commodity markets ended 2020 on a strong note, with recovering demand and widespread stimulus packages buoying prices after a…

An appropriate understanding based on reliable data is critical to ensure effective policy intervention, it said, adding a low base…

When 2020 dawned, the global economy had just notched its 10th straight year of uninterrupted growth, a streak most economists…

Reuters
Covid-19’s Impact On Public Health, Healthcare, And The Economy Will Linger In 2021

There are reasons to be cautiously optimistic about 2021. But, just as no-one could have known in December of 2019…

Forbes
One subscription that gives you access to news from hundreds of sites
Susan Tompor: Vaccine-fueled economic rebound expected in 2021
Most people are thrilled — and admit it, you probably have a string of reasons — to kick 2020 to…