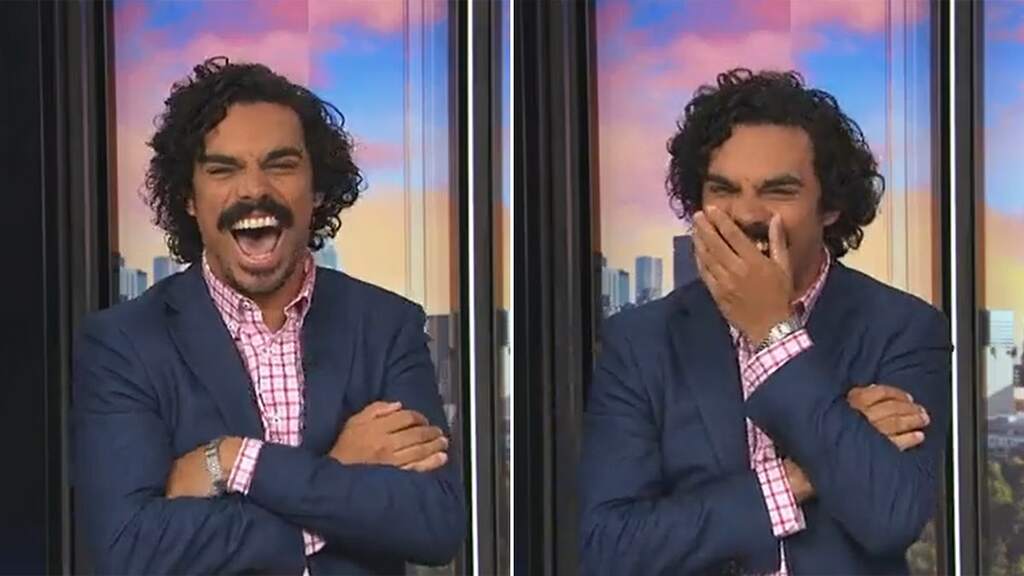 It all happened so quickly as Armstrong was giving the sports update on ABC News Breakfast on Tuesday morning.

“To cricket news, and Tim Paine is set to undergo neck surgery but medical staff remain confident he will be fit for the Ashes,” he said.

“Paine has a bulging dick that has been, bulging disc that has been – that’s a funny one – causing him pain in his neck and left arm and the injury hasn’t responded to treatment.”

Bringin' the raunch to Breakfast TV
Just when you thought you couldn't love @Tonaaayy_ any more than you do .. pic.twitter.com/FPYQnJWPTp

As soon as the sports headlines were over, co-host Michael Rowland jumped straight in.

“Disc, disc. I said disc,” Armstrong said with a grin.

“That’s what I thought you said,” Rowland replied.

The show then cut to weatherman/jumper influencer/Armstrong’s mate Nate Byrne.

“Why me? Why me? Don’t bring me into this. Is my mic working?” he said while bursting out laughing.

A clip of the incident spread around twitter, Armstrong simply saying: Lol.

Obviously words can’t convey just how beautiful the moment was because everyone’s reactions made it 10x funnier. Such is the magic of live breakfast TV.