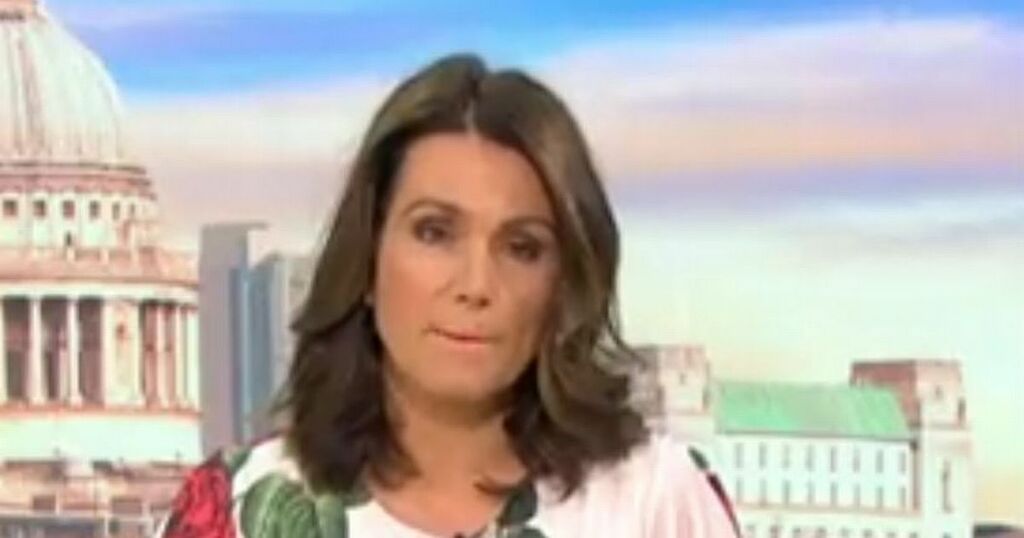 Susanna Reid is predicting a backlash against what she branded a 'depressing' lockdown that is being rumoured for October, questioning whether people would adhere to restrictions.

On Monday evening, it was reported by The i newspaper that there is a plan for a tightening of restrictions during the school half-term, amid fears the NHS will come under increasing pressure from coronavirus as winter nears.

There were 988 admitted to hospital with Covid and, bringing the weekly total to 6.573 and 45 deaths.

READ MORE: Government denies October firebreaker is on the cards

A source claims that the lockdown would be a 'last resort,' adding: "This is essentially the precautionary break that Sage suggested last year.

“It would be sensible to have contingency plans, and if a lockdown is required, to time it so that it has minimal economic and societal impact.”

Susanna and her Good Morning Britain colleagues Ben Shephard and Doctor Hilary Jones reacted to the speculation on Tuesday's show, when they were joined by the Daily Mirror's Associate Editor Kevin Maguire and Daily Mail columnist Andrew Pierce.

Addressing the chances of another lockdown, which the Government has now denied, and how people will react to it, Susanna questioned: "How seriously are we taking this?

“I want to just point out, this will be incredibly depressing for people to hear but is it also a possibility?”

Andrew told her it would be 'political suicide' for the Government to condemn England to another lockdown, to which Susanna responded: "And then I wonder, if they did, whether there would be adherence to it.

“I just get the sense that of course, people appreciate you’ve got to do what you can to suppress infections - of course, nobody wants anyone getting sick with Covid.

"But people are 18 months on and I think they might think ‘hang on a moment, what’s going on here?’”

Having his say on the matter and addressing the criticism the Government faced last year for not locking down soon enough as we headed into winter, Ben said: "There were big criticisms when they didn’t take the circuit-breaker/fire-breaker last October half-term and we saw what happened to the figures then…”