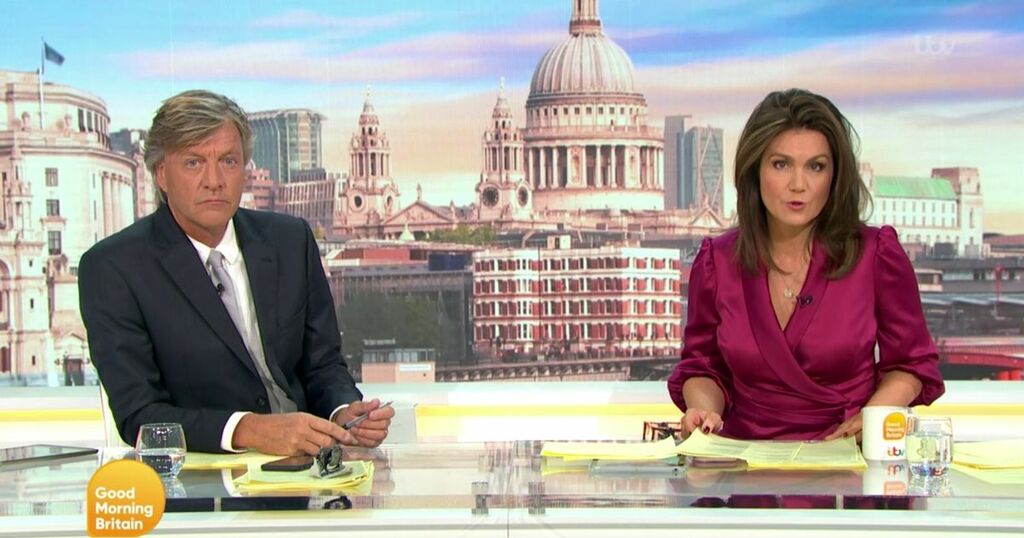 Good Morning Britain has come under fire after conducting an interview with a woman who escaped a New York apartment blaze.

Nine children - including a four-year-old are among 19 killed in the New York City fire overnight.

The city’s fire commissioner, Daniel Nigro, called it one of the worst blazes in recent memory.

Susanna Reid and Richard Madeley shared the upsetting news as they returned to GMB on Monday.

They then conducted an interview with Winter Thomas, who had escaped the fire, after she had previously spoken to a reporter at the scene.

Winter, who escaped from the ninth floor with her mother and siblings, recalled her horror at leaving the building and seeing children who had died.

"I was sleeping and my little sister came in the room," Winter recalled. "She was screaming for me to help her and I didn't know what to do.

"I looked out the window and as soon as I turned my head to the window there were flames coming up my window, black smoke."

The 20-year-old went on to explain how she went to check her mum and siblings were OK before adding: "It was very devastating."

Richard then asked Winter about what she had earlier told a reporter about seeing people jump from the window as they tried to escape the blaze.

"I've never seen so many dead bodies in my life. I saw dead people and kids lying dead on the floor."

She also spoke about her trauma around fires after leaving their last home for the same reason.

But GMB viewers were left upset by the interview and felt it was 'inappropriate'.

@EmilyMacxx tweeted: "Am I the only person who thinks it’s completely inappropriate to be questioning this young girl after the New York fires? Poor thing is completely traumatised and she’s getting asked specifics! #GMB."

"@GMB interviewing a young woman just after she’s gone through tragedy & asking questions like. ‘’ what floor was they jumping from’’ the presenter needs some training #goodmorningbritain #GMB #news #GBNews," @RyanMcN28 wrote.

@SabbaRanks said: "I really don't think this interview is appropriate. This young lady is clearly traumatised by the fire #gmb."

"Someone needs to pull this interview… wtf is this?? the questioning is awful. #gmb," @nxcolelauren commented.

Other GMB viewers were quick to praise Winter for speaking eloquently about the horrific situation, with @ginandtoxicuk asking: "#NewYork Winter #gmb @gmb is doing an amazing job speaking right now please tell her."

ITV declined to comment when contacted by the Manchester Evening News.

It has been reported that approximately 200 firefighters responded to the scene at the Bronx’s Twin Park apartments, a 19-storey building on East 181st Street.