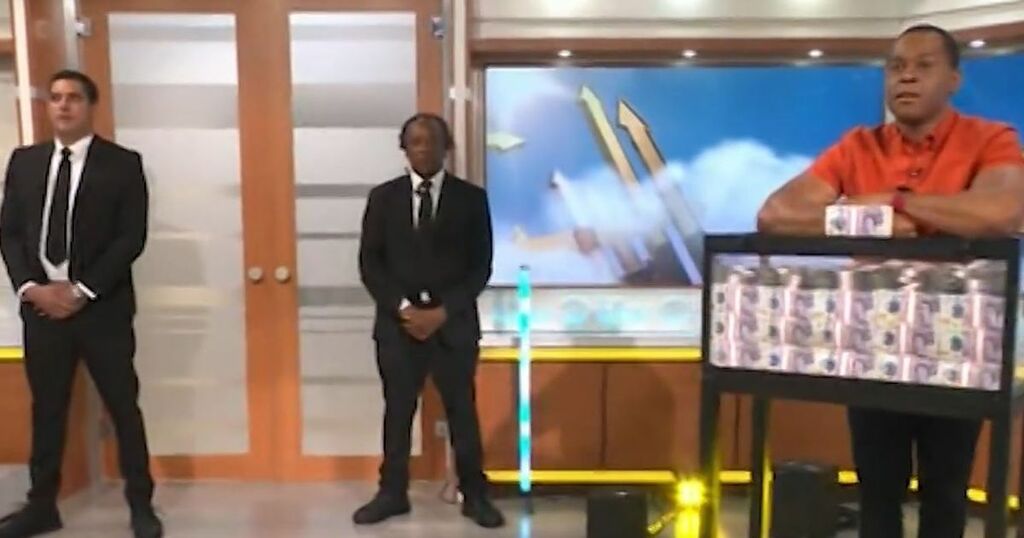 Security guards kept watch over the Good Morning Britain studio on Monday as the show announced the biggest ever giveaway in ITV daytime TV history with a chance to win £1m.

As Richard Madeley joined Susanna Reid for another stint as guest host on the daytime show and weather presenter Laura Tobin reported live from the North Pole on the ongoing issue of climate change, presenter Andi Peters appeared in the studio right next to a massive stash of cash.

READ MORE: Martin Lewis lays into MP over National Insurance as he returns to GMB

As dramatic music filled the air and pyrotechnics sparked up behind him, Andi explained: "It is our biggest competition prize ever.

"We've called it the big decision because you'll have one simple decision to make. We'll provide you with a £1m prize. £1m could be yours, that's right, all of it.

Musician Jack Savoretti was about to be interviewed by Richard and Susanna once Andi had finished and, when asked what he would do, said he'd take it all "in one go."

To find out more details on how to enter the competition head to www.itv.com/win.

As Andi insisted: "This is real money and it could be yours," viewers could see security guards standing behind him as co-star Richard said: "You should see the security here and outside; it's amazing!

"They're about six deep! If you're thinking of coming to rob the studio, don't bother, you'll be outnumbered!"

Around half an hour later, Andi Peter appeared on Lorraine with the money, once again flanked by security.