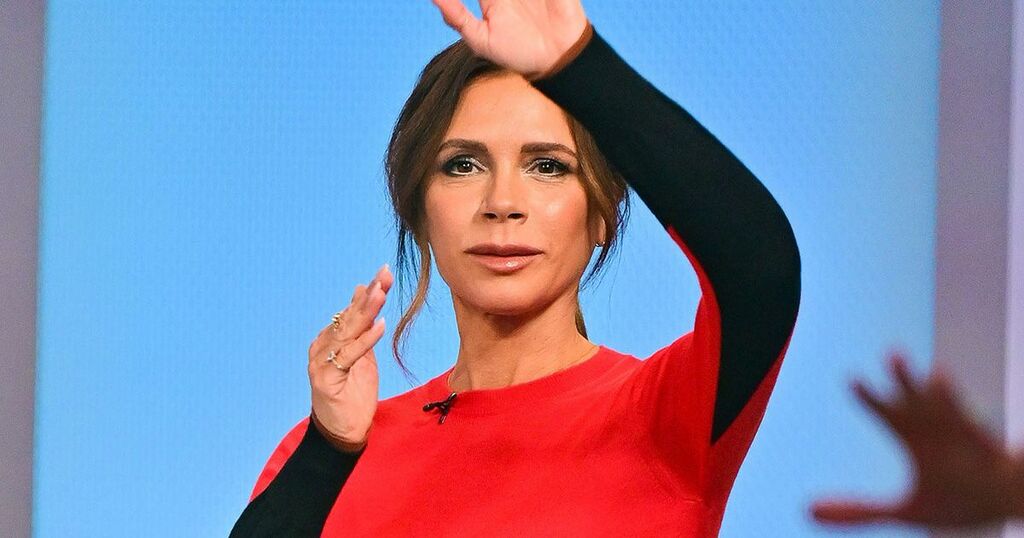 Victoria Beckham stunned Good Morning America viewers on Tuesday when she appeared on the show with noticeably fuller lips, with many claiming she should ditch the look because it seemed unnatural.

The Spice Girls star, 47, appeared on the show to promote her latest make-up range, Cheeky Posh, and discussed her marriage to her husband of 22 years, David Beckham,

But many viewers were left puzzled by her new-look lips, with one asking: "What's happened to her face?"

A third wrote: "Victoria Beckham on GMA is freaking me out. She only moves her eye lids and lips when speaking... it's so unnatural and distracting. The botox/filler game can work for pics, but wow it's not good for life things."

A fourth added: "'Watching @GMA and asking myself what’s wrong with @victoriabeckham lips. She seem that like she doesn’t have an upper lip!"

During the interview mum-of-four Victoria heaped praise on her husband David as she gushed about their special bond.

She said: "We're very supportive of each other. He's an incredible dad and a wonderful husband.

"We have a lot of fun, we support each other with everything that we do.

"It's about having fun and enjoying that person's company. I genuinely love being with him."

She then joked: "Which is good after all those years", adding as hosts Robin Roberts and Michael Strahan laughed, "It's a bonus!".

Host George Stephanopoulos then quizzed the fashion designer on what kind "marriage wisdom" she plans to pass on to the couple's four kids, Brooklyn, Romeo, Cruz and Harper.

She said: "Oh my goodness, marriage wisdom, you know, um, he's an incredible dad, um, and a wonderful husband, and we have a lot of fun."

Strahan then grilled the singer on whether she would ever return to the Spice Girls, but she said she was reluctant to get back with the band.

Victoria said: "I think you asked me this the last time!.

"You know I think the Spice Girls were such a big success... but I think my times of singing on stage are behind me."

She then joked about her passion of making beauty products for "her community'", saying she "wants to give them what they want, what they really, really want," in a reference to the Spice Girls hit Wannabe.