The Fair Work Commission has decided over two million Australian employees should have the right to access 10 days of paid domestic violence leave per year.

It’s something Australia’s unions have long been fighting for.

The Australian Council of Trade Unions filed a claim seeking to insert an entitlement to 10 days of paid leave. It argued family and domestic violence is a workplace issue, so requires a response from the workplace too.

The Commission granted five days of unpaid domestic and family violence leave in 2018.

Now in its most recent decision, the Commission gave a provisional view that everyone who works under modern awards — employees who are protected by the national workplace relations system — should be eligible for the 10 days paid leave.

As per The Sydney Morning Herald, that’s around 2.6 million people.

BREAKING: the Fair Work Commission has released a provisional view in support of 10 days paid domestic violence in all Awards.

The FWC agree with unions that this life saving leave will provide “significant assistance” to those leaving violence.#ausunions

The Fair Work Commission has released a provisional view in support of 10 days paid domestic violence in all Awards.

So proud to have contributed to this Review with our Report presenting victim-survivors views on the importance of paid leave provisions https://t.co/BqelZ5TJZi pic.twitter.com/kzCuiVpZLA

In a summary of the decision, the Fair Work Commission defined family and domestic violence as a “ubiquitous and persistent social problem”.

“While men can, and do, experience FDV, such violence disproportionately affects women. It is a gendered phenomenon,” the summary said.

“Since the age of 15, approximately one in four women (or 2.2 million women), compared to one in 13 men, have experienced at least one incident of violence by an intimate partner.”

It also highlighted the rising rates of family and domestic violence over the course of COVID-19. Similarly, it pointed out that victims of violence tend to have a disrupted work history and more restricted personal incomes.

“Employment is an important pathway out of violent relationships and paid FDV leave provides significant assistance to employees who experience FDV,” the summary continued.

“It helps individuals to maintain their economic security; to access relevant services, and to safely exit to a life free from FDV.”

“Unions, business groups, and victim-survivors all support it. Now the Fair Work Commission does too,” Jenny McAllister, the Labor spokesperson for prevention of family violence, told the SMH.

“Scott Morrison is totally isolated on this issue. He needs to answer the question, ‘why does he still oppose this important reform?’”

The Morrison government has failed to secure paid domestic and family violence leave for victim survivors.

In September of last year, Labor tried to add 10 days of paid domestic and family violence leave to the Respect@Work report in the Senate. The Coalition voted against that addition.

The Government then also voted against 49 of the 55 recommendations in the Respect@Work report.

ACTU president Michele O’Neil described the Fair Work Commission’s decision to support the leave a “historic win”. But she also called for it to be included in the National Employment Standards (NES). That would cover an extra 8.44 million workers, as per the Australian Financial Review.

But including the leave in the NES needs to come from the Federal Government.

“The difference between this entitlement being in the award system and the NES cannot be overstated. Failing to include it in the NES would deny access to millions of working people,” O’Neil said in a statement.

“Scott Morrison must now match the commitment already made by Anthony Albanese to ensure that any of the 11 million Australian workers covered by the NES who needs to escape violence has paid leave to protect their homes and income while they protect themselves and their families.

“We call on Scott Morrison to follow the historic lead of the Fair Work Commission, reverse his previous opposition and to confirm that he will do his  part to ensure that every Australian worker has access to this life saving entitlement.”

10 days of paid family and domestic violence leave is a huge achievement. Now it remains to be seen whether it’ll be granted to all working Aussies.

If you’d like to speak to someone about domestic violence, please call the 1800 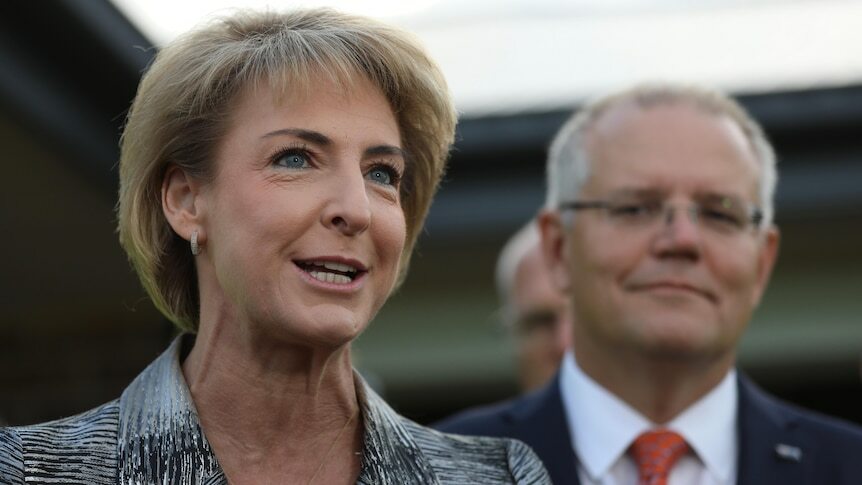 Scott Morrison says Australians know he has the strength to make tough calls during a crisis, and that he will…